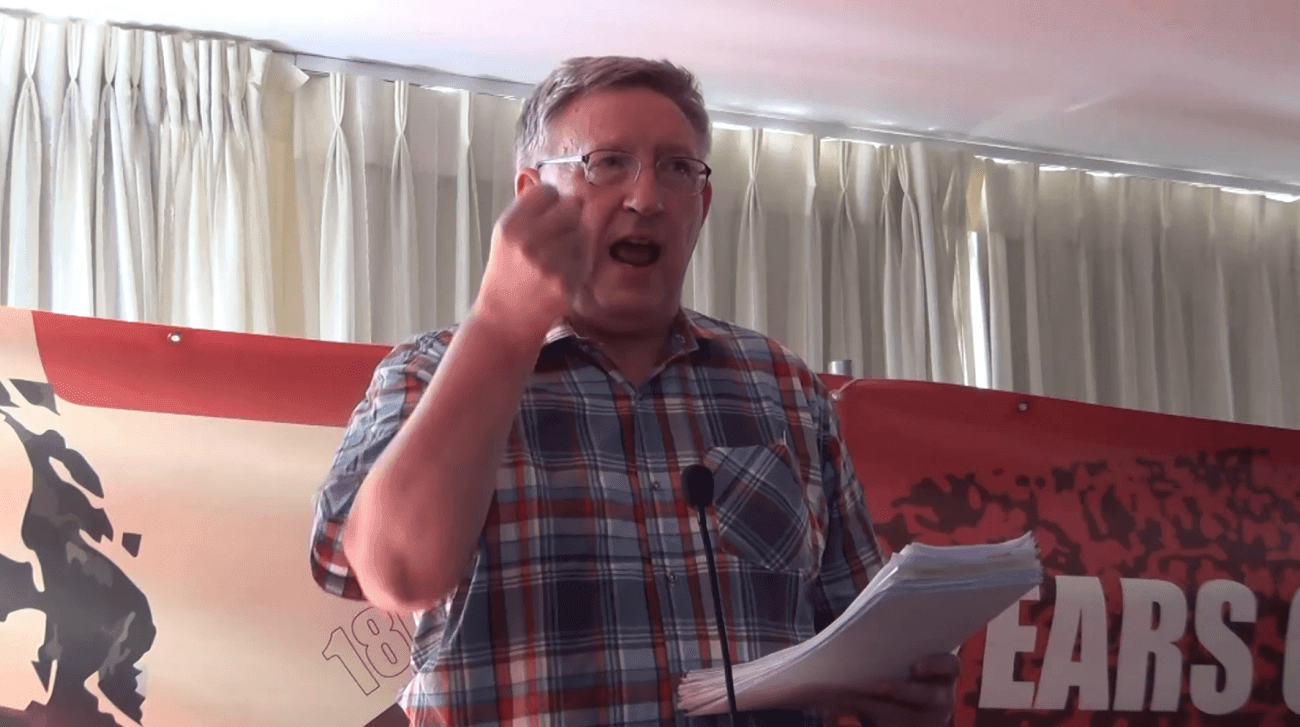 The Workers International League, Socialist Appeal magazine, Youth for International Socialism, the Student Marxist Association, and the Hands Off Venezuela campaign are thrilled to announce the U.S. leg of leading Marxist thinker Alan Woods’ first-ever North American speaking tour. Alan will be visiting the U.S. during the first two weeks of November, coinciding with the U.S. presidential election.

Alan is the political editor of the influential Marxist website, In Defence of Marxism (www.marxist.com). He is also the founder of the international Hands Off Venezuela campaign, and a frequent visitor to Venezuela.

Alan’s articles are widely published worldwide and he has been interviewed on radio, television, and in magazines and newspapers from Venezuela to Italy, Pakistan to Brazil, on topics ranging from philosophy and modern science, art and the class struggle, the Arab, European, and Latin American Revolutions, the history of the USSR and the Bolshevik Party, Marxist economics and the capitalist crisis, books he has authored, and more.

Alan is the author of several books including:

The organizers are actively seeking support and endorsements to make the tour a success. Financial support to help defray costs—international flight, internal travel, room bookings, accommodations, promotion, etc.—is also needed. If you would like to endorse, host, or otherwise help promote and support this tour, please contact us.

Alan is available for media interviews and may be available for additional presentations during the tour. For media contact, and if you would like to be involved in Alan Woods’ first-ever speaking tour of North America, contact us at the address/number below (please leave a message and we will return your call ASAP):

As details for Alan’s events are still being finalized, please check www.socialistappeal.org for the latest details.