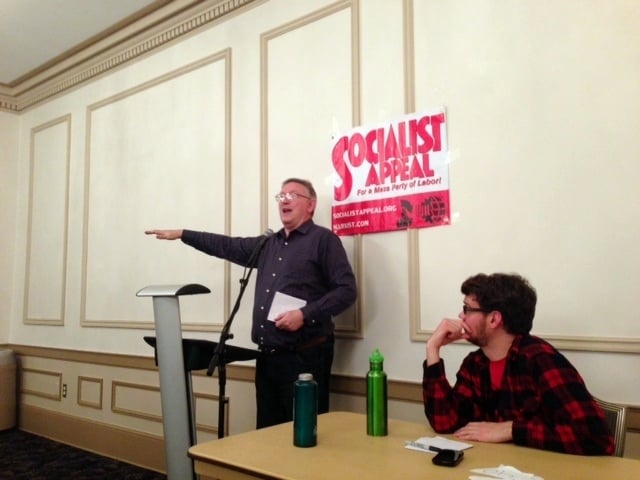 On the evening of November 8, a crowd of over 50 students and workers gathered at the University of Pittsburgh to hear Alan Woods speak at the inaugural meeting of the Pittsburgh Student Marxist Association. The audience listened enthusiastically to a detailed analysis of the current crisis of capitalism, the bourgeois’ flailing attempts to regain normalcy through austerity, and the path to victory for the working class. The excitement of the audience was remarkable, as several questions in the following discussion focused on the theme of “What can I do?” To which the answer was a resounding “get organized!”

Fresh on the heels of the presidential election, the U.S. working class is becoming increasingly aware of their lack of political representation, and, subsequently, the bourgeoisie’s over-representation.The formation of a labor party is the only way that the voice of the working class in the U.S. will ever be heard, and is the first step to stopping the barbarous capitalist system. By joining the WIL, a worker or student can become part of a growing organization dedicated to the ideas of Marxism that is fighting for the foundation of a labor party in the U.S. 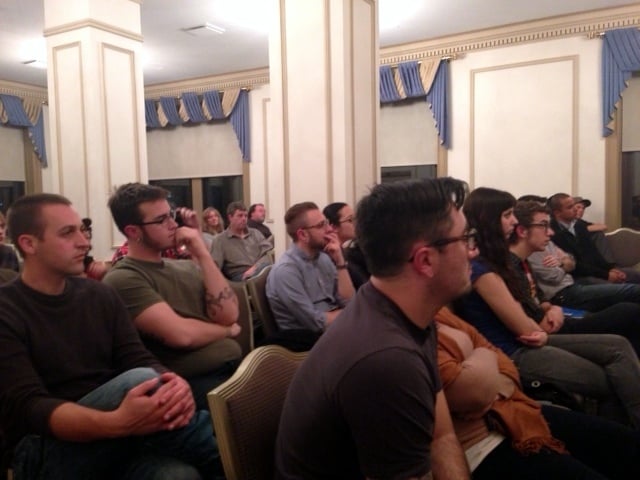 Alan’s first event in Pittsburgh was a wonderful success, and the audience that was eager to receive him left at the end of the evening feeling hopeful and uplifted. As one participant put it when asking what it means to join the WIL, “I’m all fired up!”

Following the WIL’s National Congress this weekend, Alan will be traveling to Minneapolis where several more public events are planned.