Amazon: “Everyone in a Yellow Vest is a Friend”

I recently accepted a job working as an Amazon associate in a local warehouse, an experience that has done a great deal to demonstrate the essential correctness of Marxism and the necessity of socialist revolution. I spend countless hours running around a warehouse, desperately trying to meet quota, in the service of a company that reaped $11 billion in profits last year while paying no taxes. Alienation ceases to be a word and becomes a state of being sometime around 4 a.m., after you’ve scanned your thousandth package and everything begins to blur together before the computer beeps to bring you back to “reality.”

In such moments, the blue-vest-wearing managers assigned to discipline yellow-vest-wearing production workers appear clearly as agents of the class enemy and all human feeling collapses into the desperate desire to revolt—that is, right after getting a little sleep. It is impossible to do this week after week without feeling something is horribly wrong with the world. It is also impossible to stretch a measly $15 an hour into a livable budget while knowing that your employer is the richest man in the world without recognizing the need for class struggle and revolution. 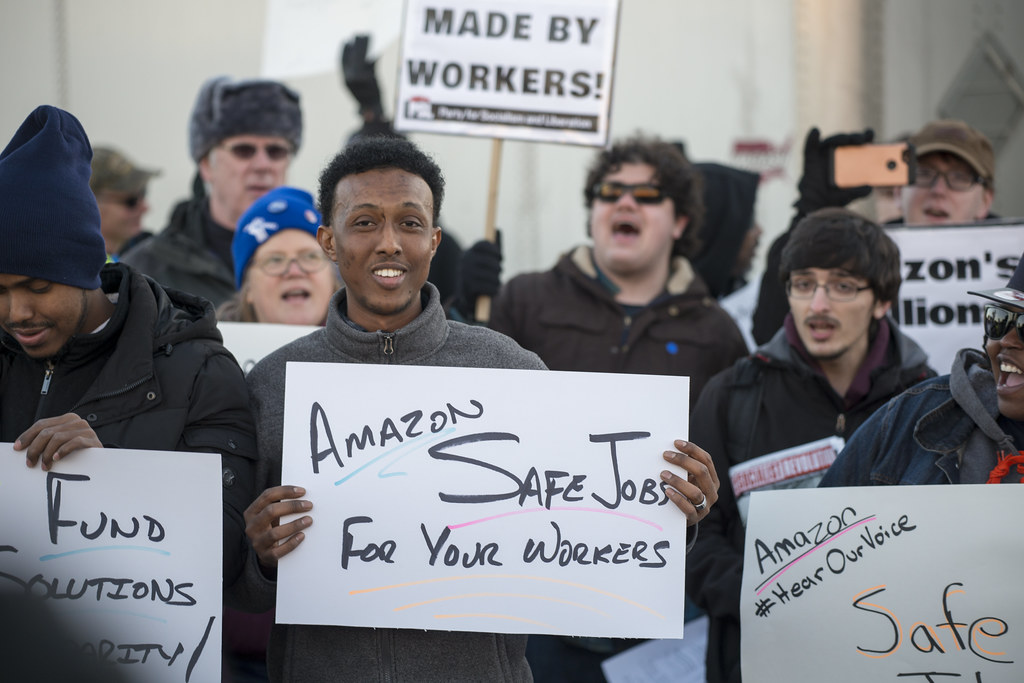 It is impossible to stretch $15 an hour into a livable budget while knowing that your employer is the richest man in the world without recognizing the need for class struggle and revolution. / Image: Fibonacci Blue via Flickr

Interactions with the managers are constantly frustrating, not because of any personal animosity but because of their role in production or, more accurately, their lack of one beyond disciplining the “associates” into accepting whatever the day’s diktat happens to be. Unrealistic production quotas and poor working conditions lead to high turnover rates for warehouse workers. The irony is that we are quite capable of running the warehouse ourselves, something one manager admitted to an overburdened night shift: “You don’t really need me for anything around here.” In fact, if workers were allowed to make real decisions using the experience gained from the shop floor, things would be even more efficient.

The gap in practical knowledge between workers and employers isn’t confined to Amazon, of course, but is a general feature of capitalism. The bourgeoisie has outlived its historic usefulness and now serves primarily to collect profits rather than contribute anything directly to the productive process. Yet its continued ownership of and control over the means of production stands in the way of humanity developing superior forms of social organization. A democratically planned socialist economy would overcome this inherent contradiction by giving workers direct input in the operation of their workplaces.

A planned economy would be geared toward producing socially needed use values rather than commodities to be sold at a profit. Not only would this dramatically raise quality of life, it would serve to massively reduce waste and inefficiency and open countless paths of development now closed by a system that concentrates eye-watering wealth in the hands of a few parasitic individuals. The colossal gains in efficiency made possible by workers’ control and management of the workplace would also be accompanied by a vast expansion in genuine human freedom. For the first time, the majority of humanity would be able to decide its own destiny. Workers would no longer spend their working lives subject to the mysterious whims of computer algorithms programmed to fire workers deemed expendable without human intervention—as is the case today at Amazon. Along with the rest of the Fortune 500, Amazon’s vast logistical apparatus would be brought under public ownership and operated under democratic workers’ control, thereby allowing society to produce and distribute quality goods wherever they are needed with great efficiency. 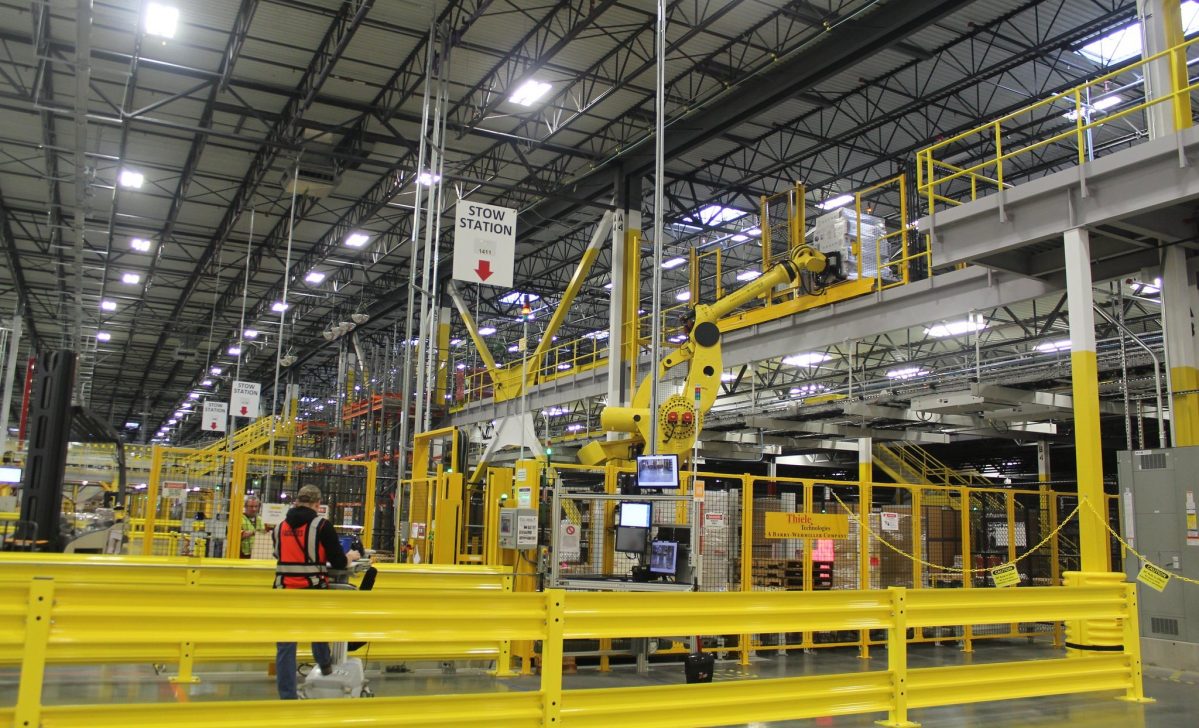 If workers had direct input in the operation of their workplaces, things would be much more efficient. / Image: JBLM PAO via Flickr

But how do we get from today’s reality to socialism in the not-too-distant future? As individuals, workers are vulnerable to exploitation and division. So the first step is for the working class to get organized both into unions and into a mass working-class socialist party fighting for revolution. For a revolution to succeed, the unity of the working class is required, a unity that addresses the needs of all workers and channels their various struggles into the fight for socialism. The workers united can bring an end to the capitalist system that exploits and oppresses them.

As a positive example of what united struggle can achieve, strike action by Amazon workers has pushed wages up to $15 per hour. However, this is still a miserly level, especially when you work for the fifth-largest company in the country, which is why the IMT demands a minimum wage of $25 per hour. Furthermore, as every worker knows, any concessions wrenched from the bosses are constantly under threat of being rolled back so long as the capitalist class controls both the means of production and the instruments of state power. This control can and must be broken but to achieve this, the working class must take power into its own hands. Revolutionary Marxists can help build the framework for a future mass party that can lead the working class to power and transform all of our lives.

The last word may be given to one of my co-workers, who while not-yet-explicitly sharing my revolutionary convictions, expressed the essential principle of class struggle in clearest terms: “We have to look out for each other. Everyone wearing a yellow vest is a friend; everyone wearing a blue vest—that’s the enemy.”