Amazon’s Menace to the Working Class 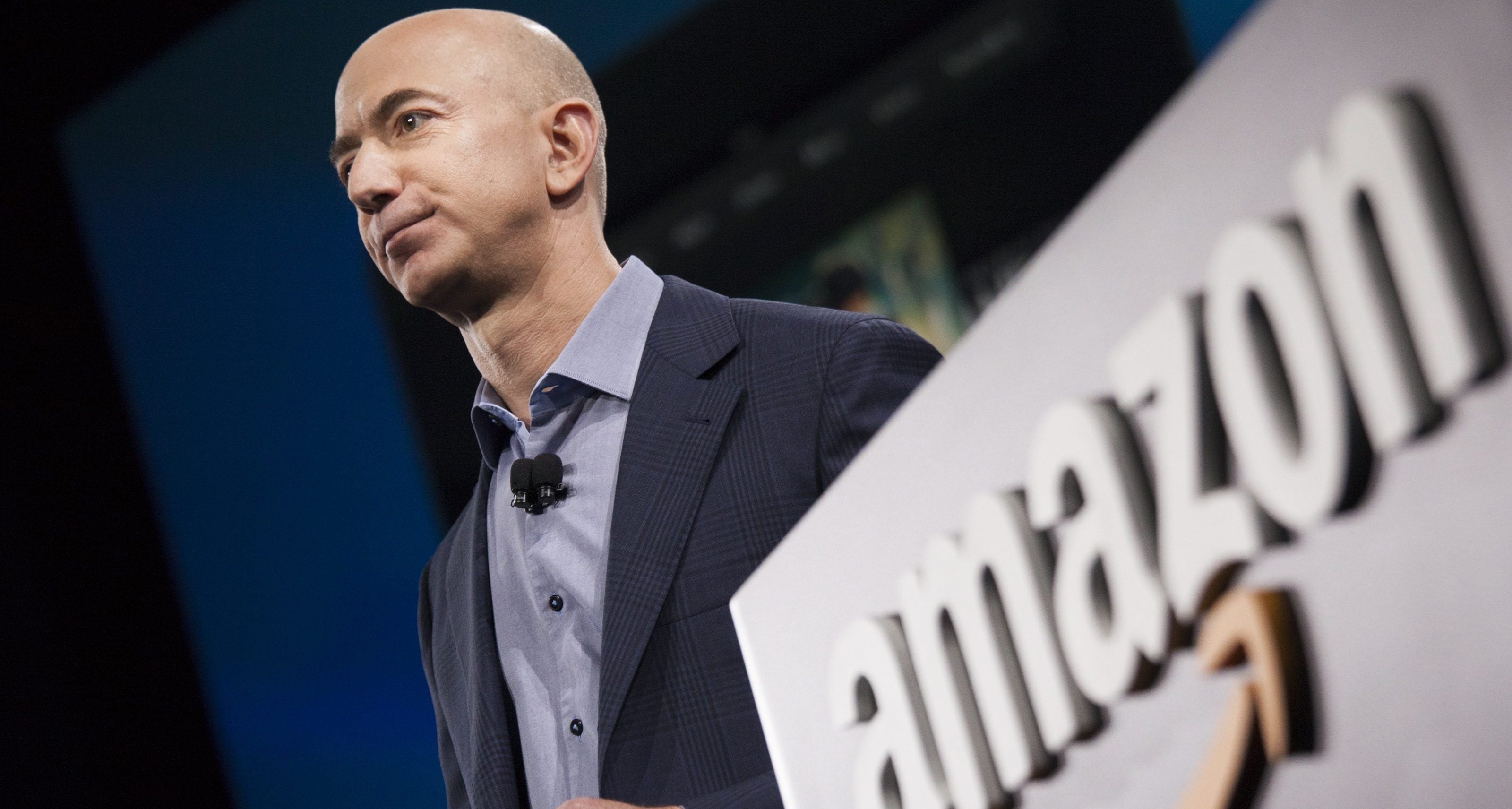 In September, Amazon announced its search for a city to host its new world headquarters, to match its sprawling campus in Seattle. The company published an RFP (Request For Proposal) for cities interested in being considered, citing criteria including “a stable and business-friendly environment.” Amazon claims that this headquarters will create 40,000 new jobs, averaging over $100k each in income. Ominously, the RFP allows that “We acknowledge a project of this magnitude may require special incentive legislation in order for the state/province to achieve a competitive incentive proposal.” Local governments will be expected to alter policy in order to create the environment Amazon is looking for—one “friendly” to business, and not to workers.

There is a long precedent for these kinds of arrangements. Amazon itself has grown to its current stature in part on the basis of significant government support, and recently overtook Wal-Mart as the largest recipient of such subsidies. The growth and expansion of monopoly power mean that the economic choices shaping the world are made, not by any “free” open market, but within the executive suites of a shrinking list of massive corporations, and the government offices set up to serve those corporations. This evolution has at the same time led to ever-increasing profits for the rich, and laid the foundation for the new economy. The conditions for socialism are rotten-ripe, but it will require the revolutionary intervention of the working class to bring the new society into existence.

Workers in the US and elsewhere should indeed demand “special incentive legislation” to coordinate the growth and distribution of Amazon’s resources—in the form of nationalizing Amazon under workers’ control, and democratically coordinating it as part of a planned economy.

While Amazon is the fourth-largest publically traded corporation in the world, it rarely returned profits until very recently. Instead of returning revenues to investors in the form of dividends, Amazon’s practice has been to reinvest in its growth. Of course, this formal lack of profitability hasn’t prevented CEO Jeff Bezos, who owns 17% of Amazon, from becoming one of the richest people on the planet.

Amazon’s rise to becoming a ubiquitous distributor of goods has accelerated since it introduced the Amazon Prime program, where consumers pay a yearly fee in exchange for free two-day shipping on orders. This program required a vast expansion of shipping and distribution centers, which was supported by significant tax incentives and has given the company a physical presence in most US cities.

In addition to expanding to support its core business, Amazon continues to expand into different industries in a process Lenin described in Imperialism: The Highest Stage of Capitalism as “so-called combination of production, that is to say, the grouping in a single enterprise of different branches of industry.” Amazon recently acquired Whole Foods and continues to invest in shipping and retail companies worldwide. Amazon also now occupies a key role in the basic infrastructure of the internet with their cloud computing platform, Amazon Web Services.

When AWS went down in March 2017, it effectively brought a large section of the internet down with it, causing S&P 500 companies to lose $150 million during the four-hour outage.

The focus on growth, expansion, and integration with government reflects the evolution of capitalism in its imperialist phase, dominated by monopolies merged with finance capital and the state. In this stage, the objective conditions for socialism have been met—what is still needed is a revolutionary movement and organization to take power. 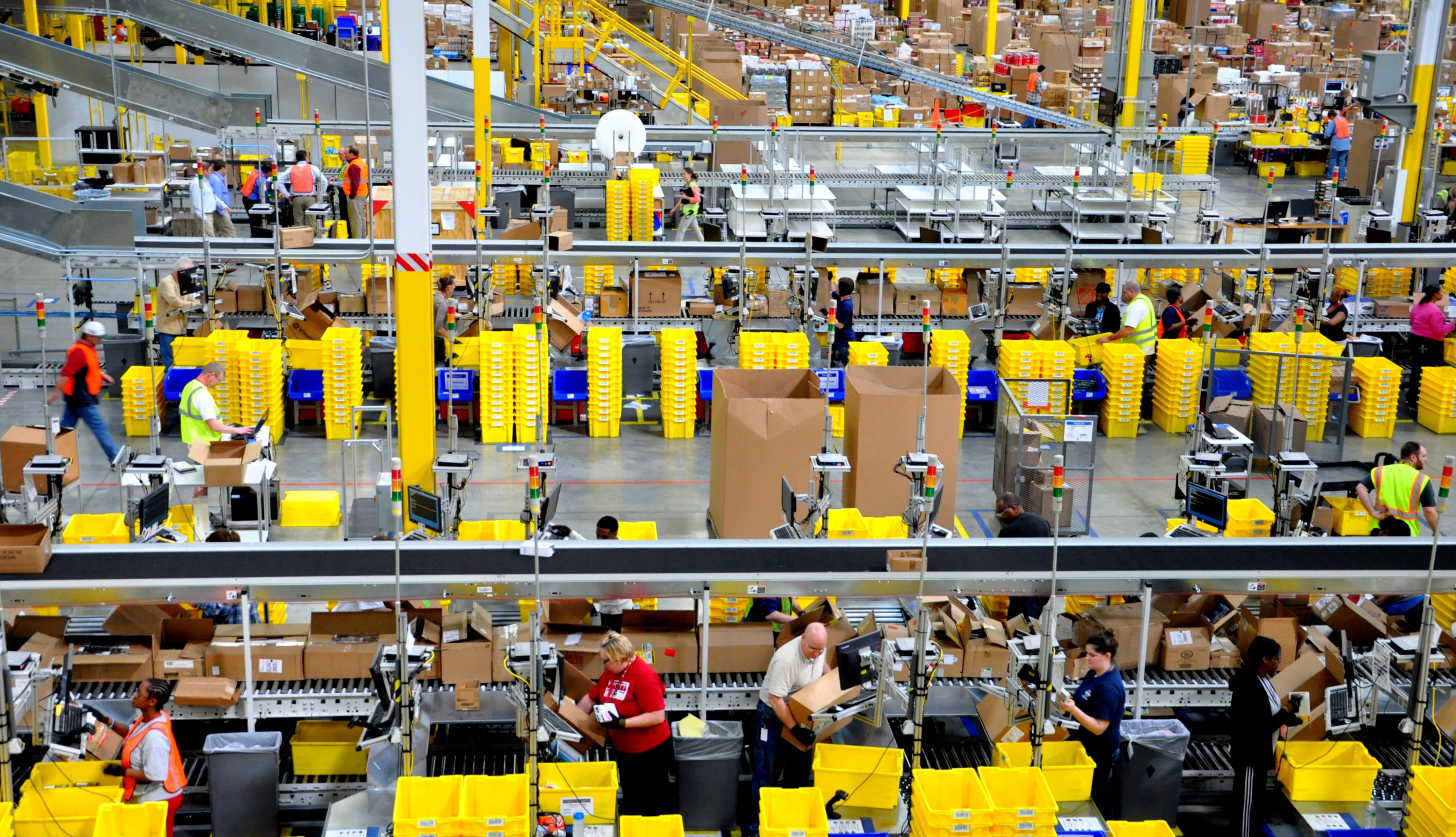 As Lenin wrote in 1916, “Capitalism only became capitalist imperialism at a definite and very high stage of its development, when certain of its fundamental characteristics began to change into their opposites, when the features of the epoch of transition from capitalism to a higher social and economic system had taken shape and revealed themselves in all spheres.” Working-class demands in this situation, therefore, need not be limited to reforms to blunt the effects of Amazon’s expansion—they can and must go further and demand the complete reorganization of the economy.

The reality is that majority of the jobs HQ2 will directly create will be filled by newcomers to the city. US cities are generally experiencing a housing crisis, and whichever city Amazon moves into probably already has a housing shortage. The addition of 50,000–plus new high-wage workers will drive housing expansion catered to their income bracket, accelerating the displacement of existing working-class tenants and the gentrification of working-class neighborhoods.

These workers will also be disproportionately white and male. Forbes reported that “some 63% of [Amazon workers] were male, while white employees made up 60% of the workplace. Those percentages were even higher for employees in managerial positions, of which 75% were male, and 71% were white.” In the specific case of the technology and engineering workforce, women and non-whites form a larger proportion of engineering graduates than engineering hires. This proves that, rather than a problem of labor supply, there exists structural discrimination at every point along the hiring pipeline.

This new set of workers will be incented at every opportunity to put aside their class interest and align with the political interests of the capitalists. As Lenin argues, “The receipt of high monopoly profits by the capitalists in one of the numerous branches of industry, in one of the numerous countries, etc., makes it economically possible for them to bribe certain sections of the workers, and for a time a fairly considerable minority of them, and win them to the side of the bourgeoisie of a given industry or given nation against all the others.”

The emergence of new monopolies in tech creates the basis for a new wave of bribes, increasingly centered on software engineers and other high-income workers. This effect must be countered by the Marxists. To build a socialist world, the technical assets of the world’s largest corporations, including Amazon, must be taken into public ownership and brought under democratic workers’ control. Much of this infrastructure is staffed in large part by workers who receive relatively more crumbs from the capitalist table, and there exists a need to spread revolutionary ideas into this layer.

Instead of a rational plan, the decision on HQ2 will be an agreement between billionaires, millionaires, and the politicians who represent them—and will serve their interests. The fusion of enormously concentrated corporate power and government, as depicted in Amazon’s RFP, contains a distorted image of a planned economy. Capitalism is far past the point where some “efficient” market equilibrium plays the decisive role in shaping its development. Production has been so socialized, and profit and management so centralized, that the conditions are ripe for the working class to seize control and redirect the forces of production to a progressive future. The basis exists to provide abundance for everyone and the revolutionary expropriation of the tech capitalists will help lay the foundations for a new society.