American Democracy in the Days of The Donald 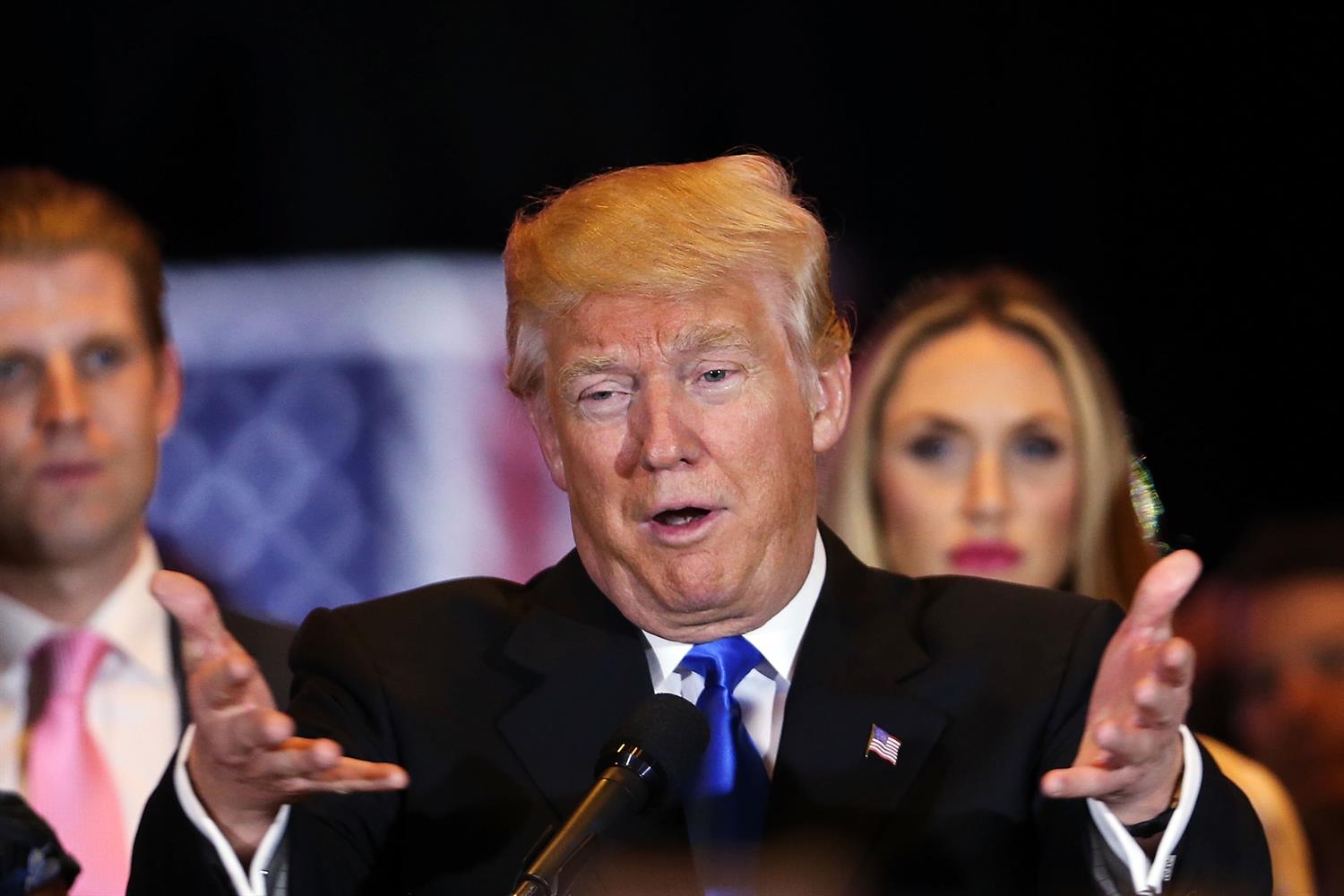 August 2016 marks the one-year anniversary of Donald J. Trump occupying a space on every smartphone, desktop, and television across the country. For all of his successes and scandals, he is a spectacular specimen of the sheer absurdity of capitalism’s survival long past its “expiration date”. The man confounds all formal laws of electoral logic. His campaign seems like an overdone sardonic joke, simultaneously humiliating the establishment and himself.

To comprehend this peculiarity, we must start with the crisis of capitalism from 2007 to the present day and the obsolescence of the system in the broader historical context. The century-old conditions of monopolist centralization of the economy into the hands of finance capital, the rise of one or several great imperialist powers that dominate the whole of the world market, and the maturation of the working class as the strongest social force, should have long ago closed the curtain on a system based on commodity production and exchange, individual ownership of social production, and the nation state. But the plain fact is that no organized force has yet succeeded in bringing about the world socialist revolution, and this historic dereliction has allowed capitalism to develop far beyond the limits of its progressive stage. Form has not only lost content but is beginning to lose itself. All of the traditional capitalist institutions are under stress and undergoing chaotic and peculiar transformations. As economic boom and bust intensifies, the capitalist norms of economic and social instability return on a higher and more volatile level.

The establishment chatters on about the grave threat Trump represents to democracy, the oppressed and vulnerable, and to civilization itself. Such alarmism adds insult to the injury already inflicted upon these parties by the status quo. Ultimately it is also unconvincing. Trump taunts and threatens refugees. But it was Hillary Clinton’s policies that created them. Whatever outrageous words about Muslims and Mexicans spew from Trump’s mouth, Hillary has real blood on her hands: as former Secretary of State, and before that, a leading figure of the Democrats in the Senate, she has played a key role in the dismemberment and mangling of whole countries: Syria, Libya, Iraq, Ukraine, Honduras, Venezuela, Greece, and many more.

In 2011, Trump launched his political adventure by championing the Birther “movement,” a conspiracy theory about Obama’s national background. In 2008, Hillary Clinton helped plant the original seeds of this racist myth, even leaking photos of Obama in traditional East African headgear in one attack. In many ways, the Bill and Hillary Clinton legacy represents the conditions that opened the door to Trump, a legacy of NAFTA, the ruinous pursuits of American imperialism in decline, and moral and political corruption. Of course the Republican side of the establishment is just as guilty. For years they sowed the seeds of right-wing demagogy in their party for cynical electoral purposes, and now, as the harvest threatens to uproot them, they are unable to resist an opponent who cultivated his brand name recognition on reality TV. The question must be put to these ladies and gentlemen of high society: what specifically is it about Trump that supposedly threatens democracy, decency, and humanity everywhere? After the last eight years, it cannot be racist dog whistling, an art already widely practiced by so many on the invite lists of Washington DC’s most dignified social functions and clubs.

In the 1930s, Leon Trotsky explained that capitalism knows three political epochs: 1) Jacobinism, in which the left wing of the petty bourgeoisie imposes on society revolutions that the capitalist class requires but cannot agree on as a whole. 2) Parliamentary democracy, in which different competing millionaire candidates collectively represent the general interests of the whole billionaire class. 3) Fascism, in which the capitalists summon reactionary hooligan mobs to put down the workers’ movement, sacrificing the expediency and stability of democracy in the process. Trotsky’s prognosis, however, could not anticipate the aberrant longevity of our terminally ill patient, capitalism. The protraction and distortion of the last seven decades, buttressed by the post-WWII economic boom, generally preserved and reinforced the forms of bourgeois democracy in the rich imperialist nations.

European parliamentarians lament the appearance of “American-style democracy,” in which political differences between parties gives way to sparring matches between personalities. This norm of American democracy—in which there are elections but nothing to vote for—is the product of the American labor leaders’ failure to furnish a political party of the working class. The tendency for other capitalist democracies to organically mimic this condition exposes the hollowness of capitalist democracy today. Meanwhile, in the ex-colonial countries still dominated by imperialist powers, the depraved character of the state and the politicians betray the false nature of capitalist society’s claim to a “democratizing” and “civilizing” mission.

Trump, a consummate individualist personality of modern capitalist culture, does present a break with the norms of capitalist democracy in one way. Instead of a millionaire representing the interests of many billionaires, he is a billionaire in it for himself and will happily rock the boat for his short-term objectives and even personal amusement. What separates Trump’s proposal to ban Muslim immigration from Clinton’s proven record of bombing Muslim homes is not a difference in fundamentals but his personal brashness and brand of unimplementable utopianism.

Clinton, by contrast, is a prototypical bourgeois politician of the post-Soviet Union years of American capitalism: arrogant, uninspiring, and robotic, boasting a solid record of representing the interests of billionaires in general. Logically, she is the favorite of both the Democrats’ and Republicans’ traditional Wall Street donors. But Trump’s one-man-show has a particular appeal for a layer of Americans who harbor a certain unsophisticated disdain for the status quo. 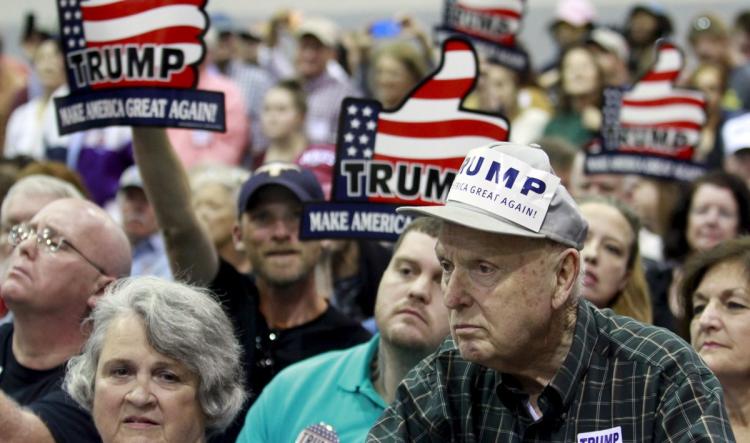 The middle-class thinkers and talkers of official society have been quick to blame a backward working class for Trump’s unseemly populist appeal. However, Gallup’s August survey of 87,000 Americans reveals something different. Trump supporters are more likely to have higher incomes, be self-employed, live in areas with white poverty and low intergenerational mobility, and be employed in sectors dependent on manufacturing. They are less likely to be unemployed, educated, or directly affected by outsourcing or immigration. The image emerges of a small proprietor or professional in an isolated, preponderantly white area brooding as he watches his neighbors sink into suburban or rural poverty. Marxists explain that it is the petty bourgeois who are prone to the charms of right-wing demagogues. Workers may passively support both status quo politicians and “anti-establishment” demagogues for lack of an alternative. However, workers ultimately mobilize in class struggle, which organically requires class unity, and must break with the divisions imposed by capitalist chauvinism in all its forms.

This is what separates a Marxist analysis of right-wing threats from that of the liberals and reformists. One is an idealist interpretation of the metaphysical forms of passing social and political currents. The other is the materialist understanding of these currents’ historical origins and the context of their development. As we have explained in Socialist Appeal many times before, the working class dwarfs all other classes in numbers and social weight. Nazi-style fascism is nowhere near around the corner. Only if repeated revolutionary upsurges by the workers are defeated could the basis be laid for its return as a serious contender for power, and even then, only theoretically.

Many Trump supporters reacted to Sanders’ plight in the Democratic Party with instinctive respect. A bold, steadfast socialist campaign could attract many supposedly unlikely recruits. Revolutionary socialists can offer an outlook of scientific optimism that will contrast favorably with the hypocritical fear-mongering of the establishment.

Trump’s appeal is no great mystery. Politicians of both capitalist parties are truly “lyin’, crooked, low-energy dirtbags” who act against the interests of the many. For many people, it is “common sense” to “put a businessman in there” who “knows how to make money” and can “get stuff done.” It will be very interesting if “the businessman” does get in there. A Trump administration would be a farce and a flop. This would provide a profound lesson for American workers on the talents and trustworthiness of “businessmen” everywhere.

While Marxists have no interest in either a Trump or a Clinton presidency, we are confident that the workers’ struggle can clarify matters whichever scenario unfolds. In these days of capitalist crisis and mayhem, both the potential and the necessity for a mass socialist party of the working class is staggering. If you agree with our program, please contact us to get involved in the fight for socialist revolution.