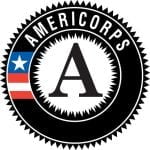 In December, Obama presented a handful of measures he planned to carry out once in office. Among these was the expansion of the AmeriCorps program. In April, the $5.7 billion expansion was approved. Over the next eight years, the AmeriCorps program will grow to include 225,000 participants annually, up from the current average of 75,000.

Volunteers in the program work in teams assigned to various projects focused on the environment, education, public safety, “unmet needs,” disaster relief, etc. This is all well and good, but the program is nowhere near being a true “mass program of public works,” nor is it a grass roots movement of any kind.

In reality, the program has a very limited scope given the scale of the current  economic crisis. It does not fill the need for a massive program of public works to provide millions of quality unionized jobs and rebuild the country’s crumbing infrastructure. Rather, it is little more than a national civic service effort and a way to channel the energies of enthusiastic young people who want real “change” into small projects that have no real impact on the fundamental cause of the crisis: capitalism.

The scale of the program’s wage of “about $200 every two weeks before taxes” (according to their website) and education money make the program attractive to young people entering college who are unable to afford the skyrocketing costs. This was the driving factor for the introduction of the program under Clinton; i.e. to avoid confronting the root cause of the rising costs of a college education.

The need to expand the program to absorb more of these would-be students  goes to highlight how many more working class families are coming up short when it comes to paying for their children’s education. This will only get worse with the lending freeze and as the crisis deepens. The real solution to this situation is free, quality education for everybody. How could this be paid for? Cutting the defense budget would be a good place to start! Obama, however, sees the situation differently in relation to the program:

“I promise you your life will be richer, our country will be stronger, and someday, years from now, you may remember it as the moment when your own story and the American story converged, when they came together, and we met the challenges of our new century.”

Obama, using his “community organizer” credentials, has said, “I’m asking you to help change history’s course, put your shoulder up against the wheel,” as well as calling the program’s volunteers “force multipliers.” This is nothing new. Many presidents, notably FDR and JFK, but even GW Bush, appealed to national pride and made calls for expanded volunteerism. From JFK’s “ask not what your country can do for you – ask what you can do for your country,” to Bush’s increased funding of AmeriCorps post 9-11 for “Homeland Security and disaster response” purposes, both Democrats and Republicans have used the idea of “national unity” to blur the class lines in American society.

When viewed in this context, this program is actually a step backwards in terms of “activism” for the huge reserves of people who volunteered for the Obama campaign. With his massive electoral victory, it is not inconceivable that Obama could have called for a national referendum on some of the main issues weighing on millions of minds: the economy, health care, the wars, the environment, etc. Real debate, discussion and action could be taking place at the grass roots level. Rather than merely volunteering in a bureaucratic program, American workers and young people could be directly participating in shaping their own destinies.

But there is a problem with this perspective: the interests of the American working masses are directly opposed to those of the U.S. ruling class. Obama can only serve one master! So, while the wars rage on, health care remains for profit, billions are given to the big banks, public education gets privatized away, and all the rest, the decidedly “feel good” AmeriCorps program asks us simply to “serve the nation.”

As Marxists, we believe that the working class, acting in its interests, can fundamentally change society and bring about a world of genuine peace and plenty for all. However, this requires the organization of our class, of by and for ourselves. No other class will do this for us. Far from wanting to unleash the creative potential and energy of millions of Americans, Obama’s task is to keep that energy within “safe” limits; safe for capitalism to continue.

The political possibilities of the next few years will not be decided from the sidelines. The harsh realities of life under capitalism will shape people’s consciousness and the course of events. Out of fear of the consequences of the crisis, Obama may well be forced to carry out this or that minor reform that superficially improves the condition of the working class. However, one thing we should definitely not expect is for Obama to open the floodgates to any true, direct participation in politics by the U.S. working masses. Nor do we need him to; this is something we can and must do ourselves! But to do this, we  need our own political party based on the largest and most powerful organizations of our class: the trade unions. A mass party of labor based on the unions would have tremendous resources behind it and the real issues working people face could be addressed frankly, openly and directly by the working class itself.

Many people have sincere illusions in Obama and the Democrats. But if Obama and his party continue to maintain the rule of the big bankers, stock holders, and war profiteers, then what other choice is there for the advanced layer of our class than to build a political party that can truly fight for real, fundamental change?

All the energy and enthusiasm of the young people signing up to join AmeriCorps and other such service-oriented programs could be harnessed to help the unions build such a party. Ultimately, that energy could be used to help build an entirely new society: socialism.  Join the WIL to fight for the perspective of a world run by and for working people.