Another Storm Shows the Bankruptcy of Capitalism 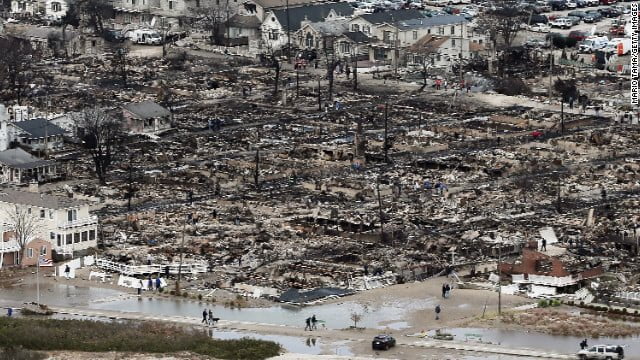 Now, we see the northeastern United States get hit by Hurricane Sandy. Millions are still without power. Mass transit is suspended. Whole neighborhoods were burned out. Dozens have been killed, including 24 in New York City alone.

Why did this happen? 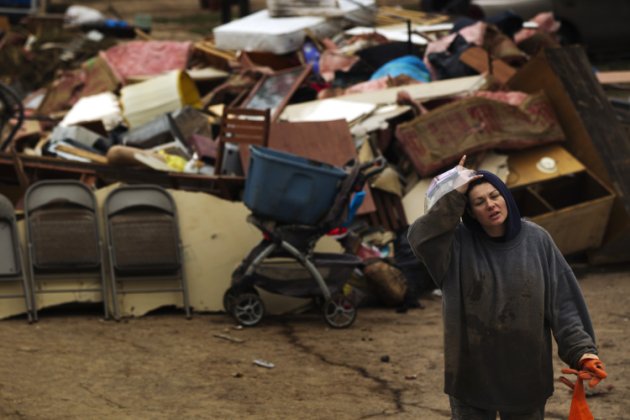 For more than a decade, there has been a discussion of global warming and all of the dire consequences that will result from this. What concretely has been done to address this? Have the resources of society been harnessed to find a long-term structural solution? To ask the question is to answer it. If there was profit to be made, lots would be done. But capitalism does not direct resources to meet the long-term needs of humanity. It directs resources to maximize profit now!

Even if climate change is not caused by human activity, there is no dispute that this is happening, and there are consequences that are being felt and will continue to affect us. Flooding and disasters are no longer “third-world problems”; these things affect every corner of the planet. So what are big business and their government doing about it? The “invisible hand of the market” does not seem to be responding well—it really is invisible! In this age of cutbacks, the government is doing very little to prevent these disasters before they strike! Austerity means emergency services are cut and reinvestment in infrastructure is minimal.

Decay of Capitalism = Decay of Infrastructure

American capitalism is in serious decline. This means that the standard of living is being driven down for the vast majority, while the 1% increase their riches. This also means that basic infrastructure is falling apart. During the 1950s, when capitalism was in a prolonged boom, they built the interstate highway system, including hundreds of bridges and tunnels. Now these are not being replaced or rebuilt as they need to be. Hurricanes Katrina and Sandy showed once again the inadequacy of the infrastructure, and we all remember the bridge collapse in Minnesota during rush hour a few years ago.

Under the present system, there is no adequate preparation for environmental disasters. In contrast to this, a socialist planned economy with workers’ democratic control would invest the necessary resources to update and expand the basic infrastructure in transportation, energy, housing, water, garbage disposal, etc. This would be done in an environmentally friendly way. These kinds of investments would create millions of much-needed jobs, providing useful employment, with union protections, wages, and benefits. We can build in such a way as to anticipate these natural disasters, which scientists have been predicting for years.

We know that more such storms are on the way in the coming years. The technology is there. The resources are there (the Fortune 500 companies alone are sitting on over $2 trillion in cash.). And still big business and their political mouthpieces, the Democrats and Republicans, scream that there is no money for these projects. But they had trillions available to bail out the Wall Street banking, insurance, and financial services industries!

Society needs to plan housing in a way that makes sense for people. Capitalism created huge cities where jobs and cultural institutions are concentrated in relatively small areas of land. Then there are huge swaths of the country where few people live, and there are not many jobs or cultural options.

Under the present system, many workers are forced to endure longer and longer commutes, since they cannot afford to live in the city, but must work there. This effectively increases the length of the work day (which is not only unpaid, but must be paid for by the workers themselves). In a rational society, the population would be spread out more evenly. There would be entertainment, cultural, and educational institutions in all communities. Communities planned in this manner would increase the quality of life, both in and out of the cities.

It also does not make sense for so many homes to be concentrated on beaches. Residences on a beach should be seasonal and available to all who want to vacation by the shore (on the basis of a kind of collective time-share). If people could vacation by the beach but live more inland, disasters such as this would not be able to take such a horrific toll. In cities such as NYC, much of the electricity infrastructure is underground. This means that power losses are less frequent in NYC. But in most of the country, the lines run above-ground. If more electricity lines were already running underground, the power losses that hit NJ and Long Island would have been greatly reduced.

Capitalism is horror without end—even in the USA!

Many scientists believe we are in a new era of “super-storms,” as sea levels rise and global temperatures increase. If you watch the news reports, you see the people who were hurt by the Sandy. We see the casualties. We see how long it will take to get back to “normal.”  The most frustrating thing is that we know similar storms will again hit and that nothing fundamental will change as long as capitalism continues. After Katrina, did this change anything for New York and New Jersey?

Along with austerity, this is the “new normality” under capitalism. Neither Obama or Romney can offer a solution to the crisis of the system. Both of them are jockeying to look “presidential” in the face of the disaster, cynically offering condolences to the victims. At the same time they are both campaigning on similar platforms that would cut social services and programs while spending billions on the military, and investing little to nothing to really address the country’s crumbling infrastructure.

The lack of response to climate change is yet another reason why we need a mass labor party with a socialist program. It is only by collectively mobilizing society’s enormous resources that we can address these problems. Only socialism can provide jobs and higher wages, while taking measures to deal with global warming. Only socialism can deal with the need for new infrastructure and housing to deal with climate change, whether or not it can be reversed at this point. Only socialism can give people hope and a better life against the cynicism, negativity, and sinking quality of life of decaying capitalism.