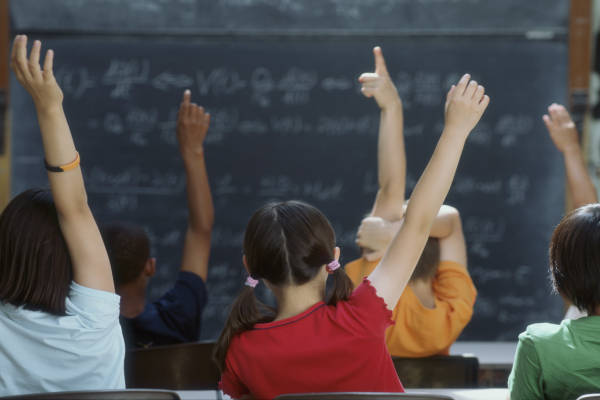 State-funded schooling is seen as a pillar of so-called Western Democracy, educating all children regardless of race or income to create a smarter and stronger society. However, under capitalism, genuine equality in education is impossible, so long as a small minority can accumulate private property while others have to work just to survive. The Founding Fathers envisioned a system of common schooling where all students would learn the same core of reading and writing, as well as how to be good citizens. But the logic of private capital accumulation will never allow this.

While the first public school in the United States opened in 1635, compulsory school attendance was not mandated in every state until 1918, often passed alongside child labor laws. Federal laws such as the 1946 National School Lunch Act, expanding access to low-cost or free lunches to low-income students, and the Individuals with Disabilities Act, first passed in 1975, ensuring free education to students with disabilities, represent a step forward. However, huge disparities remain in public education, and even these modest gains are under attack. It should be noted that all of these gains were the result of working-class struggles in the U.S. and around the world.

Some of the earliest advancements in public education came in Massachusetts, one of the wealthier states from its founding. Even before the Civil War, public schools were better developed in the northern U.S. than in the South. During Reconstruction, advances were made in public education, especially for blacks, but this was cut across by Jim Crow. To this day, public education in the southern U.S. generally falls behind the North.

The National Association for Educational Progress consistently ranks states in the southern and western United States as achieving the lowest literacy and math skills in the country. With southern U.S. segregation laws like Separate But Equal, black youth were always at a disadvantage, as not only were black schools underfunded and teachers paid less, but because economic opportunities for blacks were few, the surrounding communities themselves had fewer resources to dedicate to improving the schools.

However, the North was not much better on this account. De facto segregation led to similar conditions as in the South. A majority of black youth attended nearly all-black schools. The phenomenon of “white flight” in the 1970s, where whites and middle-class blacks moved in large numbers to the suburbs around major cities, sucked out resources for funding inner city schools, leaving public schools mostly dependent on state funding to continue to run. This affects all working-class and poor youth, with blacks and Latinos hit hardest.

Today, the patterns of uneven development in public schooling established in the first few centuries since the settlement of the United States continue, with the crisis of capitalism deepening the impact of poverty on public schooling. Because at least half of public school funding comes from local communities, schools in richer areas have access to more money and better resources. Lower-income areas, including many inner city schools, face diminishing investment, as millions of Americans lose their jobs or are forced into precarious and lower-paying employment, and state governments balance budgets by passing austerity programs on school funding. Governor Chris Christie made sweeping cuts to New Jersey school budgets in 2010, with the steepest cuts made in school districts in Newark and Camden, two of the poorest, and most racially polarized cities in the state.

The wave of austerity for public schools was highlighted in the March announcement that 54 public schools in Chicago would be shut down, the most schools closed in one year in any city in the U.S. All of the schools are located in poor, and mostly in black and Latino neighborhoods, affecting 30,000 students and 1,000 teachers. Union reps argue that the already high dropout rates will rise further, as students will be discouraged from attending schools far from where they live.

While decades ago, a high school dropout might be able to find a steady job in manufacturing, most jobs today require at least a high school degree, even in low-wage work. Chicago youth face a statewide un- and underemployment rate of 72% for those 16 to 19 years old, while for black households making $40,000 or less it is 94%. As long as austerity is posed as the only solution to the crisis in public education, the material conditions for youth will continue to worsen.

Also notable is the case of Detroit, which has faced a massive economic crisis since the signing of NAFTA by Democrat Bill Clinton. Workers who previously enjoyed high salaries and extensive benefits thanks to a strong and active union, now find themselves struggling to hold onto jobs, houses, and livelihoods. The city’s population has dropped more than half since its peak in the 1950s. Public schools throughout the city, faced with critically low attendance and funding, have been closed down or simply abandoned.

Former Governor Jennifer Granholm appointed Robert Bobb, president of Washington DC’s board of education, as the Emergency Financial Manager for the Detroit Public School system. Unlike the regular board of education members, who are elected and supposed to be accountable to their district, Bobb had no ties to an electorate and thus had no problems with accepting nearly half a million dollars from private foundations pushing for school privatization and signing over nearly every Detroit public school to a private economic management corporation. And the cherry on top—the deficit he swore to eliminate has only increased.

One alternative put forward by both Democrats and Republicans is opening more charter schools in troubled areas. Charter schools are privately run and non-unionized, but receive public money along with private donations. Proponents claim that the schools perform better than public schools and increase opportunities for disadvantaged students. But major studies from Stanford and UCLA refute both these claims—while charter students perform no better on tests, they exacerbate existing patterns of educational disparity.

As part of his privatization effort, Bobb pushed for a complete elimination of public schools, to be replaced by charter schools. Similar efforts were made in New Orleans after Hurricane Katrina. A few charter schools are fighting for unionization, but on the whole, the strength of the American Federation of Teachers and the National Education Association, built up over decades, is severely undermined by these efforts, just as “Right To Work” legislation weakens labor unions around the country.

The teachers in Chicago have started to show how to fight privatization, closures, and austerity, starting with the strikes in September 2012, and coming to the streets again after the announcement of the new closures. The teachers have built ties with the parents and community members, who see the future of their children—and their communities—being wiped away. The NEA and AFT must stand up to the scourge of underfunding and privatization. Other unions should call solidarity strikes to strengthen the impact of the teachers’ strikes, bringing the whole economy to a halt to show the importance of education for the well-being of everyone. Only with the participation of all workers can the hand of austerity be stopped.