Betrayal and Disgrace in the Canadian Auto Parts Industry 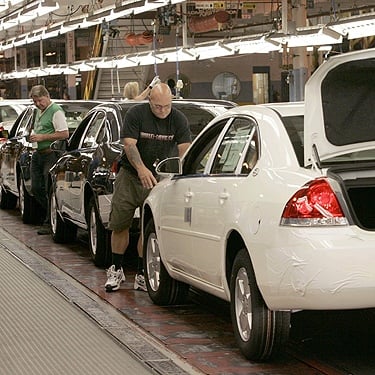 The top officials of the Canadian Auto Workers (CAW) recently manufactured a novel way to negotiate a contract.  Lie prone before management, grovel in the dirt, and then direct the workers to relinquish almost everything of value to the company. Beware!  This innovation might be migrating to the U.S. soon. 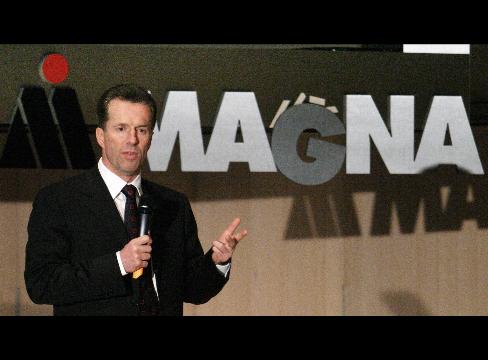 The company in question is Magna, an international conglomerate based in Canada, which, with 61 plants, is the largest manufacturer of automobile parts in that country.  Here in the U.S. it also owns some auto parts plants in addition to being the largest horse racetrack owner.  However, in the last 3.5 years the company lost $350 million on its racetrack operations.

In order to enhance its prospects of officially representing the workers in the Canadian plants, which employ approximately 19,000 auto workers, the CAW officials handed management a staggering array of concessions in what is referred to as the “Framework of Fairness Agreement,” which will restrict all future negotiations within its boundaries.

The union officials have agreed, for example, to eliminate shop stewards, the people who are usually elected by the workers in each department so that when a worker or the union believes he or she has a grievance against the company, the shop steward is informed in order to trigger the grievance process.  Instead, there will be a single “employee advocate” for the entire plant where management will play a key role in this person’s selection.  The union officials have also given up a traditional pension plan in favor of some kind of company stock options.  The value of this alternative is that it introduces a level of suspense into the workers’ lives:  they never know for sure if they will have a pension when they retire since it will be entirely dependent on the vagaries of the stock market.  But the CAW concessions reach a stunning climax with their abrogation of the right to strike – EVER! 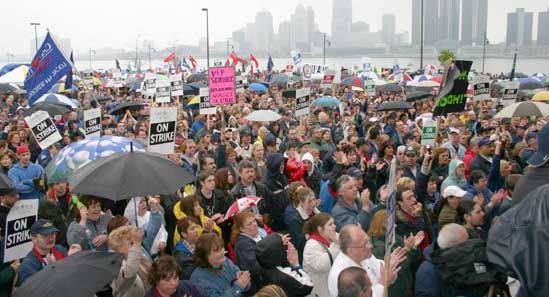 Workers join unions because they see the union as an institution that can fight for their interests. But if the “Framework of Fairness” carved out by the top union officials is not challenged by the rank and file, the union will be converted into a company union. Given that the only effective weapon at the workers’ disposal, the strike, will have been surrendered, the union will be reduced to pursuing solely the interests of the company in its never-ending quest to increase profits.  Already, Bruce Allen, Vice-President of CAW Local 199, described the Magna deal as “a betrayal” of the reasons why the union broke away from the United Auto Workers in the U.S. in 1985 and added:  “We took a position predicated on maintaining our adversarial relationship with employers and the right to strike is fundamental to that.  The reason why workers form unions is because our interests are different than the employers.”

In return, Magna has promised that it will remain neutral during organizing drives conducted by the CAW at the company’s plants.  But with these suicidal concessions, one wonders why Magna doesn’t volunteer to help the CAW organize its entire workforce. All of these concessions flowed directly from the CAW officials’ determination to adopt the so-called enlightened “partnership philosophy” between the union and management.  There will be no strikes, no lockouts, but the union and management will supposedly proceed harmoniously down the production path together where increasing productivity and raising profits are alone conceived as the common good.

The problem, however, is that the so-called “Framework of Fairness” is situated within a larger framework, constituted by capitalism, and the laws of capitalism have their own inexorable logic.  Capitalist businesses compete against one another, and in order to survive, each business is compelled to lower its production costs, including the cost of labor, in order to undersell and consequently drive out of business the competitor.  With this agreement, the union bureaucrats of the CAW have essentially given the company a green light to reduce labor costs, benefits, and work rules to a minimum.  Having relinquished its most potent weapon, the strike, the workers will be in no position to resist anything at all imposed by management.

One might wonder why union officials would seek to cement a partnership between workers and the company since it will barely be distinguishable from a partnership between predators and their prey. One simply has to be reminded that the disastrous results of this agreement will only be suffered by the workers, not the union officials who negotiated it and who often enjoy the best of working conditions at the expense of their membership.

But it would be wrong to place the entire blame at the feet of the CAW officials.  The partnership philosophy has been trumpeted by the AFL-CIO officialdom for decades, and this agreement is simply its logical conclusion.  Ironically, however, if this agreement prevails, it will succeed in transforming the union into its opposite since it will reduce union representatives to policing their own spirited membership in order to stamp out any acts of rebellion. With union democracy officially abandoned, the basis of union solidarity will be dissolved. Instead of workers voluntarily coming together to defend their common interests, they will be led to the slaughterhouse one by one. For this reason, the rank and file must do everything in its power to recapture control over the union, cancel the agreement, and march together to fight for their common class interests. In the final analysis, Canadian and U.S. auto workers must join together in a common struggle to end exploitation caused by a system that only values profits.