Britain: Death of the Queen 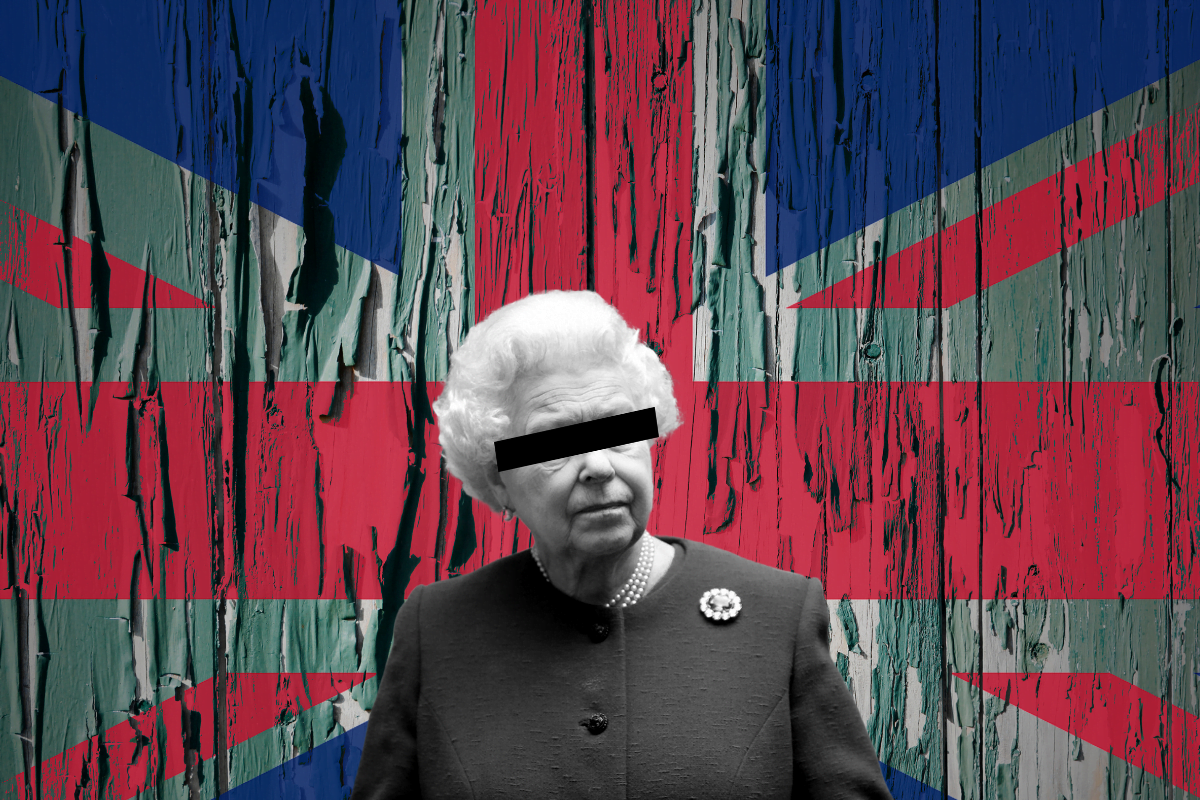 As the country’s longest-reigning monarch, Queen Elizabeth II represented a bygone age of stability. Her passing marks the beginning of a new era of crisis; another crumbling pillar of the British establishment, heralding revolutionary upheavals.

It was inevitable. A BBC presenter interrupted Bargain Hunt to deliver a statement from Buckingham Palace.

Some had already jumped the gun. Yalda Hakim, host on BBC World News, tweeted an apology after posting that an announcement had been made that the Queen had died.

But it was the BBC announcement and the rushed gathering of the Queen’s family—sons, daughters, grandchildren, in-laws, princes, and princesses—to Balmoral that said it all. Even Prince Andrew dared to show his face, as his mother breathed her final breath.

From stability to turmoil

The departure of Queen Elizabeth II, the UK’s longest-reigning monarch, in many ways represents the end of an era. But what a gaggle she has left behind.

She was on the throne for 70 years—and what years!

Elizabeth was very fortunate to have ascended the throne at the beginning of a world economic upswing, which provided people with hope for the future. That lasted for around 25 years, with rising living standards providing social stability.

The next fifty years were markedly different, however, following the global slump of 1974, and the growing difficulties and accelerating decline of British capitalism, which opened up a period of militant industrial battles and class struggles.

The turmoil of the 1970s gave way to Thatcherism and the deindustrialisation of Britain. This reflected itself in a growing class polarization within society.

Pillar of the establishment

Throughout these years, the monarchy acted as a loyal pillar of the establishment.

According to the royal biographer Robert Hardman, author of Queen of Our Times: “She just stands for this constancy, this sense of permanence and stability.”

This was echoed by the Financial Times, who stated that “she has represented continuity and stability for Britain from the postwar era into the 21st century.”

The whole purpose of the monarchy was to stand above politics as the “savior of the nation.” Every ostentatious event and stilted speech was carefully choreographed to project this image.

The personal feuds and frictions between different royals; the openly dysfunctional relationships; the smell of sleaze and scandal—all of this festered and rumbled on behind the thin veneer of pomp and pageantry.

Prince Andrew’s close association with a convicted pedophile, in particular, has become a millstone around the neck of “The Firm.”

Amongst all this, it was the task of the monarch to navigate the storms, rise above the quarrels and strife, and restore a sense of stability.

It must be said, given her longevity, that a certain warmth has grown towards her personally, in contrast to the public’s less-than-positive feelings towards other members of the Royal Family.

She seemed to hold things together, despite everything, including in the annus horribilis of 1992, when things could not sink any lower.

And with the deepening crisis of British capitalism, she represented the stability of a bygone age that some yearned for—a previous era that has long since disappeared.

Her removal from the scene, at a time of social and economic upheaval, erodes another key pillar of an already-crumbling establishment.

This represents a real danger for the ruling class, coming at the same time as a changing of the guard on Downing Street.

The fact that the country has a new prime minister and a new monarch in the same week is both a reflection of the intense turbulence rocking British capitalism, and a source of yet further volatility.

The idea that Charles can step in and fill the void is fanciful. He is viewed differently—so much so that many have talked about the crown jumping a generation.

The monarchy will never be the same again. It is deeply tarnished, and is becoming increasingly divorced from the everyday lives of ordinary people.

The ruling class has maintained the monarchy not for sentimental reasons, but for class interests.

The government and armed forces pledge their loyalty to His or Her Majesty. The monarch possesses reserve powers that can—and will—be used in an emergency.

Such powers can be deployed if the interests of British capitalism are in any way seriously threatened.

In other words, the monarchy is a reserve weapon, used in times of crisis, especially at a time of revolutionary upheaval.

The monarchy was certainly involved in the threat to overthrow the Wilson government in the 1960s, and to replace it with a military government headed by Lord Mountbatten. Given its premature nature, the conspiracy was dropped.

And in 1975, the royal prerogative was used to remove the democratically-elected Labor government of Gough Whitlam in Australia. This was a dry run for a potential similar maneuver in Britain, at the appropriate moment.

This demonstrates the real reactionary role of the monarchy, which will be used against the labor movement when the time comes.

Despite this, the trade union leaders have unfortunately bent over backwards to “pay their respects” to the Royal Family, cancelling strikes and postponing this year’s TUC Congress.

We must be clear: behind the spectacle and ceremony lies a sinister weapon of the ruling class.

Today, however, this reserve weapon has been blunted—not least by the Queen’s passing and the crown passing to Charles and Camilla.

This could not have happened at a worse time for the powers that be.

Britain—and the whole world—is in the grip of a severe crisis, the likes of which we have never seen before.

The establishment will cynically attempt to utilize the Queen’s death to cut across the rising class struggle, whipping up a mood of flag-waving jingoism and nauseating nationalism, with 10 days of official mourning.

But any mood of patriotism and “national unity” will be short lived, as the crisis deepens, the class divide in society widens, and the burning class issues—the ongoing energy catastrophe, the looming recession, and the attacks on living standards—return to the fore, at a higher level.

And no doubt this process will be spurred on by the reckless actions of Truss’ new government, as it wages a class war on workers on behalf of the bosses.

The stability the ruling class seeks has evaporated, replaced by profound instability. All that was solid is melting into air.

Events will rock consciousness and lay the basis for revolutionary convulsions.

The damaged goods of the monarchy will be an ineffective tool in the hands of the ruling class. One by one, the pillars of the old order are fracturing.

The passing of Queen Elizabeth II certainly marks the end of an era, one of relative calm, and the beginning of a new one of storm and stress.

The socialist revolution in Britain will overturn capitalism. And in the process, it will sweep away the rotten relic of the monarchy, and all the feudal trappings that go with it.