Britain: The Prince and the Pedophile—it's Time to Overthrow this Rotten Establishment

The scandal enveloping Prince Andrew—following allegations in a US law court that he may have been gifted an underage girl for sex by his pedophile friend, Jeffrey Epstein—has shone an unwelcome spotlight on the festering corners of Britain’s rotten Establishment. 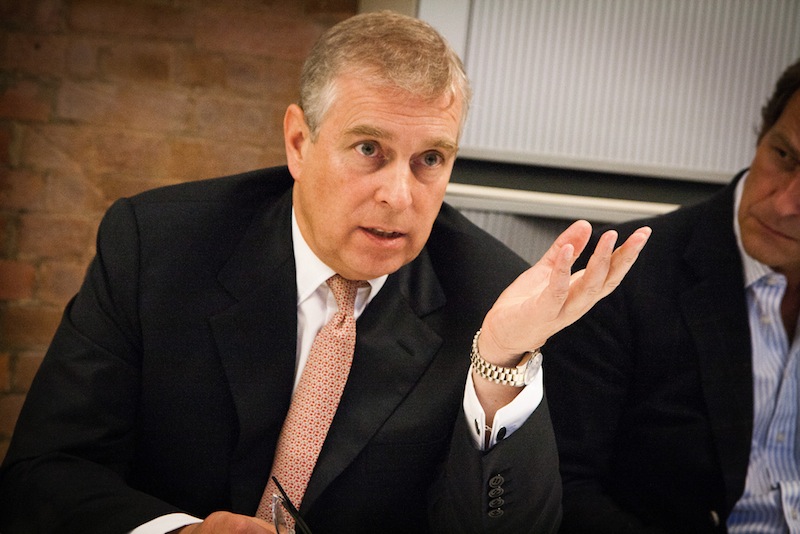 In 2006, Epstein, a well-connected multi-billionaire banker from the US, was charged by police in Florida over allegations that he had solicited sex from underage girls. He was given an unprecedentedly lenient sentence of 18 months (he served just 13 months), despite the investigation uncovering a horrific web of rape and sexual abuse of underage girls stretching back years.

Epstein’s entourage had a preferred tactic for satisfying their sick desires. They would target poor, working-class girls in Palm Beach—the more impoverished and desperate the better. The girls, some as young as 12, were promised modelling careers and much more, but reported that, while they were at first impressed by Epstein’s wealth, they were eventually sucked in to a world of effective sexual slavery.

Impunity for the rich

All of these crimes—against more than 40 young girls in total—were committed in plain view for years, suggesting a grim sense of impunity and shared responsibility within ruling class circles. As far back as 2002, the billionaire Donald Trump described Epstein as a “terrific guy” and said of him, “He’s a lot of fun to be with. It is even said that he likes beautiful women as much as I do, and many of them are on the younger side.”

In fact Epstein was so open about his exploits that he would even offer out many of his victims as “presents” to his wealthy and powerful friends and acquaintances—and they returned the favor! Apparently one of his bourgeois friends, knowing his predilection for pubescent girls, flew over three 12-year-old French girls for his enjoyment on the special occasion of his birthday.

It speaks volumes about the morality of the capitalist class in its epoch of terminal decay that there are those amongst them who offer working-class children for sex as gifts or for the purposes of future blackmail. What is clear by Epstein’s pathetic sentence is that even when one of their own has fallen into disgrace they continue to receive the protection of the state and of powerful friends able to pull all the strings necessary to get them out of trouble.

Scandal on both sides of the pond

That Prince Andrew has been implicated in this international ring has brought a great deal of unwanted attention on to the Royal Household—the murkiest part of the British constitution—who have issued unusually strong denials that contrast with their usual detached approach. It speaks volumes that the whole of Royal Family has closed ranks in defense of the Prince.

That the Royal Household had to deny such serious allegations was inevitable. However, if the saying that you can judge a man by the company he keeps has any validity, then the character of Prince Andrew appears in a dubious light: he has insisted on maintaining his friendship with Epstein ever since his release.

The bad news has not stopped there for the Prince, as a further incident has shed light on exactly how dubious the institution of the Monarchy is. In the past few weeks, the very same Prince Andrew and his ex-wife have splashed out £13 million on a mansion in Switzerland. It isn’t publically known how the pair afforded it, as neither of the two have any regular income. With royal finances being inaccessible to ordinary subjects of the Crown (the Royal Household is beyond the reach of the Freedom of Information Act and other legislation), we may never know what kickbacks and royal slush funds may be sitting in offshore accounts.

Rotten to the core

All this follows on the back of a parallel pedophile scandal that has rocked the British Establishment—pointing to the fact that this is more than just a few “bad apples.” It is now known that MPs, businessmen, the police, the judiciary, and the media were all complicit in, or assisted in covering up, a powerful pedophile ring that was involved in the sexual abuse of numerous young boys and the murder of an unknown number of children, going back to the 1980s.

This rotten abscess at the heart of Westminster was even known to and tolerated by Thatcher herself. The whole thing stinks, and it threatens to turn into a perfect storm for the British ruling class.

The media have spent years whipping up hatred against pedophiles as an easy way to sell papers. In 2000, the now defunct News of the World’s “name and shame” campaign even led to pediatricians being chased out of their homes as “pedos.” Now the most powerful pedophile ring of all is out in the open, the media shamefully avert their gaze as the whole thing threatens to turn on the very institutions they uphold.

The Establishment in crisis

That the monarchy has become embroiled in scandal spells a nightmare scenario for the ruling class. In times of general contentment within the working class, when bourgeois democracy is able to peacefully and effectively govern, the monarchy has appeared as little more than a benign anachronism. At best it supposedly represents a plus for the tourist industry, which brings billions into private coffers every year. At the very worst, with handouts of £35.7 million per annum, it is deemed a galling waste of taxpayers’ money in times of austerity.

However, the role that the monarchy serves within the British constitution goes far beyond that of a tacky tourist show. The inaccessibility of the Prince’s finances are barely a scratch on the surface of the unusual and unclear constitutional arrangement that the monarchy enjoys. Behind the window dressing of constitutionality, the monarchy enjoys all manner of powers: from intervening in lawmaking to cancelling undesirable BBC programming. Constitutionally, the successful election of a new government itself depends on Her Majesty’s Prime Minister being called by the sitting monarch to form any government whatsoever.

In times of “normal” constitutional rule the monarchy maintains all the appearance of innocuousness and mere ceremony. However, radicalization is taking place, to the left and to the right, as working and middle-class people seek a way out of the crisis. Across Europe, austerity is being implemented by both the bourgeois parties and the Social Democrats—sometimes even in coalition in the so-called “national interest”! The time may come, however, when the bourgeoisie is unable to rule in its old, constitutional form. In the event of, for instance, the election of a genuine socialist government, which would threaten the very foundations of capitalism, we can foretell how the monarchy will suddenly rise up as a reserve weapon of the ruling class and trigger a constitutional crisis.

Precisely because the monarchy must remain a weapon in reserve for the ruling class, it must also appear to remain free from filth and scandal, and its machinations must be kept out of view. However, its representatives are as mired in moral decay as the rest of their class, and the probing of the discontented and increasingly questioning eyes of the public, who are sick of the Establishment and its constant cover-ups, threaten to blow the lid off the whole situation.

As socialists we stand for democracy and a workers republic: we demand that the monarchy along with the House of Lords and all other feudal remnants be abolished, and their vast, ill-gotten wealth be used to benefit ordinary people. We demand an end to impunity; but we also declare an open distrust of the Establishment to investigate itself, having made a farce of the investigation into historic sexual abuses in its attempts to cover its tracks. Instead we call for the formation of an inquiry representing ordinary victims and the trade union movement, who are more than capable of choosing their own representatives.

Finally, the sickening Epstein case that Prince Andrew is allegedly mired in reveals the source of the grotesque psychology that drives these abuses: the accumulation of vast sums of wealth, and the power that that gives certain men over the most vulnerable in society. Only the abolition of the capitalist system, which currently grants this international pedophile ring the room to operate, will be able to put an end to such systematic abuses.