Can Obama Deliver the Goods for Working Americans? 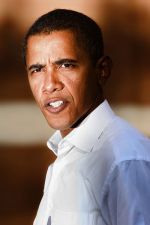 During his election campaign, President Barack Obama promised to be all things to all people. After eight years of Bush and Cheney, Americans desperately wanted to believe that real change was coming. To the activists he promised a timely end to the war in Iraq, an easing of tensions with Latin America and immigration reform; to the unions he promised the Employee Free Choice Act (EFCA); to millions of Americans without coverage, he promised health care reform. But above all, he promised social stability and the continuation of business as usual to the capitalist class.

So what promises has he kept? US troops remain in Iraq and even more are being sent to Afghanistan; the democratically-elected government of Honduras has been overthrown, more US troops are to be sent to Colombia, and the embargo on Cuba remains; the plight of immigrant workers is worse than ever and some 250 Mexicans have died crossing the border in just the first few months of this year.  EFCA and single-payer health care are off the table. And as for job creation and saving people’s homes, forget about it. Millions more jobs have been lost since he came to power and hundreds of thousands have been thrown out on the streets.

The only promise he has kept is to Big Business, with billions in handouts to the biggest and greediest corporations of them all and a continuation of the wars in the Middle East. Merrill Lynch, one of the main culprits in the crisis, awarding of $3.6 billion of bonuses last year, as it tries to persuade a federal judge to approve a settlement with the U.S. Securities and Exchange Commission over its own disclosures. The White House forecasts that the 10-year federal deficit will top $9 trillion; more than the total of all previous deficits since the USA was founded. By 2020 the national debt will equal three-quarters of the entire US economy. And what do we have to show for it? The question answers itself.

The geopolitical intelligence analysts at Stratfor clearly and frankly described Obama’s policies: “Presidents — all presidents — run on a platform that will win. If they are good presidents, they will leave behind these promises to govern as they must. This is what Obama has done. He ran for president as the antithesis of Bush. He has conducted his foreign policy as if he were Bush. This is because Bush’s foreign policy was shaped by necessity, and Obama’s foreign policy is shaped by the same necessity.”

That “necessity” is the defense of the interests of Big Business at home and abroad. In other words, the vast majority of Americans have yet to see any real change whatsoever. Obama was swept into power on a wave of enthusiasm and hope, but it’s crystal clear whose side he’s on despite all the pretty sounding words. No wonder a majority of Americans are now against the war in Afghanistan and his approval rating has fallen 12% since April. Long gone are lofty speeches implying the promise of fundamental change. Also quickly fading are people’s sincere illusions that change could come from yet another a big business politician.

The battle over health care is a perfect example. It has simmered beneath the surface for decades as literally millions have suffered illness and death in the richest country on earth for lack of basic health care. Most union contract struggles in recent years have revolved around the question of heath benefits. 7 in 10 personal bankruptcies in recent years have been the result of astronomical medical expenses. Now that Obama has attempted even the modest of reforms, all the pent up contradictions bursting to surface. On the one hand is the hysteria against Obama’s “socialism,” on the other are millions of bewildered but increasingly frustrated Americans who want a real solution now.

Violence has broken out at Town Hall meetings as the growing polarization of society is expressed in an often confused manner.  As has been the case for nearly a century, socialized health care advocates are being red-baited, intimidated and even assaulted. Obama is no socialist and his health care proposal has nothing to do with single payer. But if fighting for genuine universal health care, getting rid of the  HMOs and the medical and pharmaceutical industries whose profits are squeezed from the health of working people and the poor is “socialism,” then what is the problem with socialism?

The problem is that it would take control over our health out of the hands of a tiny minority and put it into the hands of the majority. There are big bucks at stake. According to Harper’s Index, the percentage change since 2002 in average premiums paid to large US health-insurance companies was +87%. The percentage change in the profits of the top ten insurance companies was +428%. No wonder  the health care industry is spending nearly two million dollars a day lobbying Congress against single payer or anything remotely like it!

The universal health care in Europe and other countries around the world did not fall from the sky. The right to medical care was fought for in mass struggles by the workers of these countries. Just as the right to the eight-hour day had to be fought for tooth and nail, so too the right to live a healthy life had to be wrenched from the ruling class. The right to benefit from the marvelous medical knowledge and technology humanity has developed over the last few centuries is a class issue. The rich and their politicians all have excellent heath care coverage. The 47-plus million Americans without coverage are the workers and poor. Millions of others who do have coverage are a job loss or even just a single premium payment away from total economic disaster should there be a medical emergency. The record is clear: the health care crisis cannot be solved within the limits of the profit system.

The debate over health care in Congress has been bogged down and restricted to the narrowest possible limits. But there is a way out of this impasse. Despite the attacks and setbacks of the last few decades, the over 15 million-strong US Labor Movement remains a powerful force in society. If just these workers were to go on strike, hardly a truck, airplane or train would move, not to mention public school, universities, and city, county, municipal, state, and federal services. That, combined with massive mobilizations on the streets, would put real pressure to bear on Washington! 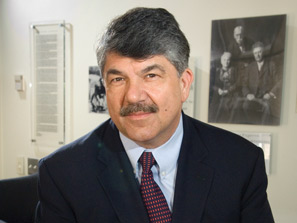 Richard Trumka, the former United Mine Workers’ leader and heir apparent to the leadership to the AFL-CIO has come out in favor of single payer. Now is the time to put these words into action. Organized labor spent millions and mobilized the rank and file to elect Obama. We believe this money and energy would have been better used building a mass party of labor and running labor candidates. The AFL-CIO national convention will be held in September, presenting a tremendous opportunity to change course. The leadership should mobilize the millions of rank and file organized workers and reach out to the unorganized and unemployed to fight for a national health care system for all.

The Democrats have had their chance. They have no more excuses now hat they control the White House and have a large majority in Congress. And yet they couldn’t even pass a basic reform like EFCA. It’s high time the Labor Movement broke with them and took up the question of a mass labor party, a party of, by and for working people. If the AFL-CIO leadership showed the way, breaking with the policy of “partnership” with the bosses, and their political parties it would open the floodgates for working class organization and mobilization on a scale not seen since the 1930s.

The capitalists’ response to the crisis is to carry out a vicious wave of layoffs, cuts and closures. Living standards are being driven ever lower for the majority, while the rich literally get richer and the poor get poorer. The Labor Movement needs its own response: organization, mobilization, factory occupations under workers’ control to prevent closures, and a clean break from the pro-Big Business parties.

There indications that some aspects of the economy are stabilizing. But we have to ask ourselves: who will benefit from the recovery? Will it be another “jobless” recovery? How long will the recovery last before the inevitable next recession? Why do we have to live in fear of losing our homes, jobs, and health care even during the “good times?” The capitalist system operates on a boom bust cycle, and the workers are exploited whether there is a boom or a recession — things just get even worse during a downturn.

Although the majority opposed the Iraq War, Bush continued it. Although the majority now oppose the war in Afghanistan, Obama is expanding it. The majority want universal health care, and yet single payer is not even “on the table.” Why is this? If this is truly a democracy, then the majority should have genuine decision-making power. This is why we believe that socialism, in which the majority will democratically determine economic and government policies, is the only way forward for humanity.