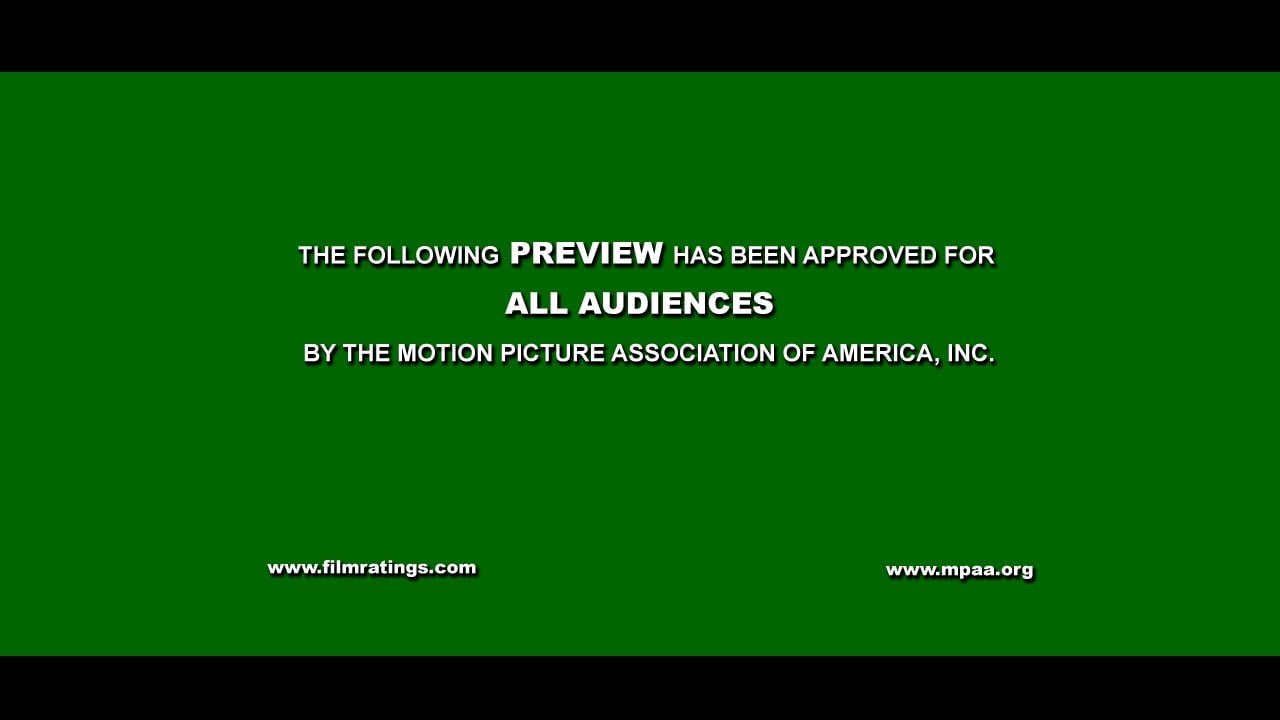 Movies and video games are all-pervasive in our society, with a seemingly endless supply of them being pumped out each year. Despite the decade-long forecast of doom and gloom for the industry, the amount of content produced has grown at a considerable rate. All the forces of modern production are employed, in some way, in the making of entertainment. From those who act in films, play instruments in soundtracks, or write programs for games, to those workers who build sets, produce the discs and packaging, sell tickets at a theater, or even work in the factories that produce televisions and gaming systems, or the stores that stock them—an immense amount of labor from millions of workers goes into this industry. And we continue to purchase it; the amount spent on entertainment as a percentage of income rose 15% between 2000 and 2008. This flies in the face of the view that the internet somehow spelled the death of the entire sector.

Despite the incredible amount of content produced and shipped for our eager consumption, one hears groans that audiences are tired of “another remake” and the same-old tired clichés of predictable movies and games. Of the movies that were released in 2012—an amazing 727, including foreign films released in the US—how many were memorable? How many can be considered art? Ever wonder why everything has to end up as a trilogy? Sequels, prequels, and remakes dominate in the theaters. A 2010 study confirmed that 40% of all US movies were sequels, reboots, or remakes. In August 2012, 50 major remakes were listed in various states of production, with more to come. That same year, 95 sequels and prequels were also listed for production. We can look forward to plenty more.

Things are just as bland in the video game industry. Not only are gamers bombarded with endless sequels and franchise spin-offs, but the last decade has seen the annual franchise become a staple. These properties, of which the infamous Call of Duty is the most well known, pump out a new entry for consumers every year. Each game is generally the same as what came before, with tweaks here and there, but it has become big business. The marketing campaigns unleashed to convince us to purchase one of these as opposed to another are comparable to those of big budget movies, often costing upwards of $100 million!

We have been told in our economics classes that the free market is the great motor of creativity and innovation, so why are we bombarded with constant marketing to purchase endless streams of bland, repetitive entertainment? Very little of this annual mass of entertainment can truly be considered “art.” If this is the best that can be produced in the “best of all possible worlds,” the only conclusion one can draw is that, sadly, humanity has exhausted its creative capacity.

The incensed defendant of the free market may respond that the public votes with its wallet, and have shown that they—those simple multitudes—have shown that they prefer lifeless remakes and formulaic sequels! The thing about voting is that there has to be some sort of choice; yet the choice of what to see or buy has been made for us in the least democratic way: by those who own the few major studios that have the capital to produce such works. We then have the great honor of choosing from what is presented.

The capitalist is only interested in what will prove profitable—not the artistic merits of his or her product. Even though the entertainment industry is expanding, the doom-and-gloom predictions do come from somewhere. The fact is that AAA games and big-budget movies actually do struggle to give the returns in profits that the capitalist investors want. As mentioned above, the cost of producing big-budget entertainment is huge, but this is just a part of the picture. Another is that American workers in the midst of a capitalist crisis are cautious about where to spend their money, especially since movie tickets and game prices are not cheap. The outcry of fans against the proposed Xbox policy of charging for reuse of discs on other machines is evidence of the importance of the secondary market in the video game industry. So, the capitalists have to find ways to profit despite this.

Escapism—the need to feel entertained and to forget the routine of everyday life—is in part a product of the meaningless daily cycles of work and fatigue that confront the worker. With a recent Gallup poll finding that some 70% of American workers are either “not engaged” or “actively disengaged” from their work, it should not be surprising that we look for something to forget the stress of our lives when we come home. Naturally, there is a whole layer of the capitalist class that is more than happy to take advantage of this impulse. Of course, there is nothing wrong with entertainment in itself, nor is there any conspiracy here, but there is a reason that business is good for this industry when it is poor in others. To some extent, the constant noise and spectacle of bland, repetitive entertainment serves the same purpose of the Roman circuses put on by the Caesars—to lull the masses.

However, in entertainment, as in all industries, the capitalist must compete with others of his class. Besides the cost of manufacture, the studio must also factor in the cost of marketing, which is massive. The Avengers was reported to have had a $100 million marketing budget, which is fairly normal for the modern summer blockbuster. The production budget was $220 million, meaning that the price of convincing us to see the film was nearly half as much as the actual production cost! They are not only convincing us to see a film but attempting to convince us to see that particular sequel as opposed to another.

To understand some of what drives this irrational use of humanity’s resources, we can look at the economics of the matter. When a studio acquires the rights to a character, franchise, or original property, they are driven by the demands of the market, which they are themselves shackled to; they must make as much use of it as they can in order to maximize profits from their acquisition. Earlier this year, Disney bought Lucasfilm for $4 billion. Before they even made the purchase, Disney executives were already spending enormous amounts of time and money to be certain that there was enough intellectual property in the Star Wars franchise to properly exploit and turn into profits.

Finding the results satisfactory, they have already begun planning the next slew of films, video game tie-ins, cartoons, and more. As a senior marketing planner for Electronic Arts told IGN.com in an interview last year, companies “rarely introduce new games unless they can see a slew of sequels, spin-offs, and associated opportunities well into the future.” The mad drive for profit ensures that even the dumbest films become forgettable trilogies and the oldest game franchises continue on. 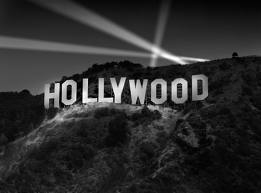 There is a ridiculous cycle here. Studios are less willing to fund original works because there is a risk that they cannot make a large enough profit, or are compelled by that drive for profits to wring every drop out of a property they already own. So they spend hundreds of millions on bland sequels, remakes, and marketing campaigns. This is the true madness and waste of the glorious free market at work. The productive forces of capitalism seem to have provided us with more entertainment than we could have previously dreamed of, yet there seems to be very little that we really want. In short, we will never have control over what is created under capitalism.

There is a historical tendency for art to follow, reflect, and anticipate the general trajectory of society. One can take a trip to Metropolitan Museum of Art and compare, for example, the art of the Middle Ages with the works of the Renaissance masters and view this for oneself. In the same museum, one can also compare the works of earlier Classical Antiquity with those produced by the late Roman Empire. Although individuals will find works of beauty and skill from all of these periods, there are also unmistakable general tendencies in the level of general technique, vision, and inspiration. Ascendant societies tend to produce more beautiful and meaningful art, with higher levels of innovation and leaps in technique, while those in decline tend toward lower mastery of technique and a reliance on imitation of past works.

While still on this hypothetical visit to the Met, stop by the Modern and Contemporary Art galleries. Here you will find what highly-trained curators deem to be the most worthy art that has been produced in recent decades. These works show, generally, none of the skill and attention to detail of the old masters, nor the vision and execution of the impressionists. Compared to the explosive creativity and bold vibrancy of the works produced in the early years of revolutionary Russia, most contemporary works are quite inferior, masking themselves in obscurantist individualism and cynical irony.

One must keep in mind that this is despite the fact that the levels of technology and technique under capitalism are greatly advanced compared to those of slave and feudal society. To a large extent the methods of the old masters have been preserved and can be replicated and built upon, a luxury unavailable to past societies. Despite this, the forces of societal decline still make themselves felt in the realm of art. This is due to the fact that the bourgeoisie can no longer play a progressive role in bringing society forward, and as the ideas of the ruling class are the ideas of a given society, culture declines as they do.

One may not equate high art with movies and games, and this author would generally agree. But there are multiple awards given for the relative artistry and technique of these media each year. Nonetheless, many truly great games and films are still created each year. But this is in spite of the general atmosphere of decline, and actually goes to highlight the true potential and energy remaining in collective humanity—which can only be truly unlocked through a system of democratic control of production, distribution, and exchange.

Far from providing an endless impulse toward innovation and creativity in mass entertainment, the market and the drive toward profit have only acted as fetters. The rotten capitalist class, unable to play any progressive role in moving society forward, has let its cynicism and pessimism infect all aspects of culture. Their desperation under the weight of their economic crisis—in reality a crisis of their entire society—has compelled them to spend billions on convincing workers who are already struggling with smaller checks and higher cost of living to spend even more of their income on hollow entertainment. The competition to shovel it down our throats forces them into dire straits; they must scramble to unload the millions of DVDs and game discs that they produce; they will squeeze returns on their investments in production and intellectual properties by any possible means.

Under a democratically planned economy—socialism—workers would not only be in control of choosing what type of entertainment that they would actually like to see, but those most naturally gifted and passionate for creating it would be able to take charge of its production. Freed from the constraints of the market and private ownership, entertainment and art could truly merge and raise the general level of culture, and fine art could be brought to mass media. In both economics and art, there is nothing to look forward to under capitalism but more crises, sequels, and remakes.