Capitalism is Unfit to Rule 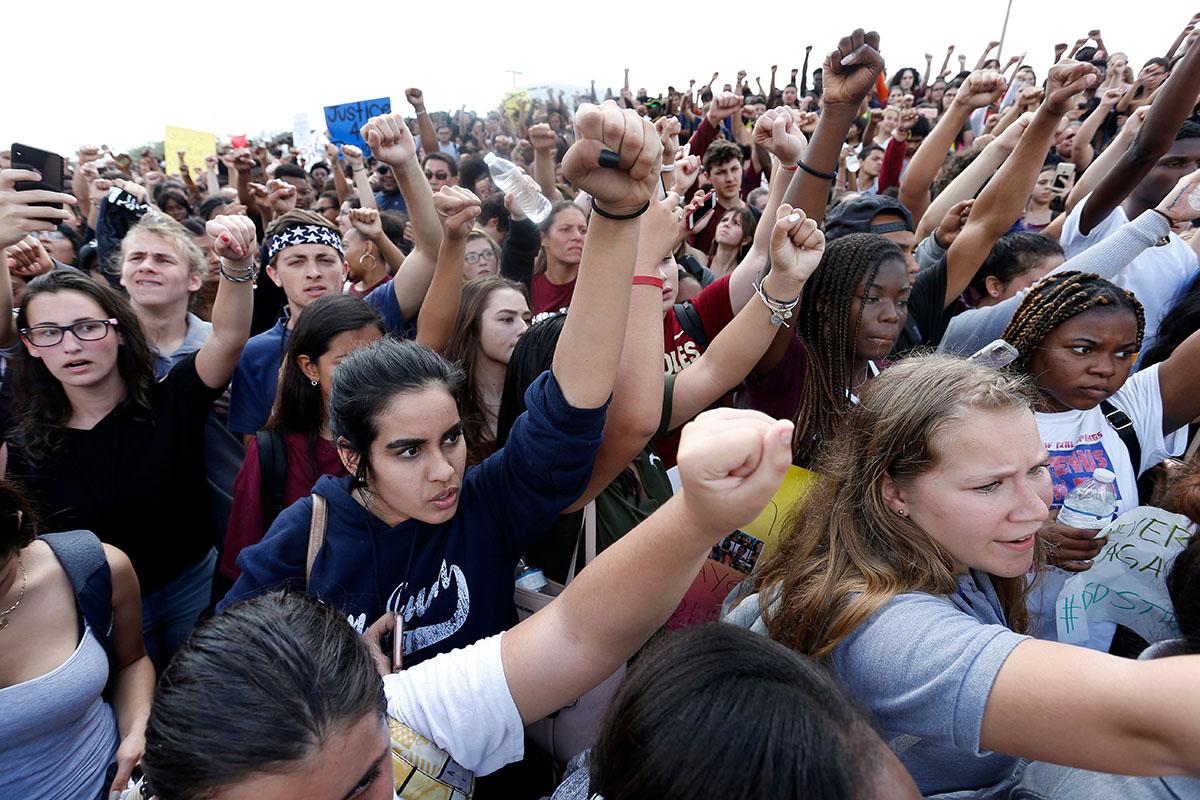 Another mass murder in an American school has shocked the world. And yet again, the righteous indignation and anguish of ordinary workers and youth is met only by the crocodile tears and impotence of the liberals and conservatives who dominate politics and the media. Virtually the entire population wants something to be done about the violence.

Marxists agree that something needs to change. But there is no quick or easy solution on the basis of capitalism. The mass shootings, depression, alienation, anxiety, suicide, obesity, opioid, and methamphetamine epidemics are all interrelated and rooted in the crisis of a system that can no longer take humanity forward. A society in which unemployment, budget cuts, austerity, homelessness, school and hospital closures are the norm is not a recipe for human happiness and harmony.

Like every other fundamental question in society, gun control is ultimately a class question. People are grieving and angry and want to feel safe, but granting a monopoly of violence to the capitalists and their state cannot address the deeper causes of the crisis. Bourgeois law is nothing more nor less than the legally codified defense of capitalist property relations. As the capitalists are vastly outnumbered by the workers, they must use overwhelming force or its threat to keep us in line. They make billions in profits from the arms industry and are more than happy to export death and destruction around the planet. They are not about to legislate their profits, power, and privileges away.

The only way to end the violence of a society based on economic and political violence, exploitation, and oppression is to transform that society altogether. The potential for an entirely different way of organizing production, distribution, and exchange is at our fingertips. The only thing in our way is the antiquated relic of capitalism. Humanity built capitalism—and we can replace it too.

Despite surface appearances, there is boundless optimism and revolutionary energy fighting to poke through the thick layers of concrete poured on the youth by capitalist society. The concept of “late capitalism” builds on Marx’s idea that the “old society is pregnant with the new”—but adds the twist that the birth of the new is long past overdue, leading to all kinds of distortions. It’s an intuitive concept that has caught on among the youth, a way of highlighting the absurdity that permeates every aspect of life under capitalism, its ridiculous marketing and consumerism, a scathing commentary on the profit system’s use of technology, automation, and social media.

Things may seem bleak at times, and the struggle to change society will certainly have many ups and downs, but there is no room for pessimism. Pessimism is a luxury for those living in ivory towers. The rest of us have to figure out how to pay the bills, feed our kids, and try to keep our sanity under the constant onslaught of stress and uncertainty. American workers and young people need confident answers and solutions to our problems, not cynicism and doubt. The teacher’s struggle in West Virginia, which shut down the state’s public schools, is an inspiring example of what’s to come. On the basis of bitter experience, trial and error, and the testing of politicians, parties, and programs, we can be confident that a majority of Americans will eventually conclude that it is not just this or that president or party that is unfit to rule—it is the entire capitalist system.