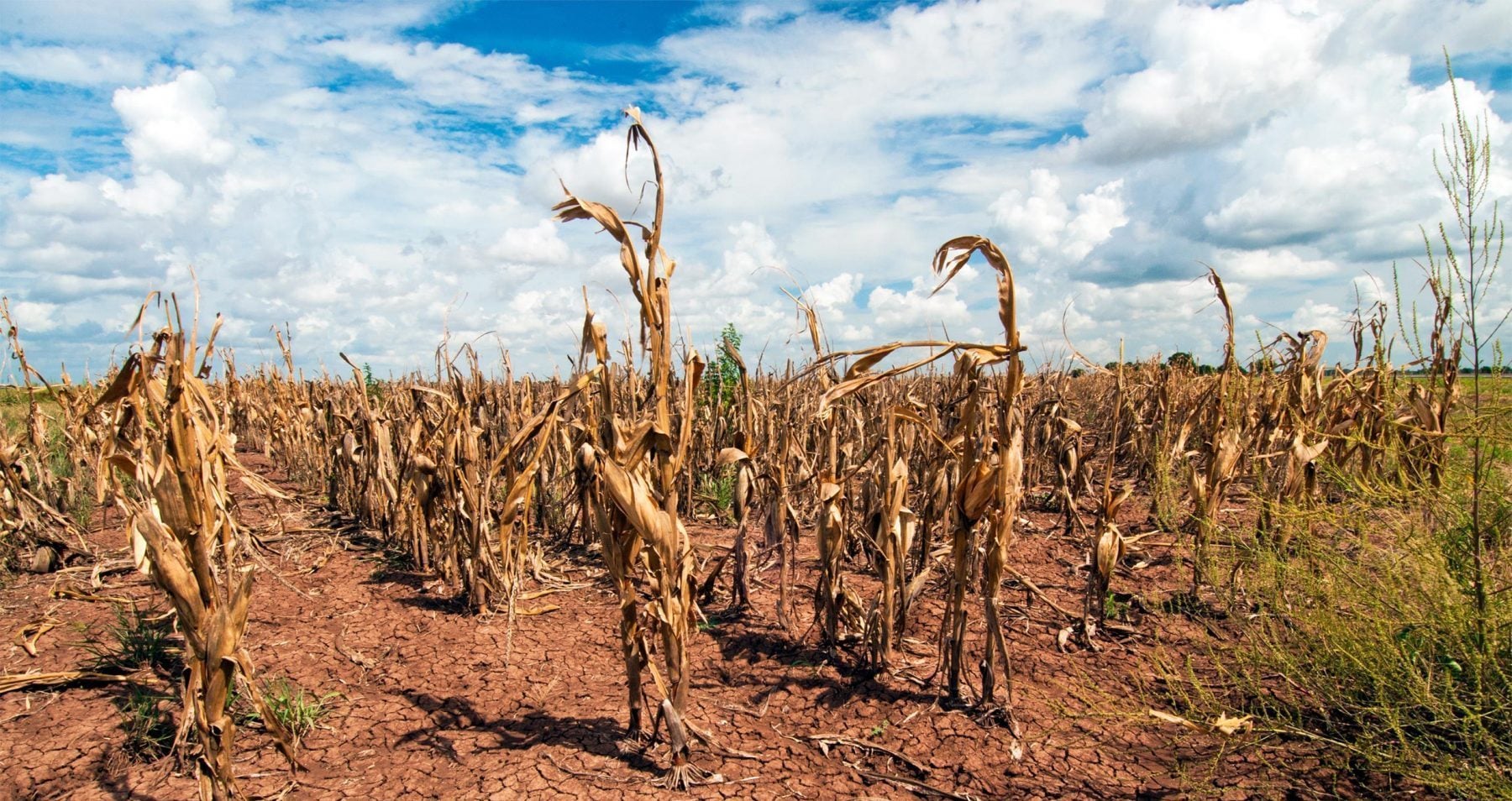 The climate crisis continues to disrupt life as we know it. Humanity’s food supply is under threat, with access to consumable calories on the decline in many countries. Lack of reliable access to water and food—problems exacerbated by changes in weather patterns—are significant contributors to the refugee crisis worldwide. The World Bank now estimates that climate change will drive two million more refugees from Central America by the year 2050.

In the wealthiest country on earth, millions now suffer from so-called “food insecurity,” unable to fully meet their nutritional needs even with food prices rising slower than the general rate of inflation. Increases in food prices due to shocks such as the current African Swine Fever crisis in Asia will have even larger effects on nutrition. This year, fluctuations in rainfall and temperature have led to disaster declarations and even crop failures in counties across the US. In poorer countries, climate’s effects on agriculture are even more severe, with increases in mean temperatures leading to a decline in yields of staple cereal crops. The causal relationship between temperature and crop yields leads scientist to predict a reduction in worldwide staple crop production of as much as 40%.

In the period since World War II, capitalism has survived and expanded in part through expanding and connecting global markets. This allowed the capitalists to mitigate geographically specific risk by creating easy access to labor and resources from across the world. Issues of food supply in this period could be solved by shifting supply chains to other regions, protecting the capitalists in the rich countries from the effects of capitalism’s famines. However, a new UN report calls attention to the risk of “multi-breadbasket failure,” where simultaneous failures across multiple geographic areas could hamper the use of trade as a solution to the problem.

The system’s dependence on stored fossil fuel energy for long distance shipping is currently being tested, with long-range trade and transportation of food a central point of contention in the trade war festering between the US and China. While the US continues to maintain an agricultural trade surplus, exporting more food than it imports, Trump’s dispute with China has disrupted the country’s food production, with economic costs incurred by farm operators, and the agricultural labor force itself is threatened by renewed attacks against immigrant workers.

The climate crisis is the result of qualitative shifts in the environment, which flow from quantitative changes in the amount of carbon present in the atmosphere, sequestered in biomass, and in soil. Resolving this will require shifting carbon out of the atmosphere, which will require an across-the-board retooling of production and widespread restoration of ecosystems.

When it comes to meeting human needs, capitalism delivers a massively inefficient mechanism for converting fossil- and biomass-energy into caloric energy, wasting untold resources in the pursuit of profit. The earth’s resources and the limits of human society can do much better—it is not inevitable, for example, that the work of feeding billions of people must require the leveling of the rainforests. The renewal of ecosystems and the recomposition of agriculture do not require that fantastic new technologies be magically invented. Effective environmental management techniques already exist, for example, among the indigenous peoples who maintained these ecosystems for thousands of years before the capitalists drove things to the point of system collapse. Agricultural and social approaches from earlier social formations, brought back on a higher level, and coordinated across a globally planned economy, can provide abundant food and restore natural processes to reverse the effects of climate change. But capitalism will not undertake climate repair if it is not profitable.

Instead, the costs of climate change, and the costs associated with mitigating it, will be foisted on the international working class by any means necessary, beginning with those in poor countries. Climate change denial, while a popular trope among the most obtuse elements of the US ruling class, is only a thin veneer. As the crisis deepens, the capitalists will weaponize the climate crisis to batter the working class and violently impose even deeper austerity.

Repairing the climate and ensuring food sufficiency are just two of the interrelated tasks that will confront the working class in the socialist period. System-critical ecosystems that have been undermined for centuries will need to be reestablished, including forests and grasslands, to assure positive carbon sequestration rates.The timing of the socialist revolution will determine whether the last phase of fossil energy usage is spent to begin repairing the climate—or continuing to dig the crisis deeper.

While it is clear is that capitalism cannot solve humanity’s existential crisis, capitalism has also laid the basis for a solution. In its pursuit of profits, the system has globally aggregated vast productive forces. The task before the working class is to take humanity’s productive capacity and potential into collective ownership, to be operated democratically and sustainably. Broad participation in repairing the environment is impossible when the workers are ground down by capitalism’s constant pressure on their energy and time. A reduced working week with high wages will allow all workers to engage with the rest of their lives and with society as a whole in a renewed way. By linking the entire world economy in a rational and sustainable plan, socialism will allow humanity to flourish for many centuries to come.