Childhood, Family, and the Decline of Capitalism 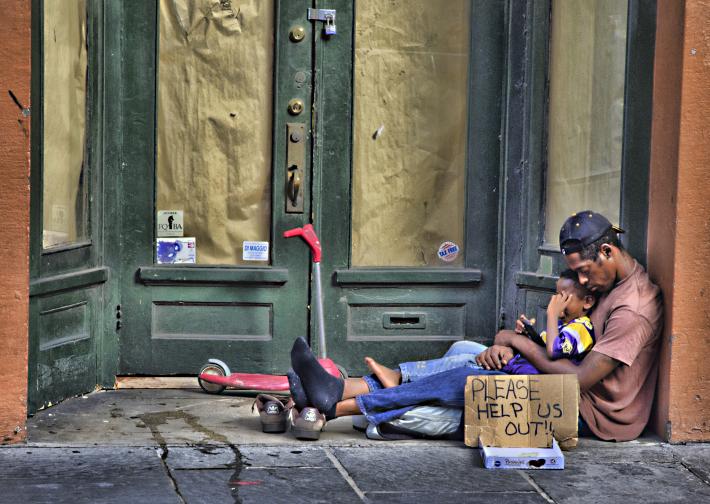 Childhood is supposed to be a simple, happy time, the ascendant years of a human’s life when, according to the traditional bourgeois world view, the possibilities for the future are wide open. Having lived through the relative prosperity of the postwar boom themselves, Baby Boomer parents confidently assured their children that they could be anything they wanted to be when they grew up.

This heartfelt desire for a better future for your children has been reduced to dust by the crisis of capitalism. We now live in an epoch of protracted decline in which, for the first time since the Great Depression, the new generation will have a lower standard of living than their parents.

One clear way the historical impasse of the system manifests itself is the dearth of quality jobs and the low wages for youth entering the labor market. But it also expresses itself in the broader decomposition of human relations, including the very institution of the bourgeois nuclear family—those isolated social units based on private property and patriarchy in which society confines the burdens of domestic labor and the raising of children.

These tasks, essential for the reproduction of a new generation, and therefore vital for the whole of society, were carried out collectively for hundreds of thousands of years before the emergence of class society. Under capitalism, the universal stresses and strains of a wage worker’s life routine—what Marx called the “life-activity” of the worker—limits the amount of time and energy available for parenting, in turn constraining the attention and interaction necessary for the maximum development of children during early infancy. Thus, in addition to extracting the unpaid surplus value from our labor, the capitalist deprives us of something more primal—the time, energy, and material resources necessary to fully nurture the next generation.

Two recent “human interest” stories in the Washington Post, each detailing the life of a young child, provide contrasting insights into this question. The first piece explored the upbringing of a 12-year-old engineering student, Jeremy Shuler, the youngest person ever to be accepted into Cornell University. By the time he was 18 months old, Jeremy had learned to read and write in English and Korean, and he was studying precalculus when he was four years old. When he was eight, he took a year off from school to tour Europe with his parents, and at age ten he aced the SAT, scoring higher than 99.6 percent of students who took the test that year. From the day he was born, Jeremy received constant nurturing and attention from his parents and his cultivation as a young engineer follows an evident trajectory: his mother has a doctorate in aerospace engineering, and his father also received his engineering degree at Cornell.

The other article focused on an unnamed 7-year-old picked up by police outside a CVS pharmacy in Franklin, Ohio. The boy hadn’t eaten in several days and was trying to sell his teddy bear to get money to buy food. The article’s protagonist was the heartbroken police officer who picked him up and bought him dinner, before arresting his parents and removing four other children from their custody. Several paragraphs followed, describing every detail of the house’s disarray, every piece of trash, the rotting food, cockroaches, and stench. After seven paragraphs of vivid imagery, the article took a farcical turn, quoting the chief of police, who praised his cops for “going above and beyond every single day to feed the homeless, feed children . . . They treat people like their own family.”

The contrast in the conditions of these two families is a graphic depiction of the profound contradiction of capitalism—immense objective potential on one hand, and on the other, the reality of inhuman conditions suffered by millions. Despite the material potential for superabundance in society, 16.2 million children suffer from hunger in the US.

The vast majority of parents work harder and longer than ever, often working multiple jobs, precisely to provide for their children, and yet millions are unable to meet their most basic needs. At the most severe end of the scale, chronic neglect is defined as the failure of a caregiver to provide a child’s basic needs such as supervision, housing, nutrition, health care, and clothing, as well as other physical, educational, emotional, and safety needs. In 2012 there were 2.7 million such cases reported in the US.

As we explained in our US Perspectives document: “The increase of poverty, unemployment, cuts to social services, and mass incarceration of the poorest layers of the working class are all linked to the present crisis of capitalism. These are responsible in large part for the disintegration of the bourgeois institution of the family. The US Census Bureau reported in 2011 that 40% of all live births in the US were to single mothers, correlating to higher poverty, high school dropouts, and juvenile violence. The Bureau of Justice Statistics reported in 2007 that almost 1.5 million minor children have parents in jail, with half of those parents responsible for primary financial support for those children.”

Under capitalism, the burden for reproducing a new generation is transferred to the individual family unit, and specifically made the responsibility of the parents. The inability of a growing section of the population to meet their family’s basic needs is typically reduced to a moral question of failed parenting. In reality, it is a faithful reflection of the outmoded structure of bourgeois society, private property, and production for profit on the market, and its inability to provide sustenance for the vast majority of the population.

Marx and Engels explained that the form of the family, and along with it, the social relations within which children are raised, have changed throughout history, according to the changes in the structure of society. In contrast to the matrilineal kin-ordered relations that predominated over the greater part of human history, the emergence of class society and private property brought with it a new hierarchy in the family structure. The monogamous family unit was required to establish paternal lineage so that property owners could pass their property down to their children.

The domination of the father—as the universal figure of authority in the household—reflected the new social relations in society in which, for the first time, a ruling class subjugated the rest of society through its domination of the “armed bodies” of the state. Under capitalism, the demand for obedience in the traditional family—and throughout a child’s education—has served as early preparation for the subservience demanded by the bosses in the workplace.

For modern industry to develop, the capitalist class required a plentiful supply of propertyless workers exclusively dependent on a wage, but capable of reproducing itself as a class by raising the next generation of workers. Capitalism thus relied on the nuclear family as a self-sufficient household unit maintained on the worker’s wage to fulfill the domestic tasks necessary to raise next generation of wage laborers while keeping the workers coming back to the factory each day.

The nature of life under capitalism represents an enormous restriction on the essential functions of parenting, particularly in the US, where paid parental leave is a rarity. In a society organized for the purpose of accumulating maximum profits for the capitalist class, parenthood, childcare, healthcare, and education are not rights, but commodities for sale. This is why we fight for full paid leave for expectant mothers after the 1st trimester and parental leave with full pay for up to two years after birth or adoption.

Contrary to the isolated (and alienated) units of the bourgeois nuclear family—in which each family is regarded as separate from one another, with separate self-interests, and in which parents are vested with the responsibility of providing for and protecting the exclusive interests of their own family unit—socialism will represent a return to more natural collective human relations, albeit on an incomparably higher level. There will be a societal understanding that every adult has an interest in the development of every child.

An unprecedented expansion of quality child care facilities and after-school programs will ensure an environment in which children will be nurtured, intellectually stimulated, and provided the full resources necessary for maximum development. These kinds of programs, along with affordable public laundry services and subsidized restaurants serving healthy, quality food, would help free working women from domestic servitude, while transferring the responsibilities of caring for and raising the next generation to the whole of society. Lifelong learning, universal healthcare, and a vastly reduced workweek will likewise lay the foundations for the kind of life reserved today for a small minority of the population.

In a society based on democratic planning for the satisfaction of human needs, child neglect will be unheard of. It will not be unheard of for young children to thrive and develop, or for a 12-year-old to be admitted to an institution of higher learning, which, unlike today’s Ivy League universities, will be made public, massively expanded, and available to all free of charge.

The story of Jeremy Shuler shows the incredible biological potential that exists when children are nurtured from the womb and provided an environment in which they can reach their full potential. Freed from the chains of class society, millions of children, absorbing knowledge at an astonishing rate, will open up unimaginable horizons for human potential.