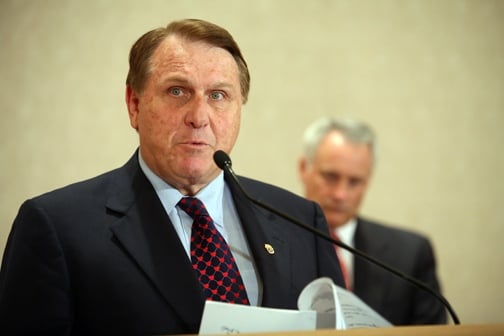 According to a survey conducted by the Teamsters in early April 2006, the rank and file membership, by a three-to-one margin, wanted the Teamsters to start early negotiations with UPS. This will come as no surprise to those UPS Teamsters who for the last five years have lived under what the IBT officialdom dubbed “the best contract ever”.

The Teamsters had a tremendous amount of bargaining leverage following the successful UPS strike in 1997.  Now, in place of pension increases and burgeoning benefits, we have seen the worst pension and benefit cuts in Teamster history. We entered the current era of “partnership” with the bosses thanks to the leadership of James P. Hoffa.  This partnership strategy has led to the loss of critical bargaining leverage gained as a result of the strike against UPS.  The 2002 contract contained significant concessions, including the extension of  two-tier wage systems, subcontracting, as well as pension and benefit reductions.  This was the reward for the brave Teamsters who had the guts to stand up to UPS in 1997.

The current national contract covers 215,000 UPS Teamsters and is set to expire August 1, 2008. Early negotiations were kicked off on September 19, 2006. Why so early? Ken Hall, division director of the Teamsters parcel and small package division, as well as co-chair with Hoffa on the current UPS negotiation team said, “We need a permanent fix to the complex problems of retirement security and health care, and we will be proactive and fix them at the bargaining table.” Mr. Hall should have little problem keeping his word, since UPS management wants to settle a full year early to keep shippers and stockholders happy, preferably before UPS’s 100th anniversary on August 28.  One can only wonder what it takes to make them happy, given that their after-tax profits are up 70 percent since 2002.

Teamsters agree that early negotiations are for the best, because they hope to make gains without a strike.  In particular, 89 percent have indicated health care and pensions are top priorities.  Other issues members want addressed include the new sort and delivery systems (PAS/EDD) which are an attempt to shift delivery knowledge and expertise from individual drivers to management. Another vital issue is the shifting of UPS work to non-union employees.  This non-union expansion includes UPS Freight (formerly Overnite), as well as thousands of warehouse, clerical and non-union drivers who work in new UPS divisions such as Supply Chain Solutions.  This issue has pushed subcontracting out-of-union work to the forefront.

Anyone who has watched Hoffa over the past several years will not be shocked that he has not fought for the union proposal for card check/neutrality in relation to organizing the unorganized.  This would allow the union to simply gather a majority of a workplace’s signatures in order for a union to be recognized – without company interference. Four pages were devoted to this issue in the current contract, but this time it is mentioned only as an addendum to a proposal on subcontracting. Additionally, the new proposal does not address the need to obtain organizing rights at all other UPS divisions, not just for bargaining work being subcontracted. Another of UPS’ proposals is “emergency reopening.”  This would give UPS the right to re-open the contract and negotiate anything they like whenever they like, including health care.

Of course, these are only proposals. But this is the only bit of information the rank and file has been able to obtain about these proposals,  which were first issued in October of last year. During the 2002 contract negotiations, the IBT sponsored 50 rallies and a nation-wide truck caravan. The IBT has not sponsored a single rally this year, and the talks, which have been going on for six months now, are already longer than the whole of the 2002 contract negotiations.

In the Teamster election for President last year, Tom Leedham received the majority of the vote in 17 local unions that include the largest contingents of UPS workers: NY Local 804, NJ Local 177, Chicago Local 705, Los Angeles Local 396, Louisville Local 89, Detroit Local 243, Georgia Local 728, MN Local 638, WI Local 344, Seattle Local 174, Cleveland Local 407, Memphis Local 667, San Francisco Local 278, Portland Local 162, Sacramento Local 150, Buffalo Local 449, Charlotte Local 71 and others.  From this it can be seen that there is a level of awareness that the union is going in the wrong direction.

UPS is rich, and it is not because of the stockholders and management who sit up in their ivory towers making decisions based on profit margins. It is because of us, the hardworking Teamsters, who not only have to deal with UPS management constantly increasing the work load while cutting benefits, but also union officials who identify more with management than they do with workers. In 2002, the UPS Teamsters were forced to accept a contract that fell short of the actual needs of the rank and file. When this current contract is presented to the membership, it is likely to fall short again. It will become obvious to more and more hard-working Teamsters that the problem lies with the current class collaboration policies being practiced by IBT officials and management in general.

With the lessons learned in the 1990s, a militant rank and file has the potential to generate real change as a new revolutionary period opens up on a world scale. If we want to strengthen our union, we need to end the policy of collaboration with the bosses, relying only on our own strength as workers to fight for concrete improvements in our lives. We must urge our co-workers to organize independently of their employers and independently of the Democratic Party which is tied to big business just as much as the Republicans. When we are organized and mobilized to fight, workers wield tremendous power. After all, capitalism cannot exist for one day if workers refuse to go to work.