Coronavirus and the Plight of Iowa Workers 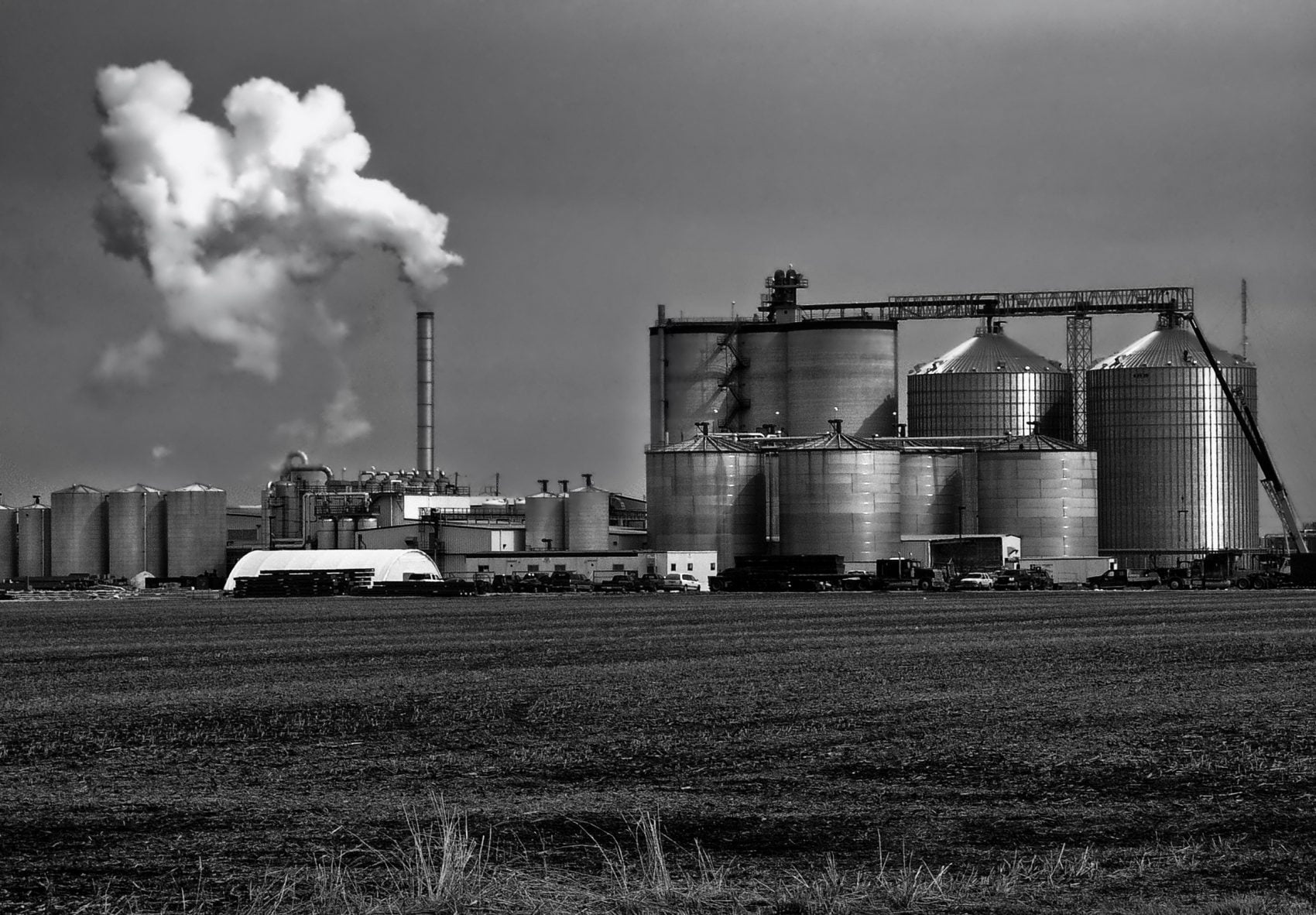 The COVID-19 crisis has shattered the appearance of relative calm and brought the class struggle to the forefront of American consciousness. It has exposed what is largely obscured in “normal times”: the fundamental division in society between the workers and the capitalists, a division between those who are compelled through economic necessity to sell their labor power in order to survive, and those who exploit the labor of others for profit.

Workers in Iowa have been accustomed to relatively high standard of living, compared to many other parts of the country. But unemployment has now rocketed from 2.7% a year ago to 10.2% in April as tens of thousands of Iowans joined the ranks of the 38 million newly unemployed. Iowa is one of only eight states that did not have a total, statewide, shelter-in-place order—in order to keep it “open for business.” The Iowa state government also did not have a plan to keep the workers in the meat-processing plants safe from COVID-19. But workers nevertheless demanded that statewide safety measures be implemented—something that cannot be done without a confrontation between wage laborers, the state, and the capitalist class.

Despite being labeled as “heroes,” many essential workers—especially the most exploited among them—are held hostage by both state mandates to work and the material need to pay rent and eat. Many still work without adequate protective equipment (PPE). Those on the blurry edges of “essential work” don’t always feel compelled to return to work and are stuck between a rock and a hard place, as refusing to work, often in unsafe conditions, could risk their unemployment benefits. Companies are now lobbying to shield themselves from any liability if employees get sick while working. Workers are reasonably concerned about their health and safety, and are reluctant to sacrifice their lives or wellbeing for the profit of their employers, who can hold their wages or unemployment benefits hostage. Marxists support the absolute right of all workers, essential or not, to make demands, not only when it comes to wages, but for safety and health.

The duration of the crisis depends in large part on slowing the viral spread, and this comes down to individual interactions, which in turn fundamentally comes down to the material (economic) conditions that frame those interactions. For example, being forced to work in a crowded business, or being forced to commute to work via crowded public transit. Given the lack of knowledge regarding asymptomatic carriers, this problem is not as nearly simple as “stay home if you’re sick.”

Iowa governor Kim Reynolds has repeatedly emphasized the importance of “metrics” in decisions regarding a state shelter-in-place order and economic reopening, but none of these mysterious metrics ever seem to indicate that shelter-in-place orders and social distancing should be mandate by the state. This is because the interests of the working class are diametrically opposed to the interests of the bosses. We’re often told that it takes risk to make profit and the capitalists are perfectly happy to allow the working class to take all the risks so that they can secure all the profits.

While Reynolds issued certain temporary restrictions on gatherings in parts of Iowa, these are in the process of being lifted, and we can expect the infection rate to rise. The more farsighted elements of the state pleaded with Reynolds to issue a shelter-in-place order, even for a short period, but she responded, in typically arrogant fashion, by saying that perhaps Dr. Anthony Fauci “doesn’t have all the information.” She has bluntly stated that she “can’t prioritize Iowans lives over their livelihoods.” Reynolds has also weaponized this virus as a cynical pretext for restricting reproductive rights.

Individual capitalists tend to do anything they can to accumulate wealth from the workers they exploit. The capitalist state, however, is responsible for looking out for the long-term interests of the capitalist class as a whole. This means that, to one degree or another, they must ensure the health and safety of workers—so that they are in a position to be exploited in the first place. But given the depth of the crisis, the capitalists are in a race with each other to profit off of the situation—and each state is in a race to help “their” capitalists succeed.

On March 25, Trump signed into law the CARES Act, which, through the Small Business Administration, offers more than $600 billion in relief for small businesses—although many larger businesses have also preyed on these loans, drawing a great deal of scorn. One category of loans which form part of the CARES act are the Paycheck Protection Program loans (“PPP loans”). These are, in effect, small-scale bailouts because their complete loan forgiveness conditions are very easy to meet. In fact, their stated purpose is to incentivize businesses to keep their workers on the payroll. However, even businesses that have received PPP assistance may not receive loans significant enough to pay a living wage to all of their employees.

For example, restaurants, most of which pay their employees pathetic server wages on the order of $5 per hour—based on the expectation that servers receive tips—can only receive a corresponding amount in PPP loan assistance per employee. The PPP loans offered through this program dried up so quickly that many businesses—and their workers—are left with no real prospects for federal assistance. There is also the slight detail that these loans have not yet been made public. And even though the Fed recently promised to publicize many CARE act loan amounts and interest rates, the PPP loans are not part of this deal.

As the economy begins moving again and things return to “normal,” the burden of these bailouts will be shifted onto the backs of the working class. Workers are justified in wanting to know the amounts of the loans received as well as operating costs so that they can see where the money is going—and to demand that they get their share. The crisis has revealed who is really essential to making society function. So when they are asked to make sacrifices or accept cuts they should demand that the bosses let them see the books and accounts.

Trotsky explains in The Transitional Program that the demand that business owners “open their books” to an audit by their workers should not be just a small-scale demand leveled at individual capitalists—who can always find ways to cook the books and cry poverty—but one to be aimed at the entirety of the capitalist class:

“To those capitalists, mainly of the lower and middle strata, who of their own accord sometimes offer to throw open their books to the workers—usually to demonstrate the necessity of lowering wages—the workers answer that they are not interested in the bookkeeping of individual bankrupts or semi-bankrupts but in the account ledgers of all exploiters as a whole. The workers cannot and do not wish to accommodate the level of their living conditions to the exigencies of individual capitalists, themselves victims of their own regime. The task is one of reorganizing the whole system of production and distribution on a more dignified and workable basis.”

It is precisely this class of exploiters which has, as a class, hoarded the wealth produced by workers and must be made to pay—through expropriation. Workers cannot depend on the good graces of small and medium capitalists or appeal to the state for better “wage bailouts.” Workers must take the fight into their own hands and organize not only workers’ committees for their right to safety and health in the workplace, but link up with other workers around the city, state, nation, and world to put forward a bold socialist program in response to the crisis—one that can actually combat issues like coronavirus consistently and make adequate preparations for them well in advance.

Socialist Revolution, the US section of the IMT, makes the following demands:

Capitalism is an outdated, dying system, something that is increasingly obvious to millions of workers and young people—even in the “heart of the heartland.” This is why the IMT fights, not merely for half-measures or short-term protections that are always at the mercy of the ruling class, but for ownership and control of the economic and political levers of society by the working class itself. Only then can meet human needs be met in accordance with safety and health protections for all workers. Only then will necessities be produced according to a rational plan, not driven by the whims of market, short-sighted capitalists, and the impotent and confused capitalist parties. If you agree with this perspective, join the IMT!