Crushed by Debt and a Collapsing Job Market: Student Life Under COVID 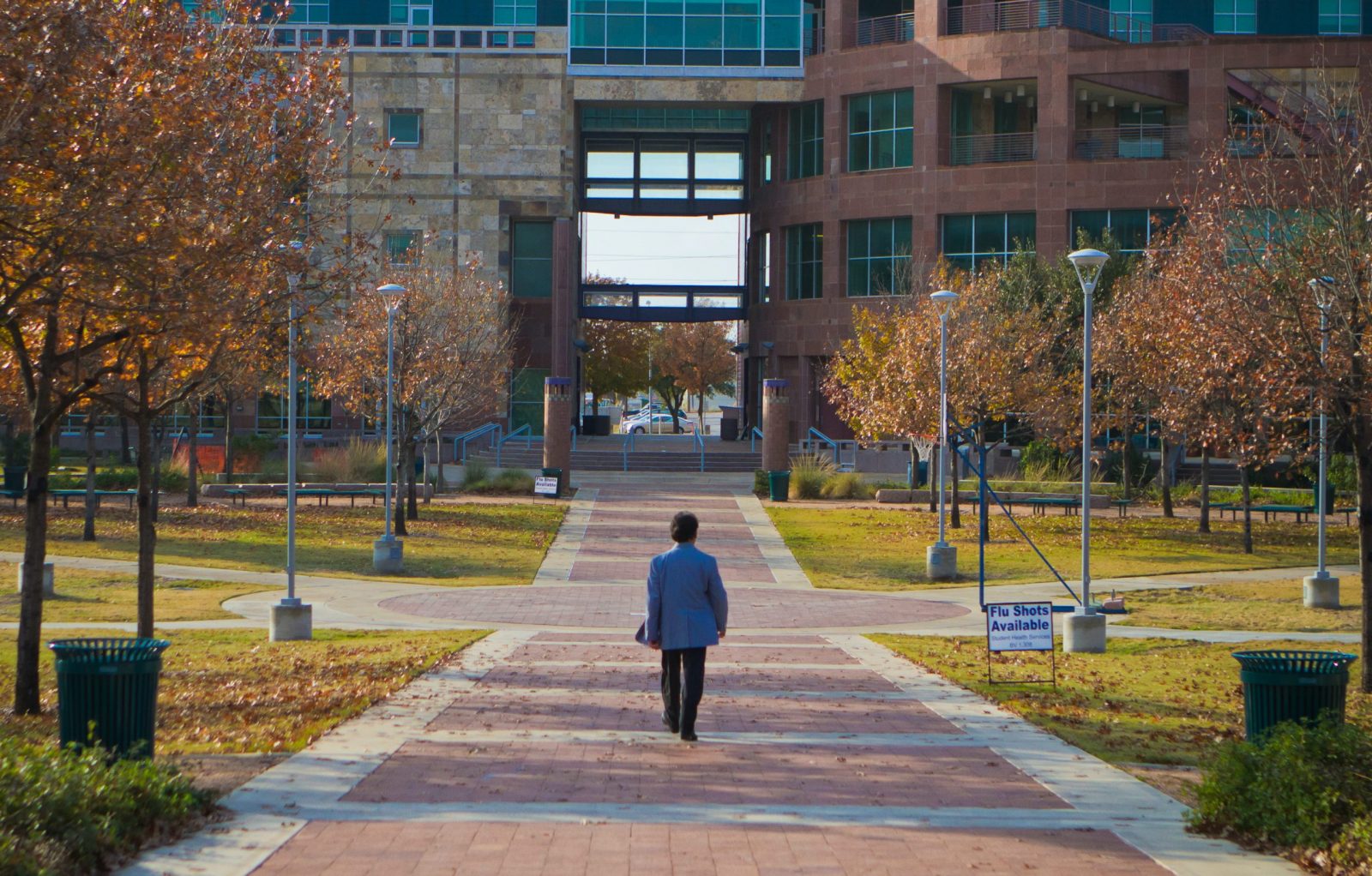 As the economic crisis triggered by COVID-19 places the fate of billions of workers in limbo, students also find themselves in a precarious position. Forced back to unsafe campuses that are now hotbeds of coronavirus, thousands of students have fallen ill. Now, many campuses have been forced to close again, adding further turmoil and dislocation to students’ lives. Decades of austerity in higher education, continual tuition increases, and rising discontent among students are all boiling over, exposing the fundamental contradictions of an education system designed, not to educate and enlighten humanity, but to benefit the rich.

As students grapple with whether they will be able to complete their college education—and graduates begin job hunting in a collapsing market—the university administrators, and their capitalist backers, have other priorities. As a result, the coming period promises to bring new waves of student movements against the rotten capitalist university system.

Checks for the bureaucrats, austerity for the students

While the upper layers of university bureaucrats continue to live off their million-dollar salaries—paid for by extravagant tuition, tax dollars, massive grants, and endowments—students and workers are offered little support to deal with the crisis. University officials complain bitterly at the millions in revenue they expect to lose over the coming period. The University of Michigan alone is expected to lose a staggering $1 billion! But we all know who will be expected to foot the bill—and it’s certainly not the college presidents and bureaucrats.

Students, faculty, and campus workers all over the world have already experienced the results of decades of austerity and privatization in higher education. Policies since the 1970s have led to the slashing of public funding for higher education. Meanwhile, college tuition costs have increased by more than 25% over the last decade. At the same time, universities have been scrutinized for bureaucratic mismanagement of funds and overly “generous” spending on the part of university officials. And while these officials are living it up, students are experiencing increasing rates of homelessness and financial insecurity, which has been exacerbated in recent months, as many students were suddenly forced out of university housing. These austerity measures have made students more vulnerable than ever—and more open to political radicalization.

According to a 2019 report by The Hope Center, among others, 17% of students had been homeless in the previous year, and a whopping 56% were considered “housing insecure.” Where will these students go now that they have been kicked off campus? Needless to say, these numbers are highest among low-income students, and above all, among black and Latino students, who face an oppressive cocktail of additional misery under capitalism.

To top it all off, far from being able to focus on their studies, over the last 25 years, more than 70% of full-time college students reportedly have been working at least one job. Many of these students work for the universities themselves, increasing the schools’ profits, but are actually paid by the federal government through the work-study program. In this case, it is the working class who pay their own wages!

Yet all of this will pale in comparison to the austerity that will be imposed once capitalism draws a full balance sheet of the current crisis and hands the bill to the working class. The growth of a permanent layer of un- and underemployed people means that capitalism needs fewer educated workers as part of a smaller workforce. Many colleges might actually go out of business. In the schools that survive, the cuts will only intensify.

To make up for lower enrollment rates, many for-profit universities are spending millions of dollars to minimize expected losses through increased spending on marketing. The University of Phoenix, for example, has been spending $400,000 per day on ads! The same goes for the losses sure to be incurred by the move to online classes, which has prompted lawsuits by students who demand that their spring tuition be refunded.

The public universities, meanwhile, are preparing for another few decades of austerity. Many states, including Democratic Party-controlled California and New York, have announced billions in cuts to higher education. Universities across the country are laying off faculty and other workers. And yet—surprise, surprise—not a single university has announced salary cuts for top officials. As is characteristic of a profit-driven system, the students, faculty, and workers—the ones who actually allow the university system to function—are expected to lie down and play dead, while their livelihoods are sacrificed on the altar of capital.

And to top it all off, with the coronavirus out of control, students are forced in many instances into “remote learning” for an extended period of time, which cuts across the real educational experience that our generation deserves.

This year’s graduates, already exhausted from years spent in a grueling university system, are poised to join the proletariat during a heightened period of class struggle. They are about to get a harsh taste of the reality of working-life under capitalism—if they are lucky enough to find a job. Crushed by trillions of dollars in student debt, this layer of the proletariat has entered the job market during the most acute crisis in the history of the system. As millions of workers lose their jobs, millions more seek employment for the first time. Research has shown that graduates entering the job market during an economic crisis are more likely to face economic and health distress throughout their lives. However, we should not underestimate the effect the betrayed expectations for a better life will have on the consciousness of this new generation of workers.

Employers are well aware of the coming challenges, and the strategists in the brazenly named “human resources” industry are doing everything they can to ensure that the exploitation of human labor power can continue with as little interruption as possible. This year’s “Class Of” report, released in mid-March, provides some indication of the psychology of the capitalist class in relation to the young labor force. This yearly report is issued by iCIMS, a company that provides recruitment tools to HR departments. The report for 2020 warns employers of the need to adjust their hiring practices if they want to continue raking in the cash.

For one, it urges employers to take advantage of “digital communication tools.” Such tools allow recruiters and employers to remain in constant contact with employees, blurring the lines between the workday and the rest of their life. Indeed, the report notes that “recruiters expect to hire the most entry-level candidates for HR (50%), IT (25%), and Sales (20%) roles,” most of which are jobs which can be done remotely, and which could require workers to be available for the bosses at all times. So much for the eight hour day!

The report further notes that “in fields considered essential at this time, new graduates may find themselves with a surplus of opportunities.” But what about all those graduates whose fields are not considered essential at this time by the exploiters? Despite the years of effort and expenses, their degrees may be useless, and many will be forced to take the first position they can find, regardless of whether it is in their field or not.

Over the last two decades, student protests and strikes have erupted intermittently around the country. Graduate students, for instance, have long been struggling for higher wages and better conditions, and some have tried to unionize. The current crisis will ensure that these struggles intensify.

In response to COVID-19, graduate students at Columbia University have already launched strikes and sick-outs, citing years of deteriorating conditions, which have been exacerbated by the pandemic. The administration, continuing a long history of shameful conduct, has attempted to quiet the struggle by twisting language itself, claiming that these are “scholars” and not workers. They refused to even recognize the graduate students’ union for years, even after a court ruled that these students had a right to organize. This shows that, even in the case of “non-profit” universities, the privileges of the bureaucrats and trustees are placed before the interests of the students and workers.

Other colleges and universities are witnessing the embers of student movements as well, including the University of Chicago and The New School. The latter has announced a 3.8% tuition raise, despite moving classes online. Students responded with various forms of strike action. In some cases, students are raising radical demands, such as participation in the universities’ decision-making process. All of these actions are inspiring. But the only way to ensure victory is to link up the struggles of the students with the broader struggles of the working class. This needs to be connected with a program for the socialist transformation of society.

For a socialist education system!

Contrary to the delusions of many on the right, the American university system is not at all a “haven of Marxist ideology.” In fact, it is precisely the opposite. Those who control the resources, hiring, and functioning of the universities are not those whose labor makes them run, but rather the bureaucrats who control them in the interests of capital. The interests of capital have always had a firm grip on the university system. Suffice it to say that the boards of directors of all major universities are loaded with members of the ruling class. Far from churning out left-wing ideology, these institutions exist to churn out profits as well as workers who can be exploited to generate even more profits.

Nevertheless, this century has seen a rise in student protest and activist movements all over the world, including in the United States. These movements are bound to intensify in the coming period, as the class contradictions of the system express themselves in the universities more sharply than ever before. It is our duty to build a genuine Marxist tendency among the youth so that their revolutionary potential does not go to waste. We should strive to win over the most radicalized students to join in the struggle for socialism alongside the working class. Armed with Marxist theory and a socialist program, the workers and students united would be an unstoppable force for the transformation of society.