Did Baby Boomers "Ruin the Economy?"

Over the past few years, a number of books and articles have sought to explain the demise of various industries as a result of the choices and lifestyle preferences of millennials. It is said that millennials are simply “not interested” in buying cars, owning homes, marrying, having children, and thus, the related industries are perishing. Millennials themselves understand that these trends are, in reality, reflections of the poor employment prospects and purchasing power millennials are faced with. A parallel argument has also emerged, which seeks to blame the “disastrous choices” made by baby boomers for the falling living standards, environmental destruction, and inflating costs of living that characterize contemporary capitalism. By recklessly pursuing self-interest with no concern for the future, we are told, boomers laid the basis for today’s economic and environmental catastrophe.

Both arguments are, in essence, products and instructive examples of bourgeois economic and political science, which seeks not to explain capitalism but to justify it, and does not operate on the basis of a consistent philosophy. Starting from the assumption that capitalism is natural and permanent, and further, that it contains no fundamental contradictions or organic tendency towards crisis, bourgeois thinkers are forced to look elsewhere to explain the increasing inability for capitalism to provide decent living standards, finding an answer in the “personality” of a given generation. Though blaming boomers may be an attractive argument for young people who are understandably frustrated by an economy they did not choose to inherit, it is fundamentally the same argument—that capitalism can be swayed by alleged generational traits.

Just as millennials are characterized as entitled, lazy, and self-absorbed, boomers are alleged to have likewise ruined the economy through subjective character traits. Some writers do not even attempt to explain the source of these traits. Others might grasp somewhat that consciousness does not come out of nowhere, and make crude attempts at explaining generational psychologies—boomers because of television and general postwar overzealousness; millennials because of helicopter parenting. Some concede that boomers acted “recklessly” because they were thrust into a particularly healthy economy. But even if that were true, the implication would be that, when capitalism is booming, it cannot help but produce a generation with no regard for the future.

Marxists begin our analysis of society by setting a clear and consistent philosophical framework, dialectics, the philosophy of change through contradiction, and materialism, which posits that conditions ultimately determine consciousness and that ideas do not exist independently of material reality. From here, we can explain that humans have free will, but within the limited range of possibilities imposed upon them by their conditions. As Marx wrote in 1852, “Men make their own history, but they do not make it as they please; they do not make it under self-selected circumstances, but under circumstances existing already, given, and transmitted from the past.” 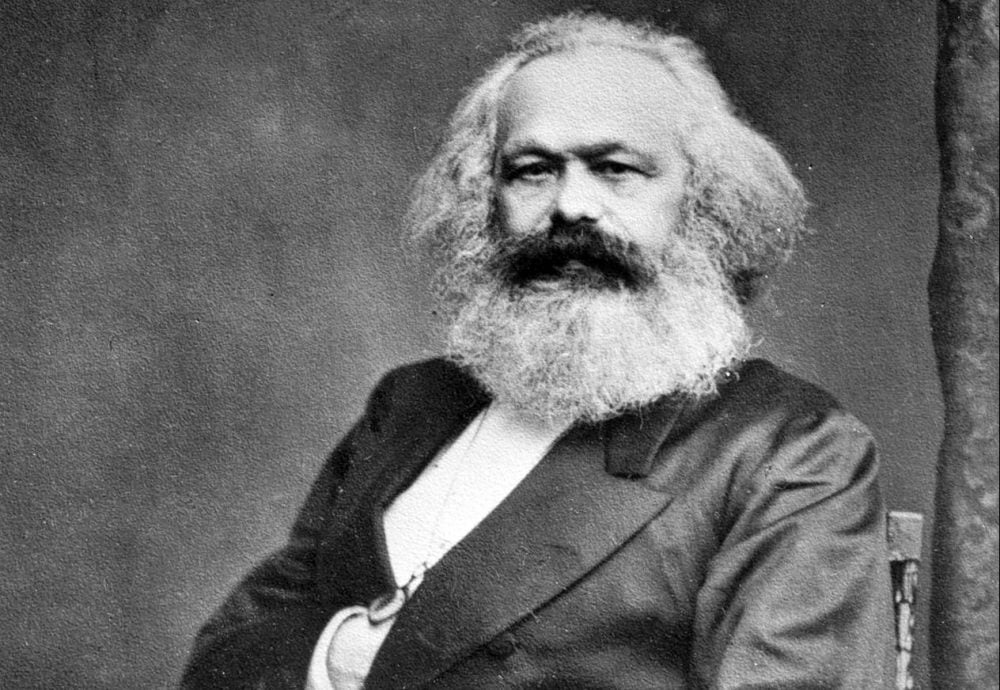 “Men make their own history, but they do not make it as they please.” / Image: Public Domain

The idea that the personality traits and lifestyle choices of a given generation could “ruin” the economy stems from the opposite philosophical trend, idealism, which posits that the material world is merely a reflection of our thoughts and ideas. While some of these bourgeois intellectuals may take a partially materialist framework, explaining generational psychology with economics, they are still ultimately arguing that the economy is determined by generational psychology, an idealist notion. From a consistent materialist perspective, Marxists argue that, while “consumer choice” does play a role in deciding which commodities are produced, in the final analysis, it is the producers of commodities who decide what “choices” we have. In a society in which the drive for short-term profit dictates commodity production, it is hardly surprising that the range of choices we are given does not allow for generational foresight.

Furthermore, Marxists explain that capitalism contains internal contradictions that organically and inevitably lead to crisis. Capitalists are structurally forced to suppress wages for the sake of profit, but in doing so, prevent workers from being able to buy back the products they produce through their labor. For Marxists, it is not a question of which generation “ruined” the economy, but rather, an analysis of the fact that simply by existing, capitalism “ruins” itself—and the lives of billions along with it.

Today, there is widespread belief that the 1946–74 postwar boom was an example of normal, functioning capitalism. This is to be expected given that the large generation that came of age in that epoch is still alive. Even among generations who did not live directly through the postwar boom, there are still strong illusions that capitalism “can work” and also provide a robust social safety net.

In reality, the postwar boom—and subsequent social programs—was a historical anomaly made possible only by the destruction of half the planet during World War II. Today, capitalism is merely returning to its more natural state—chronic crisis and instability. And though some on the left may bemoan the fact that the entire working class has not yet drawn this conclusion, we can be sure that the experience of life under capitalism will continue convincing the working class of the necessity for socialism. If the forces of Marxism are sufficiently organized at that point, we can help the working class win political and economic power, and begin the construction of a society in which our range of choices is determined not by blind economic forces, but by conscious, democratic planning.