If you are excited by the work we are doing, please consider supporting our campaign to acquire office space in NYC to strengthen our national center!

With a population larger than Canada and over 70 cities with more than 100,000 inhabitants each, California is the largest and by many measures one of the most important states in the US. Home to Hollywood, Silicon Valley, a number of the country’s busiest seaports, the biggest agricultural center, and with 54 of the Fortune 500 companies, California will be key for the socialist revolution and thus for building the forces of Marxism today.

This year the school was organized around the theme of Reformism and Revolution, with sessions on the rise and fall of the Second International, lessons from the Chilean and Venezuelan revolutions, and a discussion of Reformism and the Crisis of Capitalism today. In the aftermath of events such as the election and subsequent betrayal of Alexis Tsipras in Greece, the election of Jeremy Corbyn to the leadership of the British Labour Party, and now the campaign of Bernie Sanders for the Democratic nomination, the question of reformism is again on the order of the day. As Marxists we must study the lessons of history in order to analyze these processes and put forward a correct revolutionary perspective.

Established in 1889, the Second International gathered the Social Democratic parties of the world under its banner. The largest of these was the German SPD which claimed over a million members, a third of the electorate, 111 deputies in the Reichstag, and 90 daily newspapers. On paper, this represented a powerful force for socialism, but the Second International was formed during an upswing of capitalism, putting pressure on the leadership, which became accustomed to the struggle for reforms within the limits of the system. While formally adhering to revolution in words, they had in practice become reformists, which became apparent with the betrayal of the Second International during World War I.

Mistakes in theory lead to mistakes in practice. The Second International also provides examples of revisionism, of the pressures of alien class forces within the labor movement, and of class collaboration. The only solution then, is to fight for any reform that benefits the working class and increases its confidence, consciousness, and unity, while explaining that the elimination of capitalism and the victory of socialism is the only way to safeguard and guarantee lasting improvements in our standard of living.

One of the areas where the lessons of reformism are very clear is in Latin America. There are strong similarities between Chile in the 1970s and Venezuela today. Both revolutions were spearheaded by charismatic presidential figures, and while they won many important gains for the working class, they also halted the revolution halfway. One significant difference is that while the Chilean revolution ended decisively with a counterrevolutionary coup in September 1973, the fate of the Venezuelan revolution is still open.

One important theme was the dangers of the popular front and the class collaborationist policies defended by the reformist leadership. These policies confused the lines of the class struggle, preventing a decisive victory, and allowed the bourgeoisie time to mount the counterrevolution. The tragedy of the Chilean revolution was that while the masses moved might and main to change society, at every turn the leaders of the revolution wavered and refused to seize power, while the counterrevolution acted decisively to crush the revolution. It is a grave warning for Venezuela today, where the revolution finds itself at a decisive crossroads.

Reformism is the idea that by gradually implementing reforms, better conditions can be obtained over time and the system can eventually be reformed out of existence. As Marxists, we understand that this is simply not possible. The bourgeoisie cannot be made to reform away all of their wealth, power, and privileges. There is therefore a difference between reformism and fighting for reforms. Marxists will fight for all reforms that will increase the standard of living for the working class, but we explain that under capitalism these will always be of a limited nature and in danger of being rolled back. However, today, on the basis of the organic crisis of capitalism and the crushing weight of unprecedented levels of global debt there is no economic or social basis for reforms, and all of the old ones are being turned back as the bourgeoisie force the burden of the crisis onto the shoulders of the working class. The experience of the postwar boom fostered illusions in reformism for an entire period, but this has come to an end.

The 2015 California Marxist school ended with energetic singing of The Internationale and a lively social during which the conversations on theory, strategy, and tactics continued into the night. The enthusiasm of those present is sure to carry into the new year, and all the hard work we do to build the forces of Marxism in the months ahead will lay the basis for an even larger and more successful school in 2016. Join us in the struggle for a better California and a better world! 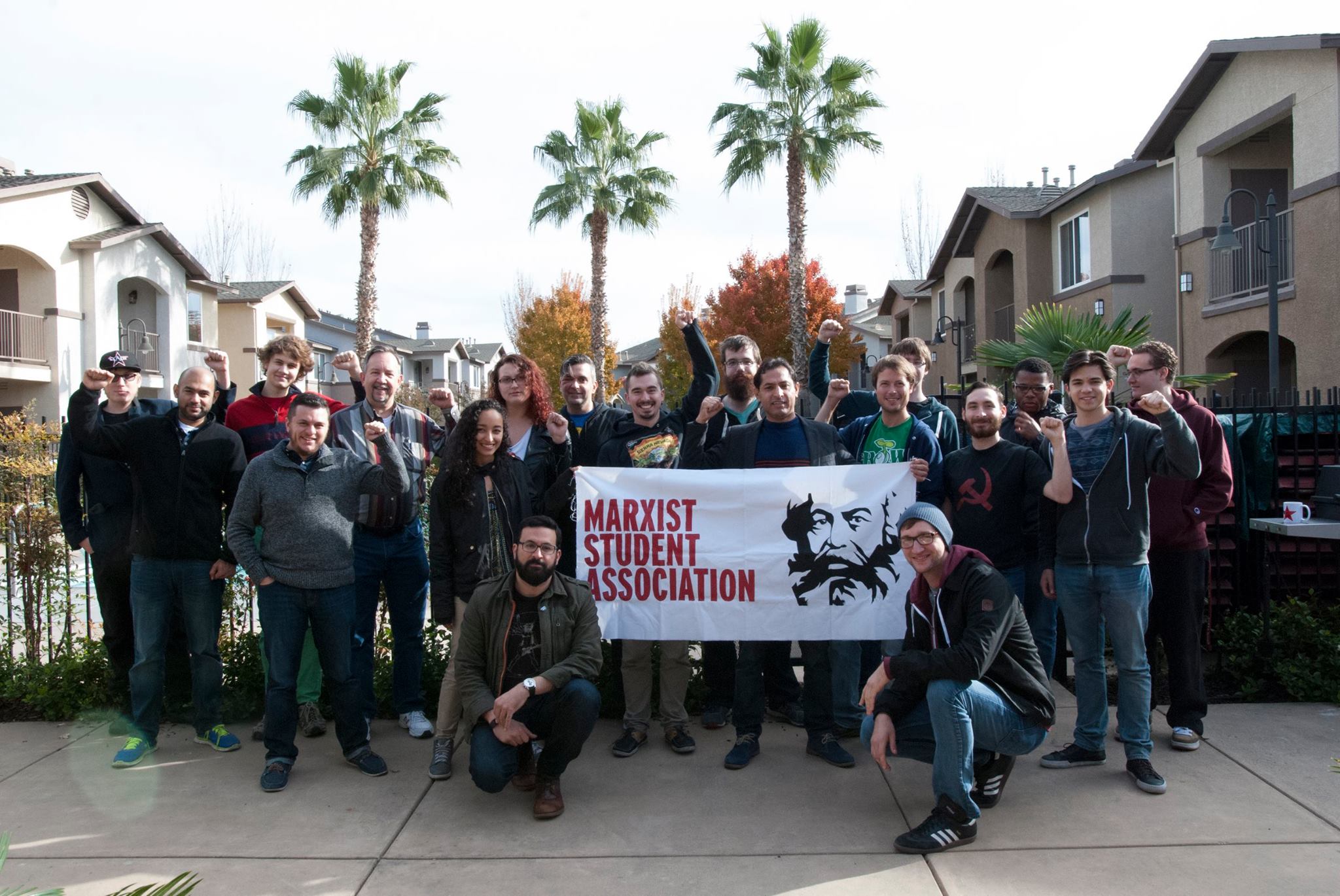