Events in Indiana Expose the Ugly Face of Capitalism 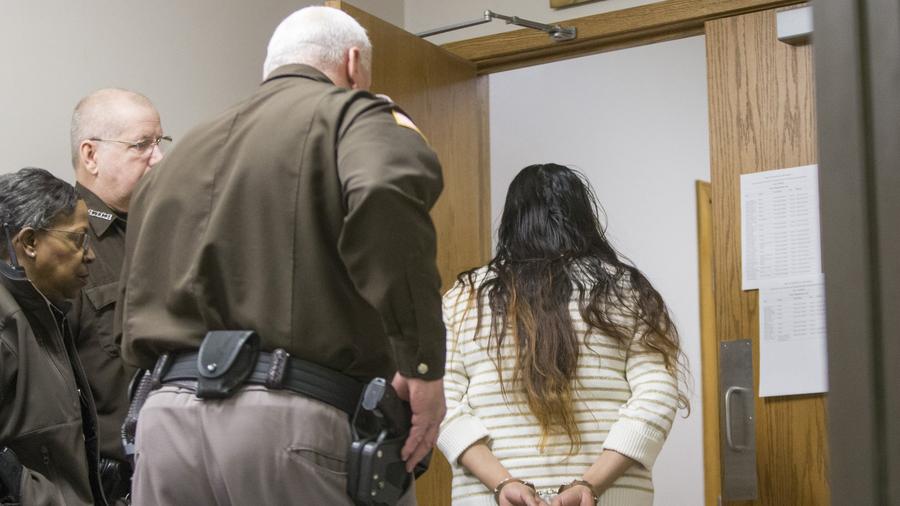 In recent weeks, Americans have been scandalized by two right-wing provocations in Indiana. First there was the case of Purvi Patel, a woman sentenced to twenty years in prison for so-called “feticide,” an invented crime defined by Indiana state law as ending a pregnancy deliberately.

Whether or not Patel deliberately induced the miscarriage is beside the point altogether. The only motive Patel could have had was the terrible pressure put on her by a conservative family and society more broadly to conform to bourgeois morality. While capitalism has been forced to soften this once-stern stance, according to many powerful people and institutions in present society, sexual activity and childbearing before marriage is immoral—especially for women. Bourgeois morality also bears responsibility for her lack of access to quality reproductive healthcare, as state governments have severely eroded a woman’s basic democratic right to bodily autonomy with the so-called “pro-life” laws.

For example, abortions are mostly carried out in special clinics, as opposed to in hospitals, where health care procedures are normally conducted. Even in areas with access to abortion, the clinics are nearly always subject to right-wing protestors, who harass and traumatize the patients in scenes that reflect official society’s attitude towards her decision. That such outlandish morality, discordant to the actual reality of human life, is now being used to throw a person into the nightmare of American incarceration for two decades, is really an indictment of that morality and the system that produces it, namely capitalism.

The maintenance of this oppression of women is crucial to capitalism, which depends on the dominance of the nuclear family to impose on working women the additional burden of maintaining working families’ households and rearing the next generation of the working class free of charge. Indeed, since the rise of private property in human history, such abuse has been the norm for women, as their personal subordination to males became a prerequisite for the orderly transfer of private property through primogeniture. There is also the ruling class’s dependence on misogyny as part of their divide-and-rule tactics. Patel’s privacy has been desecrated and her entire life devastated. It is enough to imagine the odds of a bourgeois woman receiving such treatment to identify the layer of society responsible for this outrage.

Ironically enough, it is the socialists who are the only people genuinely fighting for a world in which abortion would not be necessary. Abortion is a medically invasive, socially stigmatized, and expensive procedure. Women don’t plan on an abortion until the event of an unplanned pregnancy. This lack of planning is symptomatic of a general state of affairs in society where people do not have personal control over their own lives but are instead subject to the dictates of the market and other forces alienated from human will. For-profit healthcare, general material need, and so on are to blame for abortions, and not the women who get them. Legal restrictions on abortion only result in dangerous and deadly “back alley” abortions. Furthermore, the idea that a first or second trimester infant is capable of sentience is at odds with the findings of embryology.

Then there is the state’s new anti-LGBT bill, known politely as the Religious Freedom Restoration Act, which has rightly provoked widespread outrage and disgust. The bill ostensibly protects the religious rights of corporations. But even in this official format, its class nature is apparent. In reality, it is designed to give businesses the right to arbitrarily reject customers of unwanted backgrounds, especially those who identify as LGBT.

This chauvinism is again clearly rooter in bourgeois morality, the bourgeois family, and the need for capitalism to lean on the religious right and divide and rule the masses. Under pressure, the bourgeois media condemned the act, and much of the political establishment joined in. But it is precisely at such moments that it is urgent to remember who our friends are and who our enemies are. Democratic Party politicians worked diligently to manipulate the struggle against the bill so it would not threaten the system. As usual, they pretend to be, not just supporters of LGBT emancipation, but the actual force that will bring it about. But what do we have to show for this “support”?

All the Democrats can offer is minor concessions in the legal sphere. Marxists unconditionally support equality before the law. However, the legal right to marriage is of marginal help to an LGBT teen driven to the point of suicide by a culture of hate, or to the disproportionately high number of LGBT youth homeless. Legal equality or not, as long as personal safety and security are tied to a price tag, LGBT individuals will be subjected again and again to abuse. Until a fundamental change in society takes place, the same culture of bigotry and alienation will persist.

Patel’s case and the RFRA are only a microcosm of the general nature of the judicial system in capitalism. Lenin once said, “Freedom in capitalist society always remains about the same as it was in ancient Greek republics: Freedom for slave owners.” This has certainly proven true in the case of the RFRA, which grants corporations the democratic rights of people, which are then promptly used to oppress and exploit real people. If the fight for LGBT emancipation stops at legal equality, we are only making minute gains in enemy territory, with no plan to actually defeat the other side.

The Democrats and the “left” wing of the bourgeois media offered only one tactic in the struggle against these provocations: boycott the entire state of Indiana. This idea neatly serves their need to obscure the class question. The capitalists, the bourgeois politicians, and those who have no power or property are apparently all equal partners in the sins of Indiana, all equally deserving of punishment. It also seems to suggest that all women and LGBT people need in Indiana is for the state to be brought to the polite standards of the other forty-nine states. One can’t help but wonder about the class dimension of so-called voting with dollars—is that the tactic of the working class or of the capitalist class? Who is it that has property to politically affect the state of Indiana through divestment? And who would therefore be excluded from this form of “struggle” altogether?

Finally, one more question must be asked. Where is it that the worst attacks on LGBT individuals and women occur? The Patel case and the implications of the RFRA are horrific. But as repugnant as they may be, they pale in comparison with what happens in so many of Washington’s client states. From the Indian subcontinent to Libya to Uganda, regimes that could never be in power without the permission of American imperialism commit unspeakable crimes against women and LGBT people, far more egregious than the recent ignominy of Indiana. The paymaster of these regimes is not the state of Indiana but the entire American capitalist class. The end of oppression and exploitation at “home” and around the globe will be possible only when it is overthrown.

On the basis of events like the RFRA and the Patel case, and in the context of an economic crisis with no end in sight, American workers are beginning to grasp this. The public reaction against these outrages is proof that the youth’s recent turn against bigotry is not a gradual path towards more and more “tolerance,” but a prelude to greater struggles and polarization in society, in which one side must defeat the other.