“Fire and Fury”: The Legacy of Hiroshima and Nagasaki 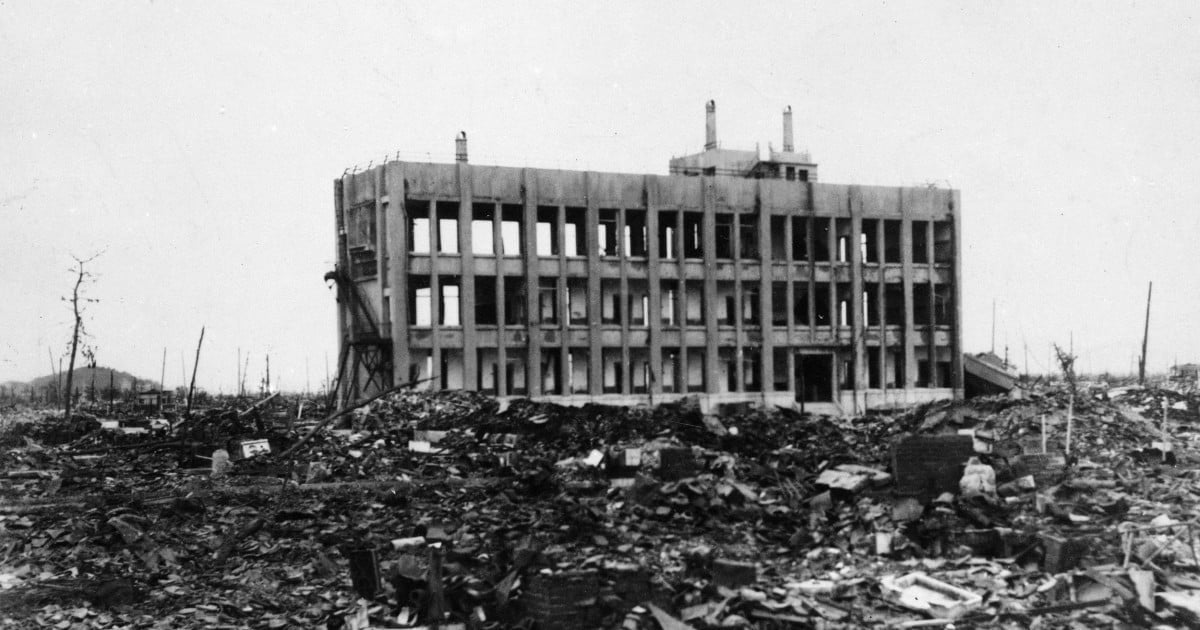 The timing of Trump’s incendiary comments has given them a particularly dark connotation, considering that this week marks the 72nd anniversary of the dropping of two nuclear bombs on the Japanese cities of Hiroshima and Nagasaki, an event which brought arguably the darkest chapter in human history to a horrific close.

As the Second World War drew wound down, two superpowers were beginning to emerge which would spend the next 46 years locked in ideological and economic conflict: The United States, strengthened by war production and the exhaustion of its imperial rivals, and the Soviet Union, which had lost 20,000,000 of its citizens in the bloody and brutal conflict but had emerged as the dominant power on the Eurasian landmass.

As the war continued in the Pacific theater, the tide was overwhelmingly in the Allies’ favour. The Japanese economy and military forces were on their knee and Japanese military command was suing for peace to prevent their total destruction. Japan’s defeat was inevitable and a peace settlement was the only option to end the relentless bombing of its cities, which had been ongoing for over 3 years and had caused an estimated 900,000 deaths.

However, for the Americans time was of the essence. After securing victory in the west the Soviet Union was turning its sights eastward and the Americans were desperate to stop them from gaining territory and influence in the region. In order to prevent a Soviet invasion of Japanese territory and to show the strength of the U.S military, President Truman, with the backing of both Britain and France, ordered the unthinkable.

On the 6th of August 1945, an atomic bomb dubbed “Little Boy” was dropped on the Japanese city of Hiroshima, a second bomb, “Fat Man” was dropped 3 days later on Nagasaki. The combined death toll is estimated at 200,000 people; however, this does not take into effect the lasting effects of radiation which continue to blight the inhabitants of the two cities and will continue to do so for generations to come.

At the time, the western media outlets and the press painted the Japanese as a primitive people who followed the uncompromising military code of Bushido and would fight until every last one of them was killed. However, in a report commissioned by the United States in 1946 called the “Strategic Bombing Survey in Japan” after interviewing Japanese civilian and military leaders, and reviewing documents and correspondence, it was concluded that the atomic bombs had been unnecessary to win the war. The report states:

“Based on a detailed investigation of all the facts, and supported by the testimony of the surviving Japanese leaders involved, it is the Survey’s opinion that certainly prior to 31 December 1945, and in all probability prior to 1 November 1945, Japan would have surrendered even if the atomic bombs had not been dropped, even if Russia had not entered the war, and even if no invasion had been planned or contemplated”.

These findings are reinforced by many in the U.S military itself, to quote two notable examples: Admiral Chester Nimitz, Commander in Chief of the U.S. Pacific Fleet, said, “The atomic bomb played no decisive part, from a purely military point of view, in the defeat of Japan”, while Fleet Admiral William Leahy, Chief of Staff to President Truman in 1950, said, “The use of [the atomic bombs] at Hiroshima and Nagasaki was of no material assistance in our war against Japan. The Japanese were already defeated and ready to surrender because of the effective sea blockade and the successful bombing with conventional weapons.”

These bombs were not dropped to prevent further casualties, nor to destroy the Japanese military. Contrary to what is often stated neither city had justifiably large military garrisons nor were they sites of great wartime importance. These cities were destroyed as a method of intimidation and to set the scene for America’s imperialist aspirations in Asia. Further, it was a clear demonstration of America’s willingness to utilise their atomic capabilities. By ending the war in such a way, America achieved its most pressing goal: to halt the Soviet expansion into East Asia.

In the aftermath of these events, America was quick to intervene in Japan and establish a foothold in the new regime, helping to establish the constitution which is still in effect in Japan to this day. Japan would act as an important capitalist counterweight to both Soviet influence and, later, that of China, which would go through its own revolution under Mao.

The events of Hiroshima and Nagasaki are a demonstration of the lengths that the capitalist class are willing to go to in order to preserve their global power. This is the legacy which Trump evokes when he threatens “fire and fury against his enemies”. As long as the capitalism and imperialism are left to ravage the world we will live under the constant threat of future atrocities.

The lies and propaganda of the ruling class will always demonise the victims to justify their actions. Therefore, we should remember the events of August 1945 with a clear and sober mind, in remembrance of the innocent men, women and children who died and to prepare for a socialist future where events such as these will finally be resigned to history.