Ford: Bailout for the Bosses, Buyouts for the Workers 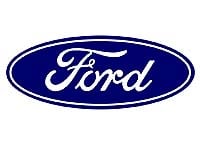 As the financial crisis continues to unfold and Wall Street and both parties in Congress hand the bill to taxpayers, auto maker Ford is trying to grab a slice of the pie as well. Ford’s lobbyists in Congress have been hard at work, and in late September, were able to get low-interest loans from the federal government totaling up to $25 billion. They claimed these huge loans are needed to develop new technologies, and for factory investments needed to meet new standards for air pollution and fuel efficiency for new models.

Ford bosses were claiming empty pockets in meetings with UAW leaders, saying that because of falling sales thousands of workers would have to go. The company had a net loss of $8.7 billion in the second quarter, and has cut overtime and eliminated 2nd shifts in many plants. Ford has already cut 500 jobs in Ontario, Canada and 600 part-time workers in the Chicago Taurus plant.

The Ford bosses have now told the United Auto Workers union (UAW) that it needs to cut 4,000 “excess” workers, despite the bailout. Apparently the rules of “rugged free enterprise” only apply to the working class!

Ford workers, like workers at GM and Chrysler have seen hundreds of thousands of jobs evaporate over the last few years. In 1979, the “Big Three” auto makers employed over 1 million people in North America; today, there are only around 300,000 unionized auto jobs in the U.S. and Canada. Since 2005 alone, more than 40,000 Ford workers (40 percent) have been cut from the payrolls. Ford now employs just 60,600 workers.

The “Big Three” have long been stymied in their “cost cutting” by the fact that under UAW contracts, laid off workers receive most of their base pay. So in general, the auto bosses  cannot remove workers from the payroll unless they retire. So, they have been pushing buyout programs instead, where workers are offered a short term cash “buyout” to take early retirement. So far this year, 4,200 Ford workers have opted for buyouts. 4,000 more jobs are targeted for buyouts. Ford’s buyout push has hit a bit of a snag, though, as the overall economy takes a nose dive.

But, if Ford is getting a $25 billion loan from the taxpayers, why are workers being pushed out the door? If Ford demands public financing, we should demand public ownership. Unless nationalized and run under democratic workers’ control, Ford will continue to operate in the interest of corporate greed, and not in the interest of the majority who need jobs, housing, health care and education