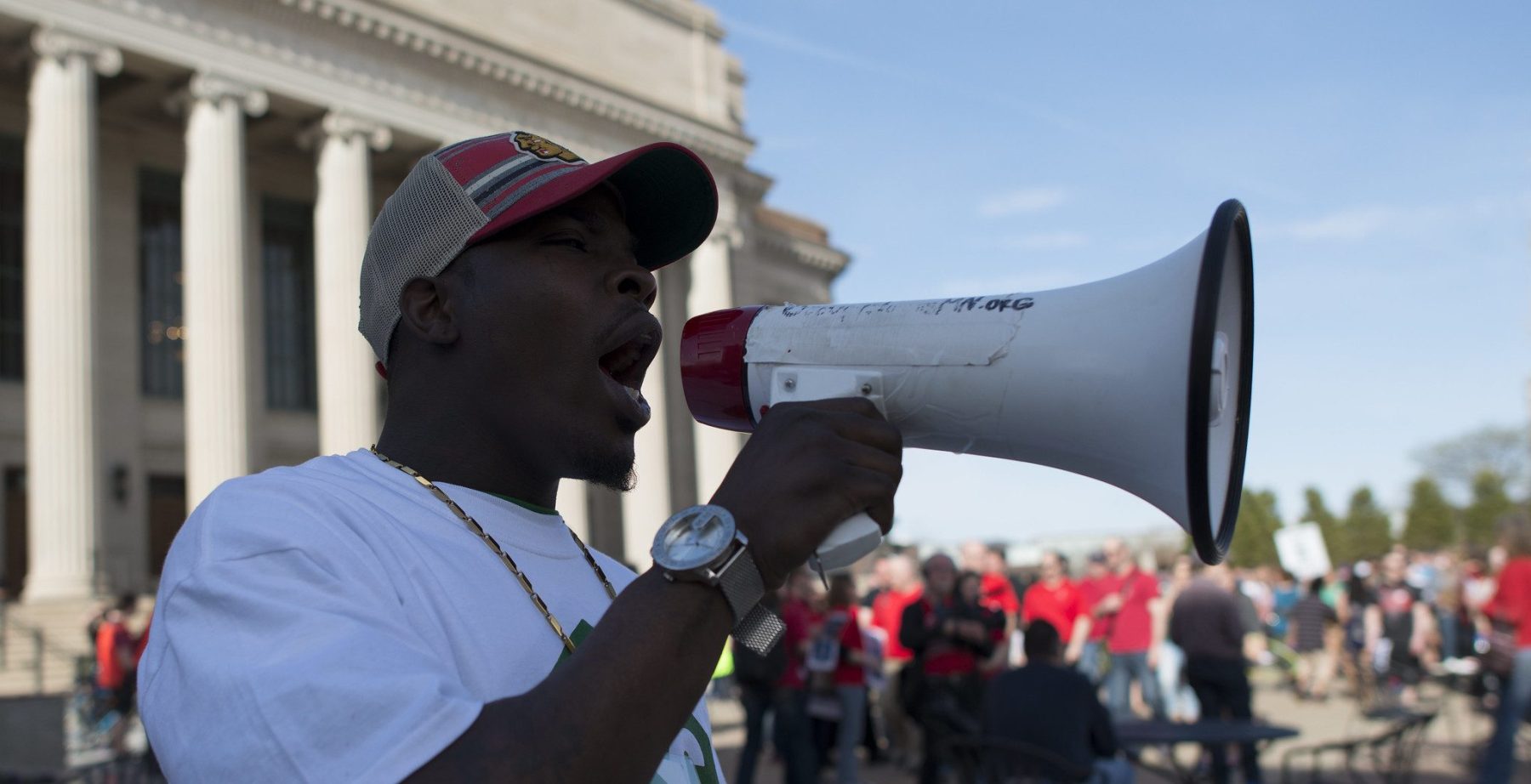 The crisis of capitalism has led to a massive radicalization over the past few years, but it has also created enormous pressures in everyday life trending towards alienation and atomization of the working class. The shift to remote work, unemployment, and increasing rates of burnout all apply pressure on individuals—but there are no individual solutions to collective problems.

During the pandemic, the capitalists responded with colossal layoffs, sacrificing the jobs of tens of millions of workers to save profits. In April 2020, there were 4.9 unemployed workers for every job opening, but the situation has now flipped to nearly two job openings for every unemployed worker. In fact, job openings have continued to grow despite a slowdown in GDP. What has been called the “Great Resignation” is now at an 18-month streak of workers quitting their jobs in record numbers, which is itself reflective of deeper shifts in mass consciousness.

Many of the industries that were once applauded for being essential are now where turnover tends to be the highest—at the cross-section of high stress and low pay. The National Education Association found that 90% of educators reported burnout as a serious concern and 55% of members said they were more likely to leave or retire sooner. Younger workers are also more likely to be looking for a new job, including as many as 79% of Gen Z and 61% of Millennials, according to one survey.

While the pandemic exposed and exacerbated the problem, the real cause is to be found in the mounting contradictions within the capitalist system itself. The capitalist class emerged from the pandemic with record profits, but the working class was forced to make sacrifices and millions continue to tighten their belts in the face of rampant inflation and an impending recession.

Profits represent the unpaid labor of the working class, which, in interaction with nature, is responsible for creating all value in society. However, without organization the working class is just raw material for exploitation. The idea that individuals can somehow pull themselves up by their bootstraps has been repackaged and given the name “hustle culture,” promoted on social media with “motivational” quotes from the likes of Elon Musk. This is the same billionaire who just slashed the Twitter workforce in half and earlier justified brutal working conditions by saying, “There are easier places to work, but nobody ever changed the world on 40 hours a week.” Last year, Dolly Parton even reprised her hit “9 to 5,” encouraging fans to pursue their “5 to 9” and “be your own boss, climb your own ladder.” Today, a search for the term produces different results: “burnout culture” and “toxic productivity.”

In response, “quiet quitting” has emerged as an instinctive rejection of hustle culture and the pressure to go “above and beyond” at work. Panic ensued in the headlines, with Arianna Huffington calling the trend “a step toward quitting on life,” and Shark Tank’s Kevin O’Leary mocking the idea of a work-life balance. “People that shut their laptop at five, want that balance in life… nine to five only, they don’t work for me.”

But how widespread is the “quiet quitting” phenomenon? A Gallup poll on employee engagement found that at least 50% of workers are not engaged or “quiet quitting,” with an additional 18% actively disengaged at work. Other polls taken during the pandemic found “devastating blows to stress, worry, and life evaluation,” leading to the US Surgeon General to declare that toxic workplaces are bad for mental and physical health.

The phenomenon of quiet quitting is not new, however, nor is it unique to the US. In 2021, a similar meme exploded in China encouraging workers to drop out of the rat race and “lie flat” refusing to be mere “chives” for the exploitative harvest of the capitalist system. Class consciousness is rising as workers and youth around the world search for an outlet to express their discontent.

Capitalism alienates, atomizes, and isolates individuals, forcing them to accept the burden of the crisis as individuals—already 76% of households are tightening their belts in preparation for a recession. The grind of everyday life exerts enormous pressure, but workers cannot fight against this system through individual actions. But as a class, workers have immense social power that can only be leveraged through mass collective action: strikes, general strikes, workplace occupations, and demonstrations.

While all other major institutions are experiencing a crisis of confidence, unions are polling at a 57-year high. A wave of union recognition struggles has swept the country, with workers at Apple, Starbucks, Trader Joe’s and many more joining the fight. The working class is returning to its traditions of struggle and relearning lessons of the past. The labor movement used to be armed with militant tactics like work-to-rule, whereby, much like quiet quitting, workers refused to do more than was outlined in the contract. Or the sit-down strike, where they defiantly occupied the factory. It was organized workers flexing their collective muscle that made these tactics so powerful.

Along with class-independent organization and tactics, the labor movement must also be armed with ideas and a program that can fundamentally transform work and life. Socialists and communists helped to build the labor movement with the understanding that the interests of the workers and the bosses cannot be negotiated, as they are irreconcilably opposed. Today, socialists stand on the front lines of the battles for union recognition, but this is just the beginning of the struggle. To win, the movement must be armed with Marxist ideas and a revolutionary program to transform society. If you agree, join Socialist Revolution to learn more and help us fight for these ideas in the labor movement.