From Eclecticism to Bolshevism: Why I Joined The IMT

On July 12, 2016, I watched sadly as Bernie Sanders formally endorsed Hillary Clinton’s presidential campaign at the Democratic National Convention. Like many others, I had spent the previous six or so months doing everything in my power to help Sanders’s candidacy—but it had ended with defeat and capitulation. “This is the real world we live in!” he told his Clinton-skeptical supporters later that month, solidifying my discontent and disappointment.

But my interest in socialism grew stronger. I spent that summer immersed in an increasingly leftward-moving torrent of socialism-related YouTube videos, Reddit posts, and articles, drawing increasingly hard-line conclusions about the Democratic Party, lesser-evil voting, and capitalism itself, though I still was very much unsure what the path forward was. By fall, I knew I wanted to join a socialist organization, and I started going to any and all socialist meetings I could find.

Initially, I was repelled by what I perceived as “old ideas” about how to achieve socialism. I felt that the downfall of 20th century “state socialism” was due to a problem with the theory behind it, and I viewed the groups still defending and analyzing those events as out of touch with the moment. What we needed, I thought, was “new ideas,” apparently yet undiscovered, or perhaps a sort of fusion of the ideologies that already existed. Furthermore, I understandably wanted to “do something now,” which made me view theory and history as merely supplemental to action.

Additionally, I was demoralized by the small size and disunity of the left, and what I thought was a fundamentally new and different historical moment at which point the majority of people were no longer able to think outside the confines of the two-party system and capitalism. I felt that “socialism” was a permanently marred word, and that we should distance ourselves from the word, the history, and even the color red.

But while I viewed Leninism and the idea of seizing the means of production as outdated, and detailed political discussions as interesting but unnecessary, I continued attending IMT-hosted events, as I could not help but be captivated by the breadth of knowledge and seriousness about transforming society exemplified by its members. I was especially intrigued by their sober, unsurprised attitude towards the Sanders phenomenon, a movement that had seemed shocking and unpredictable to me. 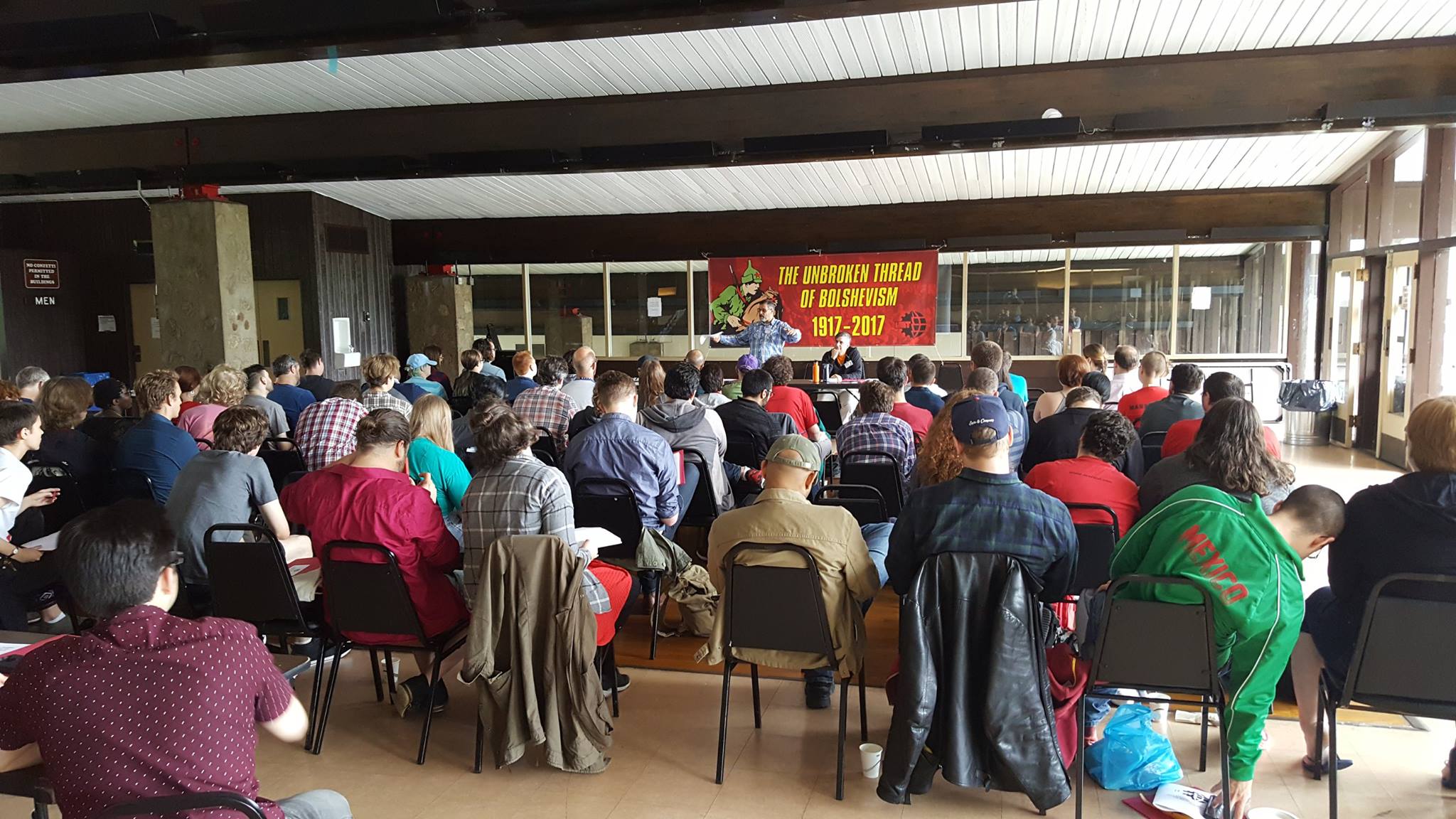 “I continued attending IMT-hosted events, as I could not help but be captivated by the breadth of knowledge and seriousness about transforming society exemplified by its members.” / Image: Socialist Revolution

In subsequent meetings and discussions, my pessimism about the potential for socialism and prejudices against “old ideas” started to change. I learned that the “new ideas,” such as “taking over” the economy with worker-owned co-ops or building “alternative institutions” within capitalism itself, were in fact older than Bolshevism itself, and had already been proven to be a dead end.

I realized that theory is not an abstract, academic, or unnecessary pursuit, but rather, a vital foundation to ensure that any action we take is worthwhile and grounded in a correct appraisal of the situation. Whereas before, I had been prone to wanting to simply “take to the streets” or canvass, this now felt akin to telling a chemistry student who is diligently working on a problem set to cast aside the books and just go “do something” in the lab.

I learned that the Russian Revolution was viewed by its leaders as only the first in an international chain of socialist revolutions, but because a revolutionary leadership had not been prepared in advance in neighboring countries, the revolution had found itself isolated in semi-feudal conditions, making bureaucratization all but inevitable. This concrete, Marxist explanation for the degeneration of the Soviet Union felt vastly more comprehensive and accurate than the hazy, eclectic ideas I had absorbed from internet comments and leftist academics, and also made me realize that studying the Russian Revolution is of practical importance; it was not flawed theory, but rather highly specific historical conditions that had given rise to Stalinism. 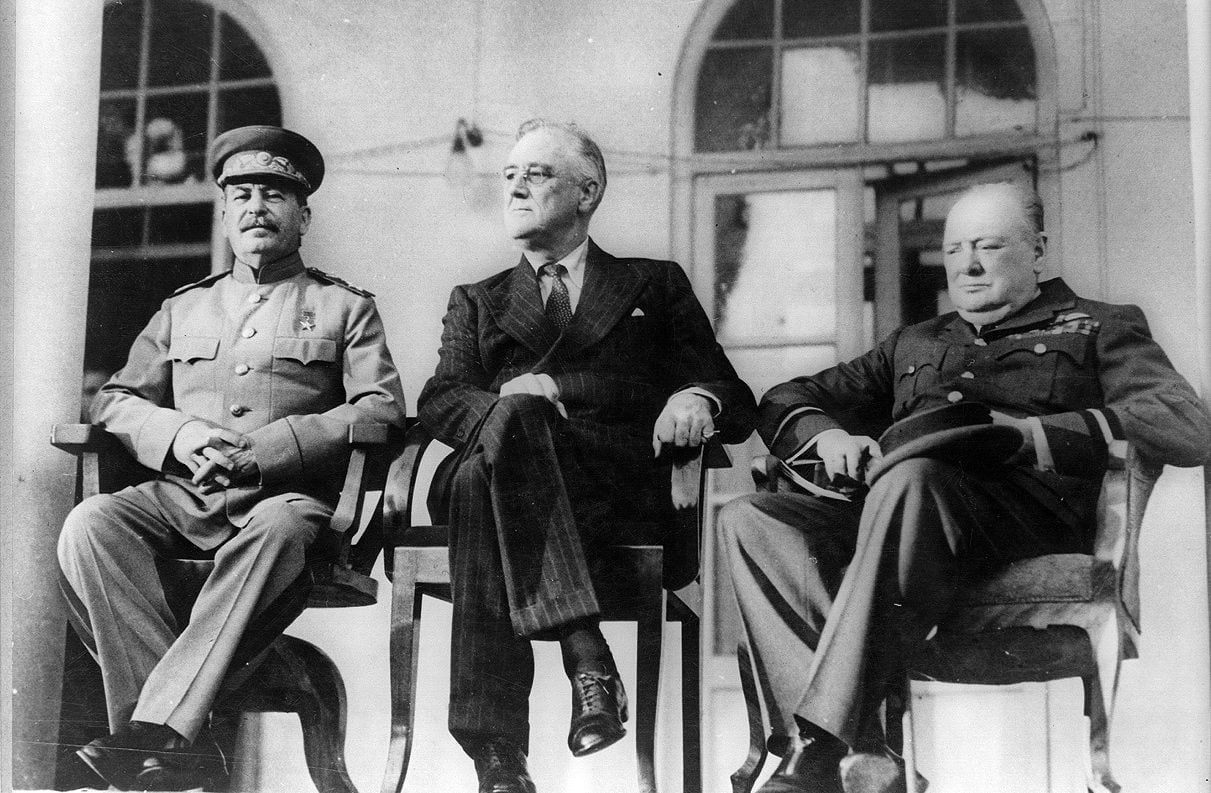 “It was not flawed theory, but rather highly specific historical conditions that had given rise to Stalinism.” / Image: Public Domain

I learned that the small size of the Left was not due to a permanent collective disinterest in socialism, but due to an anomalous historical period of relative stability for capitalism. As the crisis of capitalism inevitably intensified, increasingly large layers of the working class would move into political action, the beginnings of which were already evident with Occupy Wall Street, #BlackLivesMatter, and the Sanders campaign. My mistake, I later realized, was that I had viewed society as fixed and rigid, rather than in flux and prone to change. The latter approach—the method of dialectics—was what had allowed members of the IMT to feel confident that a phenomenon like the Sanders campaign was inevitable long before it even happened.

Bolshevism, I came to realize, was not a hyper-specific strategy applicable only to tsarist Russia, but rather a flexible, universally applicable framework for building the forces of Marxism in advance of social upheavals—instead of futilely trying to improvise a leadership in the spur of the moment. In light of the many revolutionary moments in history that were missed due to a lack of leadership, this struck me as an urgent task.

I can relate to those who feel that we need “new ideas” to build socialism in the 21st century, or who feel impatient with and demoralized by the present state of the movement. But the reality is that we already have the most advanced ideas yet known to humanity—the ideas of Marxism. And with these ideas, we can be confident that the situation can and will change, whether we are prepared for it or not. Trotsky wrote in 1938 that “the world political situation as a whole is chiefly characterized by a historical crisis of the leadership of the proletariat.” This is still true today, so the IMT is actively rebuilding proletarian leadership, and I encourage anyone who wants to see socialism in our lifetime to join us.