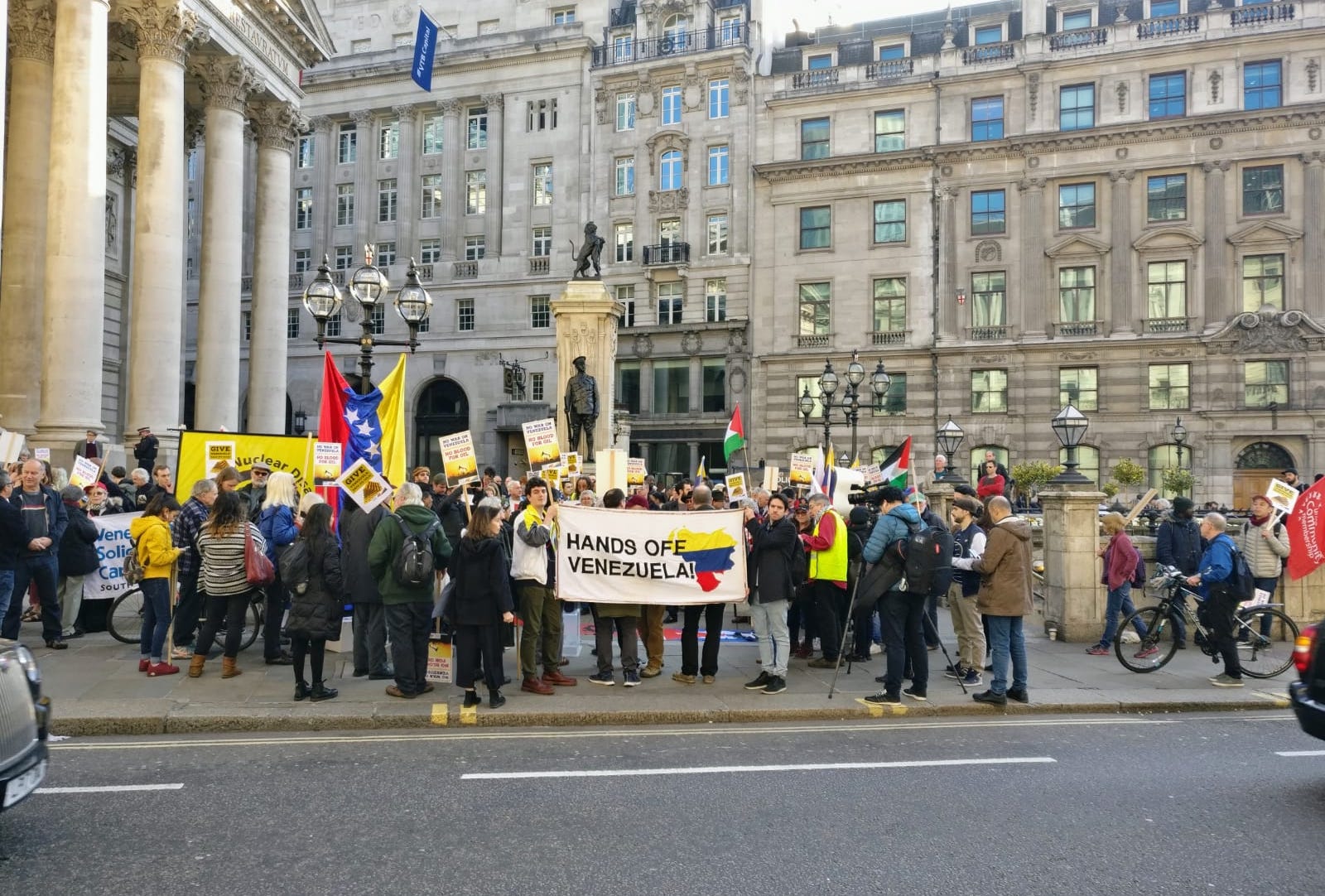 We condemn without reservation the outrageous decision of the UK High Court to deny Venezuela access to 31 tonnes of gold deposited at the Bank of England. This decision can only be described as daylight robbery and an act of piracy.

The UK High Court ruling on July 3 stated that the UK government “unequivocally recognized opposition leader Juan Guaidó as president,” and therefore the gold deposited in the Bank of England should not be handed over to the Venezuelan Central Bank as its lawyers had requested.

The Bank of England originally took the decision to block access to the gold reserve, worth over US$1 billion, which had been deposited in London for safekeeping, in 2018. That decision was taken at the request of the US government as part of its efforts to undermine the Venezuelan government.

At that time Guaidó had not even proclaimed himself “president” and therefore the UK had not recognized him as such. In his recently published book, John Bolton explains how the then British Foreign Minister, Jeremy Hunt, was “delighted to cooperate” with Washington’s “regime change” efforts against Venezuela, specifically mentioning the freezing of Venezuela’s gold reserves at the Bank of England.

The fact that the UK High Court cites the UK government’s recognition of Juan Guaidó as the reason for blocking access to the gold is farcical. The UK government has formally recognized Guaidó as “interim president,” but maintains full consular and diplomatic relations with Venezuela and its legitimate government. There is a Venezuelan ambassador in London and a British ambassador in Caracas.

Furthermore, the Venezuelan government had pledged that proceeds from the repatriation of the gold reserves would only be used, under supervision of the UN Human Development Program, in the fight against the COVID-19 pandemic in Venezuela.

By continuing to illegally withhold the Venezuelan gold, the UK is endangering lives in Venezuela.

We call on the labour, trade union and solidarity movement in Britain and across the world to energetically reject and protest this outrageous decision of the UK High Court, which sets a very dangerous precedent.

Give Back the Gold!