Iranian workers are not alone! – pickets against political prisoners

Over the weekend pickets and meetings were held all over the world in solidarity with Iranian workers. The pickets were organised by marxist.com together with the Iranian Workers’ Solidarity Network.

On Sunday, March 15 at 2pm, 4 comrades from the Washington, D.C. branch of the Workers International League and the Iranian Workers Solidarity Network held a protest at the Interests Section of the Islamic Republic of Iran. Despite the rain and cold, the protest drew interest from several passers-by and workers inside the embassy. Comrades displayed the IWSN banner for an hour, which gained the attention of both pedestrians and drivers. While the event was small in size, it is encouraging that this year’s protest was double the size of the historic first protest the previous year. The U.S. section of the IWSN has also gained a larger network of contacts in D.C. and nationally through promotion of the event. With the growing public interest in the IWSN, the campaign shows signs of promise in the D.C. area. More meetings are being planned to spread the word, and more solidarity actions are being planned as well. Contact us for more information! 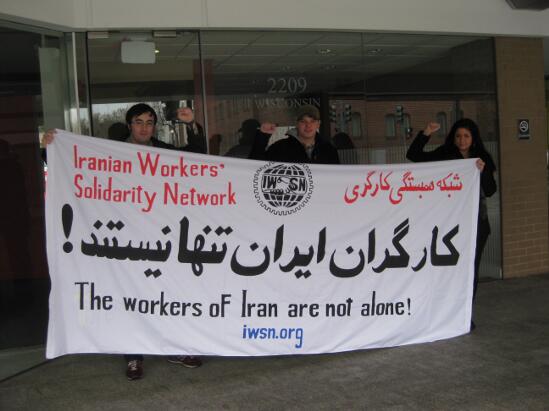 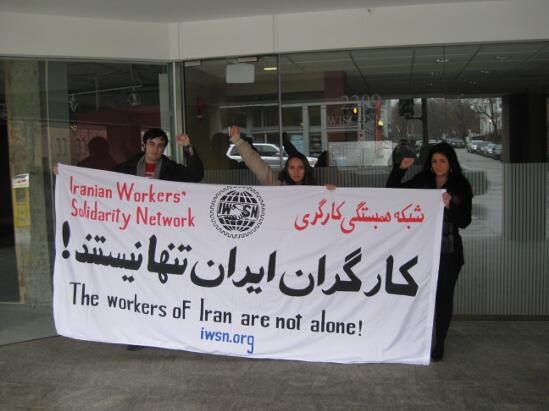 On March 14 activists and members of El Militante (Spanish section of Marxist Current International) organized a picket in front of the Iranian embassy in Madrid. Dozens of members participated in that picket. This action share the same features that the other pickets organized the same day in dozens of cities around the world. The purpose was to show that Iranian workers are not alone in the face the oppression; that they suffer by the reactionary regime of the mullahs and their struggle for a free and independent trade unions, for basic democratic rights including the right to strike, demonstration, organization, etc. Their struggle is considered the same struggle for many workers worldwide.

Workers in Spain encourage the Iranian workers to persevere in the struggle. 30 years ago the struggle of the Spanish workers achieved the overthrow of a hated Spanish dictatorship. The Franco regime seemed almighty and eternal, but was unable to resist the power of a working class determined to end it. Although many years have passed since those events, the fight still is fresh in the minds of millions of workers. For that reason the Spanish workers follow closely the struggle of Iranians workers for their democratic rights and the socialist transformation of society. 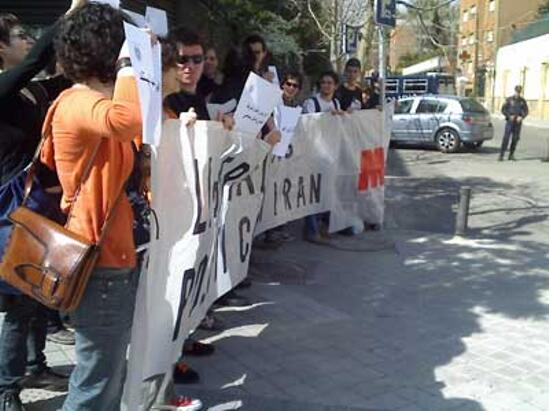 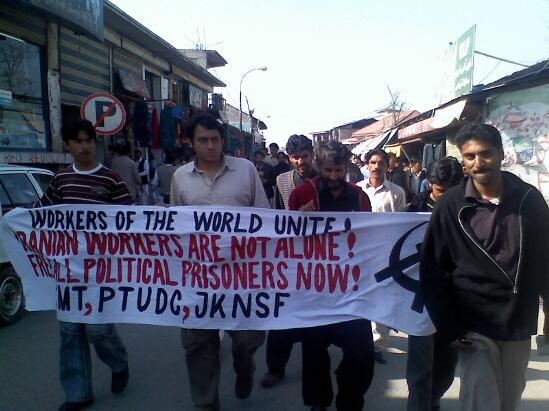