Is Capitalism Poisoning Your Food?

Annually, hundreds of thousands of people in the United States are hospitalized due to food-borne illness and thousands are killed by the food they eat. The precise causes vary from bacterial, viral, chemical, to parasitic. This past year, over 350 food products were recalled, many of which were big news stories due to the popularity of the foods involved. Over the summer, eggs were recalled due to cases of salmonella; in November, romaine lettuce gave us our practically annual e-coli scare; and to welcome in the New Year, chicken nuggets containing wood were recalled from the freezer section. It is quite clear that something is happening at the source of where our food is produced.

Much of what we eat can go from healthy to toxic in a matter of days or weeks, and this is in part due to how we prepare it. Not cooking eggs all the way through, leaving frozen meat to thaw out too long, and letting milk spoil are some ways we all increase our chances of contracting a food-borne illness. However, this isn’t a PSA for washing your hands.

Nearly 60% of all calories consumed by the average American come from processed foods. This means that most people eat food that was prepared by someone else. If your dinner prep includes little more than heating up Spaghetti-Os or microwaving a pizza, reminders to check expiration dates and to wash one’s hands before cooking won’t keep you safe from illness. This issue ties into others that are beyond the scope of this article. As an example, the fight for universal quality healthcare is directly related, since the number of cases of illness and death mentioned above mostly come from those who can afford a visit to the hospital.

Processed and fast food is so popular because austerity and rising costs of living have left us with millions of workers who don’t have the time, energy, or even the know-how to cook tasty, nutritious food. Wages that don’t even keep up with inflation means families need multiple breadwinners per household, have to work overtime, need to work multiple jobs without benefits, or all three. Buying local or shopping in the organic section of the grocery store is not a fail-safe solution to avoiding food poisoning either, and for millions, this isn’t even an option.

Processed and fast food is so popular because austerity and rising costs of living have left us with millions of workers who don’t have the time, energy, or even the know-how to cook tasty, nutritious food. / Image: Rlsheehan on Wikimedia (Public Domain)

Food recalls have been steadily on the rise for decades. This isn’t because food is becoming less safe; on the contrary, it’s becoming ever-so-slightly safer. There are more recalls and more reported cases of illness mainly because our ability to find the source of food-borne illness has been enhanced. Added to this is the fact that companies that produce food do not want their products associated with illness and recalls. Chipotle’s stock drops every time a new story appears about people becoming ill from their food. Most food recalls are not the result of orders by the FDA forcing companies to act, but rather, are the PR departments of these corporations trying to get ahead of public opinion when a story gets out.

Even though corporations are on some level motivated to produce food that is edible and not poisonous, ultimately, production is constrained by the need to make a profit. Chipotle, Tyson, and other food titans make enough in profits to pay settlements to those who have the means to sue, to occasionally recall foods, and to do damage control on their brand’s reputation if the word is out. All of this can be cheaper than using better-quality ingredients or enforcing higher production standards in the first place. And by paying low wages—often to undocumented workers—they make enough to pay countless lobbyists to influence politicians and regulations. They are not too concerned with the spirit of food regulations—to protect our health—beyond the letter of the law., i.e., to have specific inspection processes in place. Ultimately, the capitalist class thinks about the bottom line—how cheaply can they produce food that people will still eat? 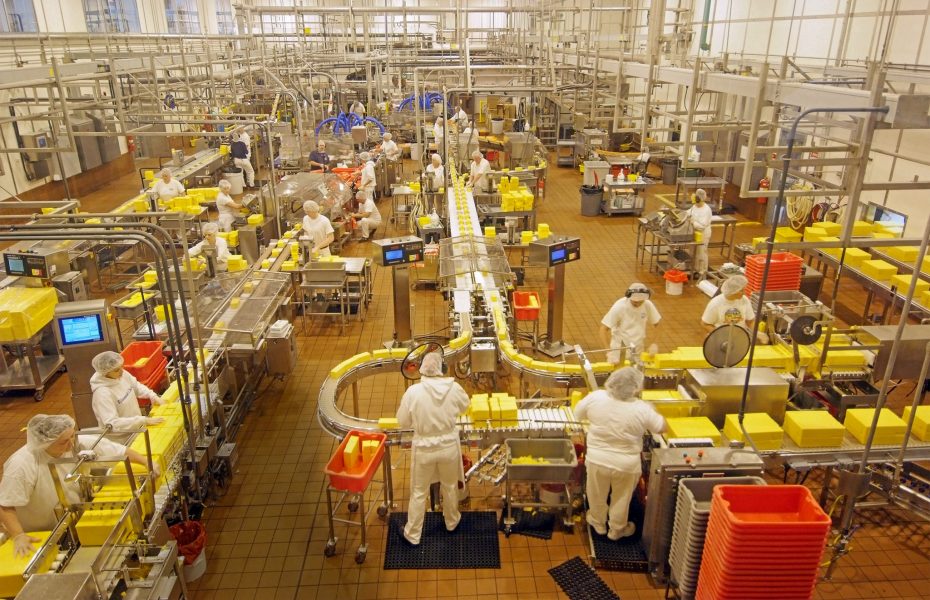 Ultimately, the capitalist class thinks about the bottom line—how cheaply can they produce food that people will still eat? / Image: Oregon Department of Agriculture on Flickr (CC BY-NC-ND 2.0)

Detecting and tracking contamination and food-borne illness becomes a question of technology and access to said technology. Technology requires investment and ongoing resources directed toward solving this problem. But capitalists will only invest in new technology if they think it will turn a higher profit. With the next economic crisis right around the corner, and with agricultural tariffs being volleyed internationally, the incentive to invest in technology like this is next to nil.

Unsurprisingly, all of this is ultimately connected with the question of who controls how our food is produced. Currently, a handful of food tycoons and stockholders determine what—as well as whether—we eat. Food production workers subject to their employers’ conditions pick tomatoes sprayed with pesticide and cut the talons off chickens’ feet, so they don’t kill each other when crammed tightly into a cage. These workers, very often immigrants, are regularly treated like the animals they supervise.

But it doesn’t have to be this way. The profit motive need not poison our lives any longer. A workers’ government would place the food industry under the control of the majority, the working class. Food production would be democratically planned in the interests of the health of those who produce it and those who eat it. The quality of our food, the healthcare system, and the way we get our meals will be completely transformed. Along with capitalism, food-borne illness and the wasteful, profit-motivated recalls that come with it will be a distant memory.