Is John Edwards an Alternative for U.S. Workers? 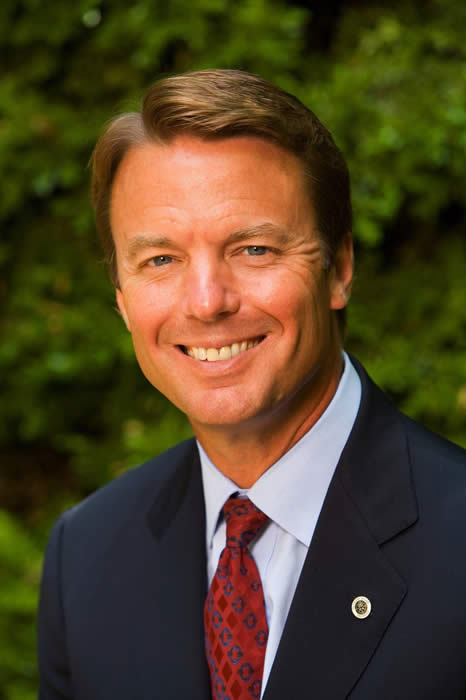 Millionaire trial lawyer, one time Senator, and former VP hopeful John Edwards, is now seeking the Presidency. Like the rest of the candidates, he seeks to differentiate himself from Bush and even from many in his own Party, as there is a much-deserved disgust with the political rulers in Washington. But is Edwards fundamentally any different the rest of the bosses’ candidates? Can he really represent the interests of working people? 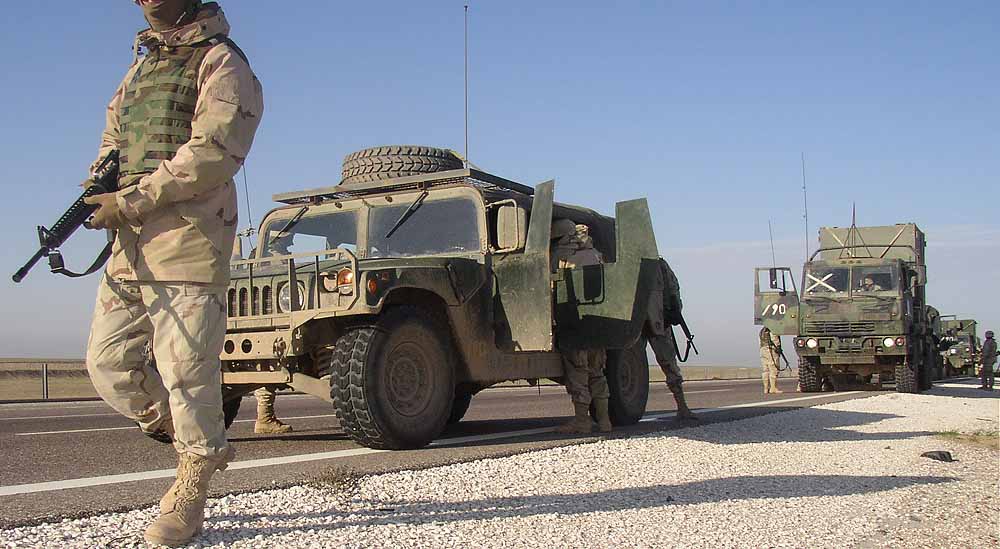 The war in Iraq is by far the biggest question on the minds of most U.S. workers. Edwards has presented himself as an “anti-war” candidate, even apologizing for his Senate vote to authorize the war, claiming to have been “misled” by the Bush administration. But let’s not forget the facts: in the march to war, the donkeys marched right alongside the elephants.

In January 2002 Edwards joined the rest of the war hawks in proclaiming: “The situation in Iraq is a very serious one. Saddam Hussein hates the United States. He’s been involved in developing weapons of mass destruction. He’s ignored the terms of the cease-fire agreement. He won’t allow the weapons inspectors, our weapons inspectors, into the country. So we have a very serious problem there. And we cannot allow him to continue in this effort to develop and foster weapons of mass destruction. And I think the bottom line is it’s very difficult to imagine a situation where the world is secure, the United States is secure, while Saddam Hussein is still in power.”

In February, as the build up to war mounted: “I think Iraq is the most serious and imminent threat to our country.”
Later that same year, in September, he spoke in favor of a unilateral attack saying, “I don’t think we should be bound by what the United Nations does.” And in October 2002: “We know that he has biological [weapons], we know that he has chemical [weapons]. We also know that every single day that goes by he’s increasing the likelihood of having nuclear capability.”

Edwards also joined the chorus of misinformation linking Iraq with Al Qaeda: “The terrorist threat against America is all too clear. Thousands of terrorist operatives around the world would pay anything to get their hands on Saddam’s arsenal, and there is every reason to believe that Saddam would turn his weapons over to these terrorists. No one can doubt that if the terrorists of September 11 had had weapons of mass destruction, they would have used them. On September 12, 2002, we can hardly ignore the terrorist threat and the serious danger that Saddam would allow his arsenal to be used in aid of terror.” 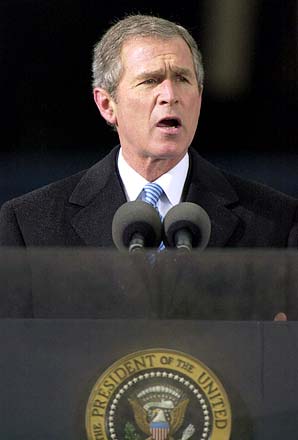 Hot on the campaign trail, Edwards constantly rails against George W. Bush. However, a few years ago, he was encouraging him, pointing to the example of Bush Sr.: “The Bush administration must make a full-court press to rally global support, much like the impressive effort President Bush’s father made to rally the first international coalition against Saddam in the fall of 1990. If they do, I believe they will succeed.” Edwards also joined in with Bush’s “Axis of Evil” rhetoric: “I mean, we have three different countries [Iran, Iraq, North Korea] that, while they all present serious problems for the United States – they’re dictatorships, they’re involved in the development and proliferation of weapons of mass destruction – you know, the most imminent, clear and present threat to our country is not the same from those three countries. I think Iraq is the most serious and imminent threat to our country.”

The fact is, Edwards was not simply “misled” – he actively made the case alongside the Bush and co. for the invasion of Iraq.  Despite being on the Senate Intelligence Committee, he never read the full National Intelligence Estimate on Iraq’s ability to attack the U.S. before voting to go to war. Rather, he read a five page summary handed out by the Bush administration, and this was enough to win his vote. Today Edwards is talking the same talk, only this time, in relation to Iran: “At the top of these threats is Iran. Iran threatens the security of Israel and the entire world. Let me be clear: Under no circumstances can Iran be allowed to have nuclear weapons. For years, the U.S. hasn’t done enough to deal with what I have seen as a threat from Iran. As my country stayed on the sidelines, these problems got worse … To ensure that Iran never gets nuclear weapons, we need to keep all options on the table. Let me reiterate – all options must remain on the table.”

And again: “As to the American people, this is a difficult question. The vast majority of people are concerned about what is going on in Iraq. This will make the American people reticent toward going for Iran. But I think the American people are smart if they are told the truth, and if they trust their president. So Americans can be educated to come along with what needs to be done with Iran.” Didn’t Bush, Edwards and the rest of Washington already “educate” America in the build up to the wars currently under way in Iraq and Afghanistan?

Edwards goes out of his way to present himself in a “populist” light, as a “man of the people. But the reality is far different. In addition to his stocks in Wal-Mart and United Health it has been reported in a 48-page disclosure form, Edwards and his wife share stocks, bonds and cash holdings with a value between $20.5 million to $60.4 million. This is an increase of several millions from three years ago, when Edwards reported assets of between $14.3 million and $44.7 million.

Much of the Edwards’ money is invested through Fortress Investment, in companies such as Connecticut-based Aircastle, which owns and leases jets. In 2006, Edwards was paid $479,512 for his part-time consulting services at Fortress.

He also has millions invested in a hedge fund that at one point included off-shore tax havens and sub-prime mortgage lenders, which is an out right contradiction of his claims of wanting to close “corporate tax loopholes”, or of helping “home buyers struggling to keep up with their house payments.”

Edwards has gone out of his way to gain the political and economic support of the trade unions, and was the first candidate to be endorsed by a major union. He has done this by speaking in favor of many pro-union legislative questions. But if he is so pro-labor, why has he not called for the repeal of the many pernicious anti-labor laws that are on the books, such as Taft-Hartley? The reason is clear.  For all his rhetoric, Edwards and the labor bureaucracy that endorses him are more interested in maintaining the “partnership with the bosses” approach to trade unionism, than actually defending workers’ rights and interests.

Due to the lack of a mass workers’ party in the U.S., many who are honestly seeking a change from the status quo may look at Edwards and think:  “He may not be the best, but at least he isn’t Bush and seems to want to improve things.” But Edwards is actually part and parcel of the status quo. He proposes only cosmetic modifications to the system, not the fundamental changes which are necessary to carry society forward out of the madness of capitalism.

On the contrary, he has only go 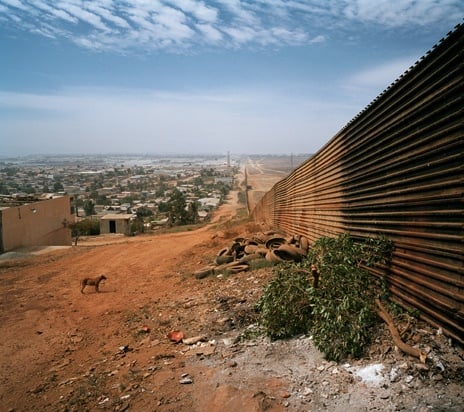 Edwards also panders to racist, anti-immigrant sentiment having once said that: “I think there should be fines if they came here illegally, and, this is the controversial part, I think they should learn to speak English.” He is also a strong supporter of “guest worker” programs, and for increasing the militarization of the U.S.-Mexico border.

Edwards also voted for the Patriot Act, and supports the starvation embargo on Cuba. As for Venezuela, an Edwards aide had this to say about his boss’ position: “Of course John Edwards rejects Hugo Chavez’s increasingly authoritarian policies.” The same could have been said of Bush, Condoleezza Rice or any number of reactionary politicians, all of whom deeply fear the real power of the working class.

And this is the point after all. Is pro-war, pro-capitalist, millionaire John Edwards a real alternative for workers? From the above, the answer seems clear enough. Far from representing a step toward the political independence of the working class and a radical break with the capitalist system, John Edwards is just a more subtle representative of the bosses’ system.