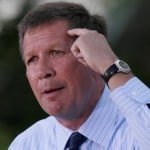 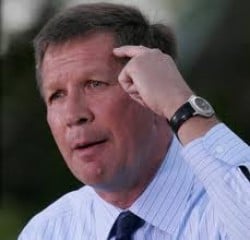 On Tuesday, November 8th, Ohio workers went to the polls and repealed Gov. John Kasich’s (R-OH) infamous, anti-union Senate Bill 5 (SB5). The lopsided 61%-39% vote represents a major victory for organized labor, which harnessed its significant resources to help achieve the victory. Labor spent $2.6 million to send out 825,000 pieces of mail, flyer over 3,000 worksites with over 4.1 million leaflets, and knocked on over 1 million doors.

Kasich, a former Fox News Channel anchor, had originally passed the bill on the coattails of big Republican gains in 2010, in the immediate wake of Governor Scott Walker’s similar bill in Wisconsin. Kasich’s bill, however, went even further in its restrictions of public workers’ rights.

It made striking illegal for all public employees, with a punishment of a “double-time” deduction for each day a worker was striking. It reduced teacher sick leave from three weeks to two, while implementing a “performance based” pay system in education. It instituted a “right-to-work” system in the public sector. It also limited the items that public employees were allowed to collectively bargain and made local governing bodies the final arbiters in disputes.

And as if Kasich’s bill were not already brazen enough, he outdid Walker by also including police and firefighters in his cuts. The overall effect of all of these provisions was to extremely weaken public sector unions.

But Kasich was well “over the line” and this awakened the Ohio labor movement, which geared up to fight back. 1,298,301 signatures were collected, well over 231,149 required to call a referendum vote on the next Ohio state ballot.

Issue 2, as it became known, saw unions from across Ohio and the rest of the country contribute, both financially and with people on the ground, to its defeat. AFSCME and the CWA both contributed $1 million each; SEIU gave $500,000; OEA $250,000; the Firefighters $52,000. This gives just a glimpse of the potential of organized labor as an independent force in politics. If you look at the donors to defeat Issue 2, there is not one business or “progressive community group” among the top 13 donors. This is because big business was lined up universally in favor of the bill and the Democratic machine was in “wait and see” mode. Ohio workers, however, could not “wait and see,” but rather had to fight. Not only did they fight, they won! Ohio workers (and workers everywhere) instinctively understand that “An Injury to One, is an Injury to All!”

However, the political parties that allowed this law to pass in the first place are still in power. Imagine if all the phone-banking, door-knocking, and petitioning had been combined with laying the foundations for a labor party in Ohio? Imagine if independent labor candidates were run against the Democrats and Republicans in 2012, candidates that would fight for union wages and benefits for all workers?

Ultimately, labor needs to throw these kinds of resources not only into defeating anti-union ballot measures, but into running our own candidates. This is the only way that we can prevent future John Kasichs and Scott Walkers.

Originally published by the Campaign for a Mass Party of Labor.