Latest News on Condition of Comrade Riaz Lund in Pakistan 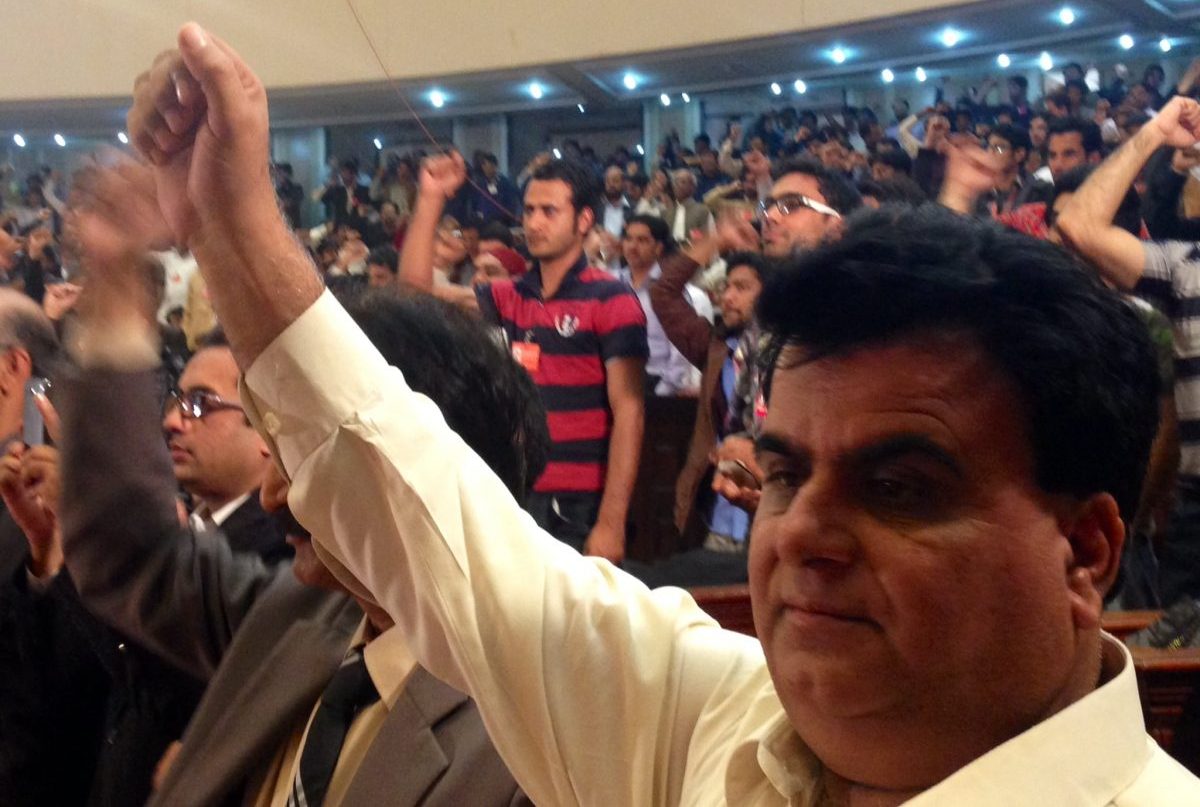 Comrades, I have just spoken on the phone to comrade Lal Khan who has visited Riaz in hospital in Karachi. The good news is that he miraculously survived the shooting and major surgery and is now out of danger and in a stable condition. Although he is said to be out of danger, he is still in a bad state, as one can see from the photo we have just received. He is slipping in and out of consciousness and has not yet spoken.

I can report that the international solidarity appeal launched on Saturday immediately after we received news of the shooting has already had an excellent response and has provided invaluable moral boost for comrade Riaz. Lal Khan told me that when our solidarity message was read to him, though he was unable to speak, tears of happiness and gratitude welled up in his eyes.

The doctors now say that they are optimistic that he will soon be able to be taken from the intensive care unit and placed in a general ward. However, given the serious nature of his injuries it will likely be several months before he makes a full recovery—at least insofar as that is possible. Contrary to what was originally reported, he was hit not by three bullets but by five. They missed his heart but damaged to his lung, and it is not clear how bad the long-term effects will be.

Some people have been speculating about the cause of this murderous attempt on the life and comrade Riaz and the identity of the would-be assassins. Such speculation is utterly pointless. Only one person could shed light on this mystery, and that is Riaz himself, and he is still unable to speak. According to his family there were no reported death threats in advance of the attack.

Although we cannot be sure of the identity of the gunmen, certain things are obvious. The fact that none of the five shots Riaz received hit any vital organ clearly rules out the kind of professional assassin trained by the state. Such men do not usually fail so miserably in their executioner’s work. Nevertheless, one cannot rule out some degree of participation by the state. Such is the degree of disintegration of the Pakistan state, which is riven with internecine internal conflicts, that there has been a proliferation of all kinds of groups and gangs linked on the one hand to different factions in the army and state, and on the other hand to the murky underworld of terrorism, crime and religious and sectarian fanaticism.

Comrade Riaz Lund has spent all his life fighting against corruption and injustice. That made him a target for criminals and reactionaries of all kinds. But this tireless fight earned him the enthusiastic support of the workers and poor people of Karachi, as we saw in the parliamentary elections of February 2008. Standing on a PPP ticket but on a revolutionary socialist programme, Riaz Lund got no fewer than 46,085 votes. The initial announcement on television stated that he had won, which was undoubtedly true. However, the MQM, with the connivance of the authorities, blatantly rigged the results to deny him victory.

For these reasons many will conclude that this crime had a political motive. There are more than enough religious fanatics and terrorists on the streets of Karachi who would be happy to see people like Riaz Lund dead. But it cannot be excluded that it may have been yet another of the many crimes that are daily committed for the sake of robbery, kidnap or extortion. The slums of Karachi are a breeding ground for the declassed criminal elements that are responsible for many murders every day. Last, but not least, it may have been a combination of both things, since the criminal underworld of Karachi is closely linked to political and religious parties of one colouring or another.

We may never know the real identity of the perpetrators of this crime. But it reflects the horrible reality of life in Pakistan today. The disintegration of the state and society is a graphic expression of the sheer rottenness of landlordism and capitalism in Pakistan. Crime flourishes at every level, starting at the very top. The National Assembly is the biggest gathering of crooks, engaged in the systematic plunder of the people. But the big crooks are never punished. Only the small fry are beaten, arrested and killed.

One cannot cure cancer with an aspirin. What is necessary is the application of the red-hot iron of revolution to eliminate the sickness of corruption and crime. Pakistan can only be saved by a root-and-branch transformation of society. The workers and peasants of Pakistan will have to take a big broom and sweep society clean of all the accumulated rubbish of corruption, feudal slavery and capitalist exploitation that is dragging Pakistan down into the mire.

The PTUDC [Pakistan Trade Union Defence Campaign] is at the very forefront of the struggle for workers’ rights, for decent living standards and against barbarism. The comrades in Pakistan have organized nationwide protests against this barbaric action. We ask all our readers and friends to show their support by sending messages of solidarity and by stepping up the PTUDC solidarity campaign by raising it in the trade unions everywhere. See the PTUDC website for the updated solidarity appeal. Please distribute widely and send messages of protest and solidarity to the addresses indicated.