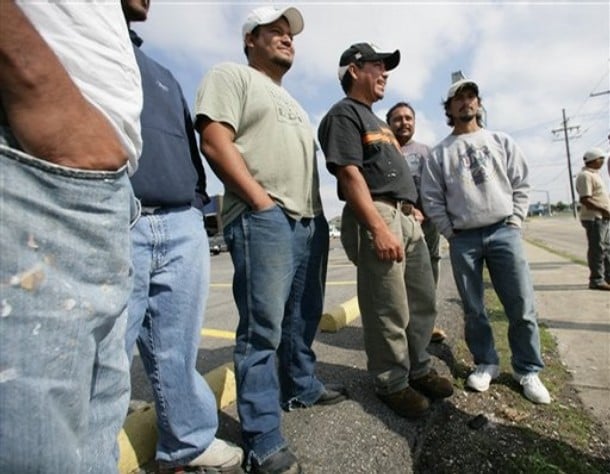 According to a new report from the Center for Economic and Policy Research (CEPR), unionized Latino workers can expect much higher wages and better conditions than their non-unionized counterparts.  This is to be expected, as unions are the most effective way of collectively defending our interests in the workplace.  What is of particular note is the extent of the increase for this layer of the working class.

Latino workers are the fastest growing section of the U.S. workforce, increasing their proportion relative to other U.S. workers nearly threefold over  the last thirty years.  Unionization rates have nearly kept up, doubling their proportion over the same period, which is exceptional considering the difficulty in organizing under the conditions faced by Latino workers in this country.

According to the report, those Latino workers who have won the right to union representation, can expect much better pay and benefits “even after controlling for differences between union and non-union workers – including such factors as age and education level.”  How much better?  Unionization raised, on average, Latino workers’ wages by 17.6 percent (or about $2.60/hr) relative to non-union Latino workers.  They are 26 percent more likely to have employer-provided health insurance and 27 percent more likely to have a pension plan.

Even in otherwise low-wage jobs, unionization offers improvements for workers.  In these occupations, unionized Latino workers received 16.6 percent more than their non-union counterparts, and were also much more likely to have employer-provided health insurance and a pension plan.

The unionization rates for all workers in the U.S. has increased each of the last two years, substantially this year, and this is a very positive development for the U.S. working class as a whole.  We can place no faith in the bosses or their politicians.  Unionization offers us a means of economic struggle, of confronting the immediate problems faced within our workplaces.  But it is also necessary to organize ourselves to wage a political struggle, particularly in the case of immigrant workers, as many of the problems they face are of a political nature, e.g. raids, deportations, etc. Both at the workplace and on the political front, we workers can only rely on our own forces in our fight for a better world.