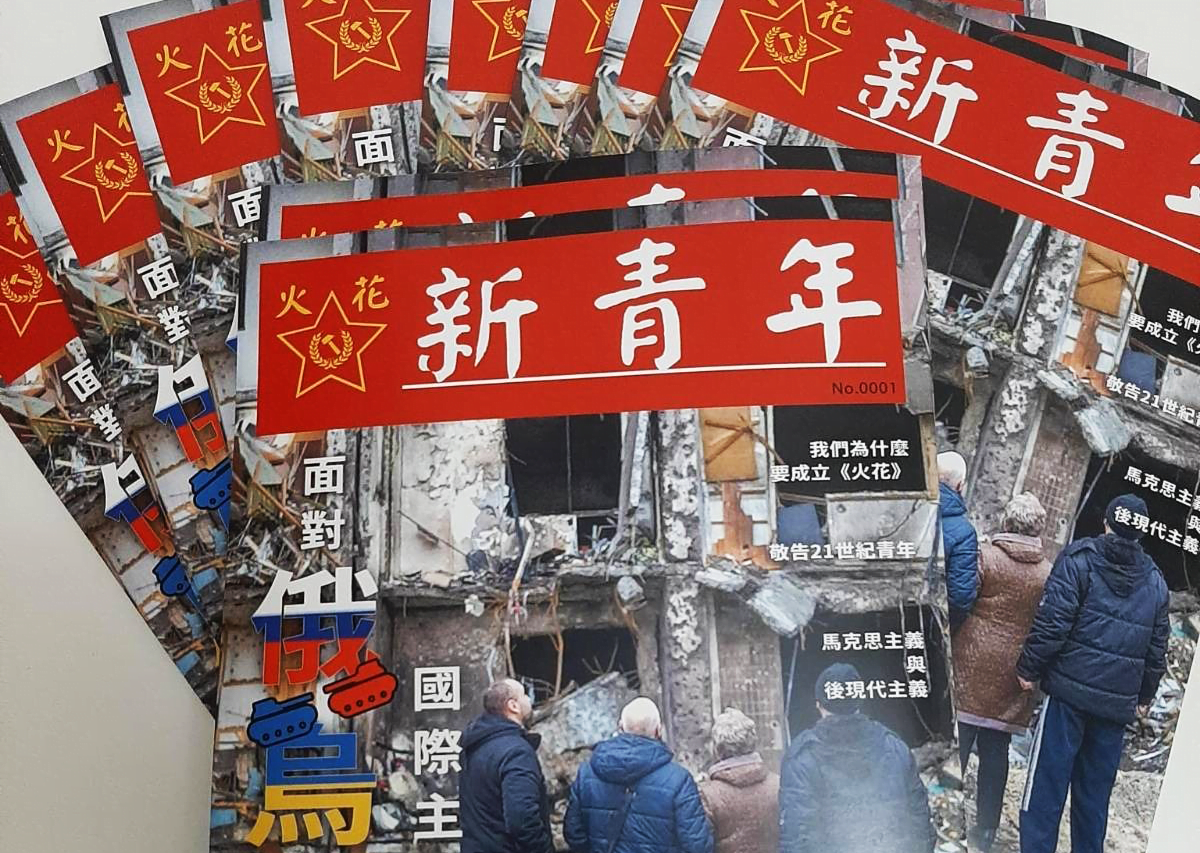 We are happy to announce that The Spark, the Taiwanese supporters of the International Marxist Tendency, have launched their own printed publication, New Youth. This is a big step forward for the forces of Marxism in the country and will help our ideas find a whole new audience.

After years of patient work, the comrades of the Spark have built up enough strength to launch this bi-monthly printed magazine to provide Marxist theory and analysis to the Taiwanese youth and workers.

The world capitalist system is lurching from crisis to ever-worsening crisis. Just as the world thought that it had finally emerged from the COVID-19 pandemic, the specters of inflation and war immediately descended. Taiwan is caught between the inter-imperialist maneuvering between China and the US, amidst the senile decay of the world capitalist system. Right now, it faces ramping-up chauvinist nationalist postures from China. Meanwhile, the governing bourgeois DPP government takes advantage of the Taiwanese masses’ legitimate revulsion towards this chauvinism for their own ends, deepening Taiwan’s dependence on US imperialism.

Moreover, the DPP, which used to be the nemesis of the KMT, is now actively adopting the KMT’s historically anti-communist rhetoric and methods to silence their detractors. This is especially true in their efforts against the labour movement. Workers’ struggles of any significance are instantly branded as the work of “CCP agents” by the pro-DPP propagandists, when capitalist China clearly has no interest in supporting the Taiwanese workers in their struggles. Anti-communist propaganda is now everywhere in Taiwan to buttress the rule of the DPP, while the conditions of the working masses continues to deteriorate.

Against these conditions, the task of the Spark is to defend the genuine ideas of Marxism and the working class from these bourgeois slanders. As we explained in the founding statement of our website in 2020:

In order to achieve a truly free Taiwan, it must be free from capitalism and the ruling class. The most immediate enemies of the Taiwanese workers are those at home. All of the ruling class, its political parties, and its state, the ROC, must be overthrown and be replaced by a regime of worker’s democracy as a step to overthrow capitalism throughout the region. Taiwanese workers have the same interests as the workers of China, Japan, Korea and beyond. Only a united struggle can guarantee victory over the capitalist classes of the region with the setting up of a socialist East Asian federation of workers across nations in the region on a voluntary, fraternal and equal basis. This will then be a titanic step towards a common struggle of workers of the world in their quest to overthrow capitalism on a world scale.

The Spark has been and continues to fulfill this task, and the publication of the New Youth is but another step in our work to win over the best of Taiwanese youth to the forces of International Marxism.