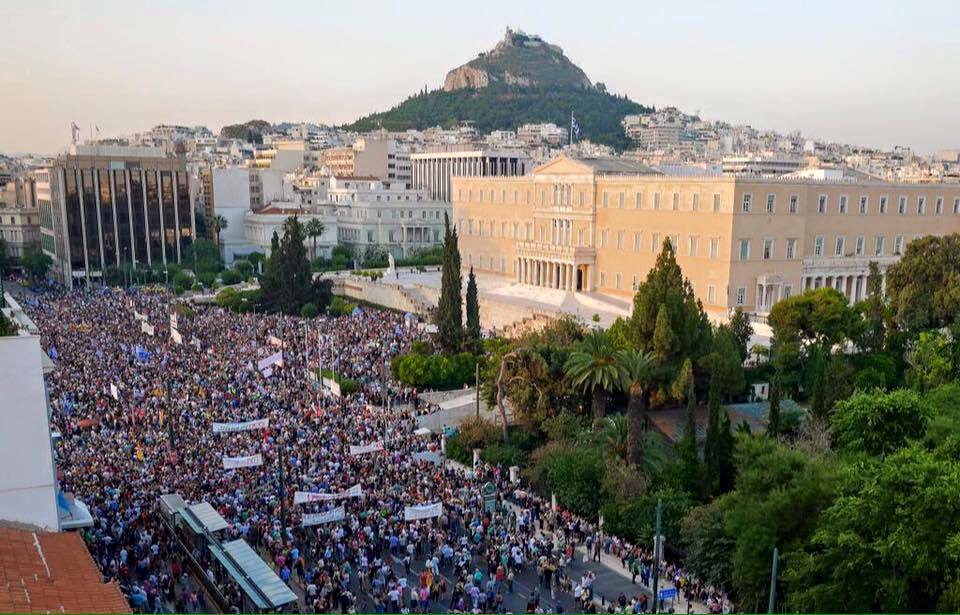 The crisis in Greece has reached its boiling point. After years of austerity and hardship, the Greek masses have had enough. The troika seeks to destroy the Syriza government and to “teach a lesson” to anyone who goes against the dictates of capital. The Greek masses have the right instincts and have fought heroically but need a clear and bold leadership. Syriza was elected with massive enthusiasm to stop these attacks. Unfortunately, Tsipras and the leadership have vacillated in the face of the enormous pressures being put on them. Nevertheless, there is still time to reverse the situation.

What the experience of Greece in the last five months demonstrates is that if one accepts the logic of capitalism then it is a slippery slope towards implementing austerity policies that make workers pay for the crisis of capitalism. The only way to break with austerity and cuts and to put an end to the Memoranda is to break with capitalism. The only way to effectively mobilize the Greek workers, retirees, youth, and the unemployed is to offer a clear alternative to austerity.

This can only be done on the basis of a program that would immediately repudiate the debt, nationalize the banks and key levers of the economy, reverse all austerity measures, and implement a massive program of public and social works to address the dire situation facing the majority when it comes to housing, health care, education, transportation, and other basic needs. In addition, an internationalist appeal must be made to the workers and youth of Europe and the world to mobilize in solidarity with the Greek masses, and against capitalism and austerity in their own countries. In other words, what is needed is a revolutionary socialist program.

This is the program the comrades of the International Marxist Tendency are fighting for in Greece as members of the Communist Tendency of Syriza. Their struggle is our struggle! The global crisis of capitalism means global austerity, class struggle, and revolution. This is why we also have a duty to fight against these policies here in the US. The best way to do so is to get involved with an international organization committed to this struggle. We invite you to learn more about and to join the International Marxist Tendency. Together we can build a revolutionary international that can end the misery of capitalism once and for all!

Solidarity with the Greek workers and youth!

Down with the troika!

Break with capitalism and fight for socialism!