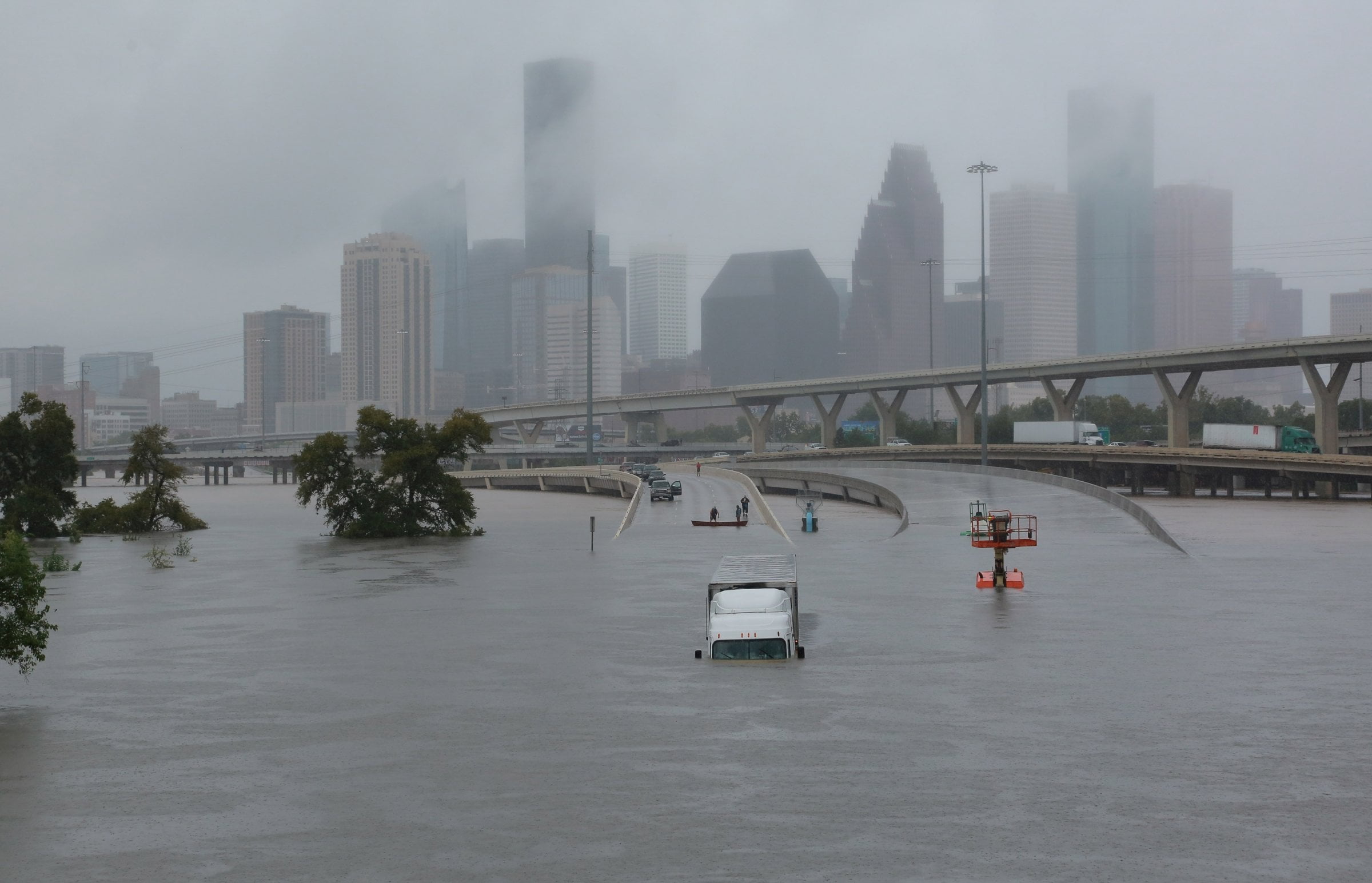 [This is the text of a leaflet distributed by the US Section of the IMT. Download the PDF version of the leaflet here]

This year’s hurricane season has again sparked debate over climate change and the deadly effects of crumbling infrastructure, again exposing capitalism’s inability to deal with natural disasters. Whether it’s the neglect that leads to collapsing bridges, or preferential investment in lucrative real estate instead of adequate flood-prevention infrastructure in coastal cities, the priorities of the capitalists and their state are clear. Profits come before all else—even at the expense of ensuring a sustainable environment for humanity. The capitalist class, which in the period of its historical rise looked decades and even centuries ahead, is incapable of thinking past the next quarter. As a result, one section of the ruling class denies climate change altogether, while the liberals rally around toothless agreements like the Paris Climate accord, unable to explain how these are to be enforced in a system where the individual drive for profit sets the agenda for all production.

The richest and most powerful country in history is rotting from the inside out. A 2017 report by the American Society of Civil Engineers gave the US infrastructure a grade of D+. The technology to generate a superabundance of clean energy already exists. However, to make clean energy the norm, rather than the exception, would require massive investment. Public ownership and control over natural resources, including mining, oil, and gas would be a first step towards a socialist solution to climate change and its effects. Only when the working class has direct and democratic control over the commanding heights of the economy—the largest companies, banks, and the state apparatus—will we have an economy that sustainably plans for the long term. As we transition to cleaner, renewable energy, all displaced workers will be guaranteed paid retraining and full employment. Solar, wind, and water power, will be expanded globally, and there will be massive funding for scientific research to develop even more advanced forms of renewable energy.

The famous adage that the choice facing humanity is a “transition to socialism or regression into barbarism” is truer now than ever. Humanity’s task is to overthrow capitalism in order to build an international, sustainable, democratically planned economy, which alone can take us forward. And we must achieve this in short order if we are to mitigate the extreme damage being done every single day that capitalism is allowed to dominate our lives. Join us in this struggle!