Leon Trotsky: How Revolutionaries Are Formed 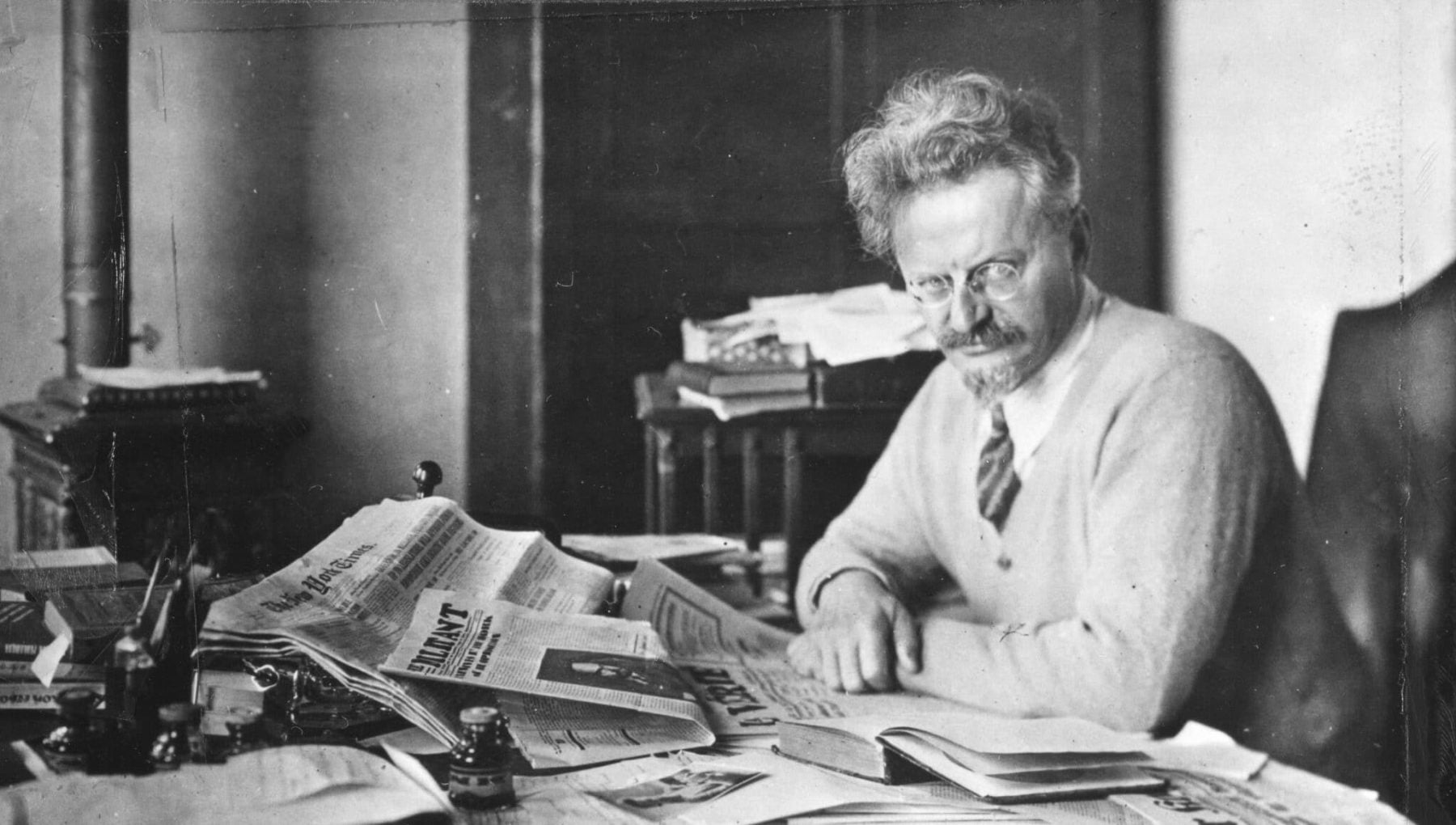 In this letter to Maurice Paz, a French lawyer and early supporter of the International Left Opposition, Trotsky explains the qualities necessary for revolutionary leaders. As Trotsky predicted, Paz’s unwillingness to make sacrifices and zealous pursuit of personal prestige lead him to abandon Marxism. After breaking with the Opposition, Paz became a leader of the social-democratic SFIO, forerunner of the French Socialist Party.

To the joint letter—which I do not have to characterize as would be proper in my reply since I am sure I will be collaborating with the majority of the signers, who signed by mistake—to this letter you add a private letter that gives me the opportunity to reply to you in complete frankness, complete freedom, and even complete brutality.

You call me the “boss” and, in making this designation, you take upon yourself the right to instruct and guide me. You point out to me on every occasion how a “boss” ought to conduct himself, how he ought to organize his time, what jobs he ought to give up in order to devote himself to others that you assign him. Perhaps you will permit me to ask you whether your time and your forces are organized in accordance with this great revolutionary task of which you wish to be the “axis”? Because your letter deals with that question only: Who will be the axis? And your break with the weekly paper, the hostility that you show to it, your accusations against Gourget and now against Rosmer, turn about this same “axis.”

I do not know if I am the “boss” and especially if I am the boss that you deem proper. I rather think not. But in my relations with my friends as well as with my enemies I have no other consideration than the revolutionary cause. Personal prejudices are absolutely foreign to me. As I have said many times, I wished Contre le Courant to become a weekly. In Constantinople, you had as yet only counterposed the financial aspect to this project. You told me, in confirmation of what I already knew, that the expenses of Contre le Courant are covered by sums furnished by the Russian Opposition and that with the exhaustion of these funds the continuation of the paper as a weekly presented difficulties. This argument struck me as strange. I couldn’t understand it. I said to myself, “It’s a passing remark. I shouldn’t exaggerate its importance.” It is correct that I had to accept your proposal for a semimonthly, but it was a matter for me (and for you) of a temporary measure, for two or three months at the outside. In reality, the decision that was taken was for a weekly, with the perspective of a daily, and this is even indicated in your notebook. But you have not even come close to a daily, or a weekly, or even a semimonthly. Contre le Courant has become a collection of Russian documents, more now than before. One learns nothing from this paper about the French movement. We had worked out other projects as well for mass work. Nothing has been realized. I cannot see in Contre le Courant the least trace of work undertaken to this end. And after I have waited patiently for four months, after I have repeated insistently that we had to get out from behind closed doors, and you have replied only with stories about Treint and Souvarine—after four months, you present me an extract from your notebook to justify your documentation. But that is the conduct of a notary, not a revolutionary. And here is the decisive point. To publish our documents in Russia, our friends have given all they had and sacrificed all that people devoted to their cause could sacrifice. In Paris, it was not a matter of doing so much. To produce the weekly, it would have required altogether secondary and insignificant sacrifices: sacrifices of time and money. You begin, you set a good example, and then you make demands on others, because you have a right to make demands in the name of a common cause. But you have begun by stating the absence of a financial base and, then, to “deepen” the theory of abstention, you have added the absence of a theoretical base. Everything that has been said and done, up to this moment, is void and inoperable. To do something “solid,” we have to wait for your pamphlet. Oh, it’s an outrageous pretense just the same, and you yourself would not have decided, in other circumstances, on this unheard-of argument if you had not put yourself in a precarious situation, where you had to find, at whatever cost, the appearance of argumentation.

You do not find expressions forceful enough to disparage the five comrades who “took their inspiration from Constantinople.” This sarcasm is out of place; and in bad taste. These comrades, however busy earning their living, came to help me at their own initiative and at their own risk, here, to Constantinople, at a very difficult time. Their help was invaluable to me. All of this is proper. But there is another part to the story. I said to myself, after having observed them closely, that comrades who are capable of such initiative and such personal sacrifice are revolutionaries, or can become such, because it is in this way, Comrade Paz, that revolutionaries are formed. You can have revolutionaries both wise and ignorant, intelligent or mediocre. But you can’t have revolutionaries who lack the willingness to smash obstacles, who lack devotion and the spirit of sacrifice. I was not mistaken. These young comrades declared that they were completely prepared to give their time, their forces, their means for a weekly paper, and to mobilize others. So, they are doing what they have promised, and you are sabotaging their work instead of helping them. And it’s always because of the question of the “axis.”

But how do you imagine the place of a weekly destined to become a daily in a movement that must have ramifications everywhere? Do you believe the task can be fulfilled by devoting to it the scraps of time left over from a very busy law practice? Do you believe you can manage the movement, or even a weekly paper associated with the movement, in passing, like a secondary task? I have a different idea of the revolutionary axis. I believe that the person who manages a workers’ paper, especially in a situation of heavy responsibilities like ours, ought to be occupied with this task only. I have been preoccupied a great deal with this question since your stay in Constantinople, when I learned for the first time, from you yourself, that you were a very busy lawyer. But I told myself that, since you wished to manage the weekly, you would naturally have to draw the necessary conclusions. And as I did not consider our relationship to be that of a boss to a slave, I did not point out to you what the distribution of your time had to be between the revolution and the courthouse. I suppose you know that when Haase wanted to become one of the axes of the German party, he found it necessary to abandon his law practice at Königsberg. At the congress in Jena, there was much praise for Haase—even from Bebel—for having made the sacrifice of his annual income of thirty thousand marks. We Russians—I myself was present at the congress—were quite annoyed at these eulogies, which seemed to us perfectly petty bourgeois. I even spoke of this incident in one of my interventions, to characterize the German party’s lack of revolutionary spirit. And nevertheless Haase was not prepared for the revolutionary situations and the harsh tum of events.

I will not dwell upon the record of the Russian party in times of illegal work. The person who belonged to the movement belonged not only with his material means, but with his body and soul. He identified openly with the cause he served, and it was by such a process of education that we were able to create the fighters who became the many “axes” of the proletarian revolution.

Comrade Paz, I speak frankly and even brutally in order to save whatever may still be saved. It is no longer time for mincing words, for the situation is too serious. I am neither a fanatic nor a sectarian. I can very well understand a person who sympathizes with the communist cause without leaving his milieu. Assistance of this sort can be very valuable for us. But it is the assistance of a sympathizer. I discussed this question in a letter to my American friends. Eastman had written to me, without mincing words himself, that such was his personal situation. He designates himself a “fellow traveler,” does not aspire, in his own words, to any leading role in the movement of the Opposition, and is content to assist it. He does translations, he has turned over his copyrights to the Militant, etc. And why? Because he cannot give himself entirely to the movement. And he has acted correctly.

You must understand that the person who is the “axis,” that is, the leader or one of the leaders of the revolutionary movement, assumes the right to call upon workers to make the greatest sacrifices, including that of their lives. This right involves no less important responsibilities. Otherwise, every intelligent worker will inevitably ask himself, “If X, who calls me to the greatest sacrifices, keeps four-fifths or two-thirds of his time not to assure my victory but to assure his bourgeois existence, that shows that he does not have confidence in the imminence of the coming revolution.” And this worker would be right.

Leave aside the program, please! It is not a matter of program. It’s a matter of revolutionary activity in general. Marx once said that a single step forward for the movement is worth more than ten programs. And Marx was an expert at programs just the same and even at manifestos, at least as much as you and I!

To conclude. Your letters and above all your political attitude show me that communism is for you a sincere idea rather than a dominant conviction of life. And yet this conception is very abstract. Now, at the moment it is necessary (it would have been necessary a long time ago) to undertake action which involves you to the very end, you begin instinctively to oppose it because of a double standard of behavior. When you are invited to take part, you reply, “No resources and insufficient forces.” And, when the others begin to look for the resources and the forces, you say, “If I am not the axis, I am opposed.” What you are doing is unheard of. Even if you do not have confidence in the weekly paper, you ought to wait quietly and not sabotage it! You have no experience in those matters, and you go on blindly toward a new catastrophe! Tomorrow you will invoke theoretical, philosophical, political, and philological differences to justify your position. It’s not hard to understand how that will end up! If you don’t want to enter the lists, wait quietly, keep a friendly neutrality, and don’t present the sad spectacle of an unprincipled opposition, dictated by exclusively personal reasons.

With the greatest desire to save our political friendship.