Martin Luther King Jr. and the Struggle to Transform Society 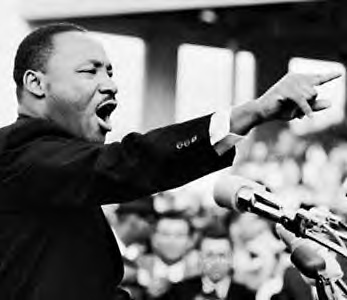 On this day in which the ruling class tries to turn MLK Jr. into a harmless icon, we should remember that before he was killed, he was moving toward an anti-imperialist, class-based, and even revolutionary perspective, which he was never allowed to develop fully, as he was (conveniently) cut down by an assassin’s bullet. He was in Memphis that April day to support striking sanitation workers as part of the Poor People’s Campaign. Because of his position against the Vietnam War and for siding with the poorest of the poor and most oppressed of the oppressed, he was no longer welcome in many circles, including large swathes of the Black movement itself. Who knows what he would have developed into or what role he could have played had he not been killed, but it seems to me that the potential for an even more significant role in the struggle to transform society was there.

Today, we have a Black president, which supposedly means that the U.S. has “gotten past” race. But the myth of a post-racial America is exposed by the fact that racially motivated crimes and intimidation continue unabated and that the official unemployment rate is 15.8 percent among Blacks and 13 percent among Latinos. And that’s just the “official” number – the reality is far, far worse, especially among the youth. Blacks earn only 57 cents for each dollar of White family income, Latinos earn 59 cents; and Blacks have only 10 cents of net wealth while Latinos have 12 cents to every dollar of net wealth that Whites have.

It is a class question, and the question of race is used to divide and conquer the workers, to set them against each other, fighting over the scraps from the capitalists’ table (and in the coming period, there won’t even be scraps to be had).

As we explained in our “Black Struggle and the Socialist Revolution” document:

“Black Americans have made immense and indispensable contributions to world history, art, music, literature, technology and science.  However, the greatest contributions of black workers and youth are yet to come. In unity with their class brothers and sisters of all races and ethnicities, they will play an integral and leading role in the struggle to overthrow the racist system of capitalist exploitation once and for all.”