My Journey from Feminism to Marxism: Why I Joined the IMT

I remember being called a feminist as early as fourth grade because I was firmly against wearing dresses and the color pink. I had no objection to the labels “feminist” or “tomboy” because I understood that even when they were cast as insults, they were objections to the idea that I did not conform to the current status quo. As a young girl who enjoyed her math homework, won burping contests, and had a collection of baggy T-shirts, the status quo didn’t appeal to me. From a young age, I associated feminism with the freedom to be myself.

Later, as a preteen, I learned about young girls in other countries, like India or Nigeria, where going to school was a privilege they had to fight for—and that they often lost the fight. I began to associate feminism with fighting against the injustices girls faced around the world, helping girls in other parts of the world afford feminine hygiene products so they could stay in school, for example.

In high school, I learned about patriarchy, the concept of “rape culture,” and the “glass ceiling.” I learned the real scope of women’s oppression, as well as racial inequality, homophobia, and a host of other ways our society divides and oppresses the majority. Feminism to me meant fighting against injustice of any kind. “Feminist” became a part of my identity, though I also still clung to the words “tomboy” and “opinionated.” My understanding of class was still superficial at best; obviously, “poor” people had it worse than “rich” people, in the same way that black people had it worse than white people. But “economic inequality” was just another injustice we had to fight.

In college, I began questioning. How, exactly, was I to fight against these injustices? Clearly, these problems were not restricted to the surface of social interactions, and could not be solved with a few legal reforms and a dash of kumbaya “why-can’t-we-all-just-get-along-ism.” So I delved into feminist theory. Because feminism had opened my eyes to what was wrong with the world, surely it could help me fix it.

A Room of One’s Own was required reading for one of my classes. I studied the history of women’s suffrage in the US, Mary Wollstonecraft’s Vindication of the Rights of Women, the second wave feminists of the 60s, Roe v Wade. I read excerpts from The Second Sex, articles by Gloria Steinem, Angela Davis’s speeches, and Andrea Dworkin’s essays.

I dove deeper, looking for more radical ideas still. But the deeper I went, the less sense everything made. The puzzle pieces didn’t fit together, and I found more contradictions within the theory. In fact, I realized that there wasn’t a feminist theory, but rather, a multitude. In one class, as an exercise, I had to analyze a religious work “through a feminist lens.” The correct conclusion, according to the professor, was that this particular work was both feminist and anti-feminist, depending on which character’s point of view you took. The lesson was that one woman’s liberation was another’s oppression, which did not bring either of them any closer to abolishing the patriarchy. Looking back, I realize how convenient this individualistic, postmodernist line of thinking is for those who want to maintain the status quo! 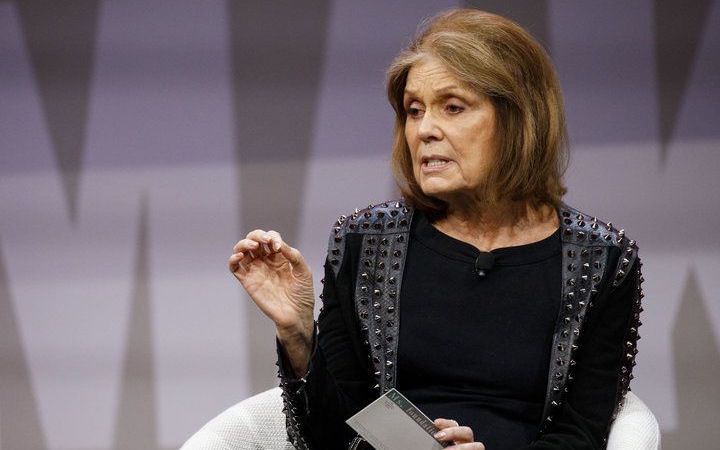 The deeper I went into radical feminist theory, the less sense everything made.

As in-depth as my exploration was, by 2014, I was no closer to a path towards women’s liberation. This was before #MeToo, before the Polish women’s Black Monday, the massive women’s strike in Spain, before the global movements fighting violence against women exploded. There was no “feminist movement” to speak of, and it was an uphill battle just convincing some that legal equality in the advanced capitalist countries did not mean the fight for women was over. Emma Watson “came out” as a feminist in a speech and was attacked for it, support for the women harassed during #GamerGate was minimal, and it was largely restricted to online activity.

At the time, the self-identified feminists I read and talked to on forums and discussion groups offered a bleak, shortsighted outlook that matched the conditions at the time. Most of the blogs and newsletters simply documented discrimination and violence against women and the fact that nothing was being done about it. Any long-term perspectives were pessimistic and limited to changing individual lifestyles: Raise your sons better! Open a women’s shelter! Move to a commune away from all the men!

The rational response to these “solutions” is revulsion. I grew bitter, angry, and as pessimistic as the rest of them. I was now conscious enough that I saw evidence of my own oppression everywhere. The most appealing, most manageable “solution” for women’s oppression I found was to recognize it and raise everyone’s consciousness above it. It was thought-policing, essentially, and learning that this was an unsustainable, unviable solution was a hard lesson to learn. It is difficult to express just how crushed I felt when I heard people I was so close to spouting misogynist rhetoric so far below from where I judged their character to be, sometimes only moments after expressing agreement with a feminist ideology in line with my own thinking. My feminist theory could not explain this uneven development of their political consciousness.

Breaking from my feminist ideology and identity was not done lightly, but it was necessary. We have seen how politicians like Hillary Clinton appropriate feminism for their own agenda. Even Theresa May calls herself a feminist. The liberals and right wing can easily adopt the label because feminism is a movement that erases class differentiation. It fosters the illusion that all women have the same interests—although the women of the ruling class have a vested interest in keeping working women exploited and oppressed along with the rest of their class. Representation for women in government is meaningless when those “representatives” use their position to bomb other women in Syria! 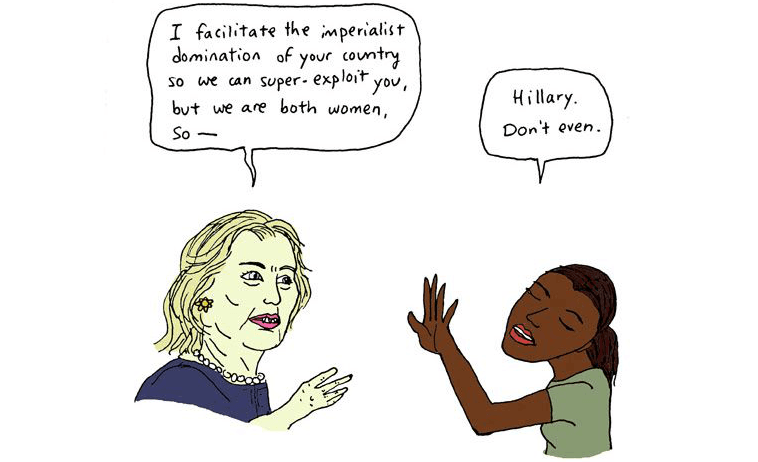 The liberals and right wing can easily adopt the feminist label.

As disheartening as it was to come up empty and misled after all the work I put into my feminist journey, I do not regret it. As part of that search for a way out, I learned the importance of internationalism. I always refused to fight only for the liberation of women in one country. I learned the importance of studying history and theory in order to make a plan for the future. I learned about the roots of women’s oppression in the material world, and that for women’s liberation we needed a new system entirely. While studying feminist history I concluded that movements will rise and fall, but as revolutionaries, we must build something longer-lasting and durable. In short, feminism took me part of the way—but it was not far enough.

With these hard-learned lessons and a sense of optimism that came from starting afresh at a new school to pursue a graduate degree, I tripped and fell into the IMT. I realized that the history I had studied amounted to a single word in a 10,000-page book in volume 1 of 500. Studying historical materialism and the history of the class struggle opened new horizons and inspired me, affirmed the conclusions I had already come to on my own, and offered a deeper explanation for revolutionary movements. Revolutions and progress did not arise spontaneously, were not simple “historical accidents,” but developed out of material circumstances. 2014 was the calm before the storm. The movements of working-class women we see today are a culmination of processes that built up beneath the surface of society that left working women with no other choice but to rise up and fight back.

By studying the philosophy of Marxism, dialectical materialism, I was able to recognize that the pitiful “solutions” feminism offered me were rooted in philosophical idealism. Looking back, it seems obvious to me now that we cannot think our way out of being oppressed. I understood that women’s oppression was rooted in material conditions, but I was only ever offered an idealist approach to women’s liberation, the idea that we could shape the material world simply by consciously changing how we think. But we can’t ever “unlearn” misogyny if society is constantly reinforcing our own oppression through the conditions we live and work in every second of every day as long as we continue to live in a system that profits off of discrimination and oppression. 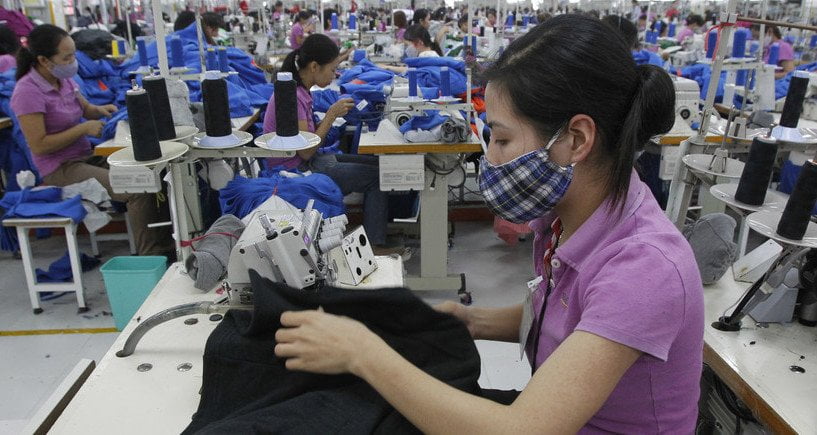 Feminists end up trying to reconcile two groups with opposing interests: the women in the capitalist class and the women they employ in the sweatshops.

As a result of studying Marxist economics, I learned why feminist theory was so contradictory. Without a class analysis, feminists end up trying to reconcile two groups with opposing interests: the women in the capitalist class—the CEOs “breaking the glass ceiling”—and the women they employ in the sweatshops. No number of women’s shelters can service all the abused women. Charities that help the most downtrodden women survive this cruel system often drown from too much demand and funding cuts driven by inevitable austerity in times of economic crisis. The battle for access to reproductive healthcare is uphill, and losing traction all the time. It has been reduced to simply trying to stop the introduction of new bills restricting abortion access that force more and more clinics to shut down every year.

This is where the pessimism of the feminist movement comes from. They do not see a way out of this system, because they can’t or won’t envision a break from capitalism. Cries for a women-only strike by feminist leaders (as in Spain on March 8) prevent a mass movement against capitalism because they prevent the entire working class from uniting against our common exploiters. The best they can offer is reforms that alleviate conditions for women temporarily—concessions that will be rolled back over the next few election cycles or the next economic crisis.

Marxism offers a comprehensive understanding of history, economics, and philosophy. Most importantly, it offers a real way forward. As long as we have capitalism, the role of working-class women will always be relegated to the production of profits and the reproduction of the workforce. The attacks on reproductive rights, education funding, and healthcare will never stop as long as the system continues. 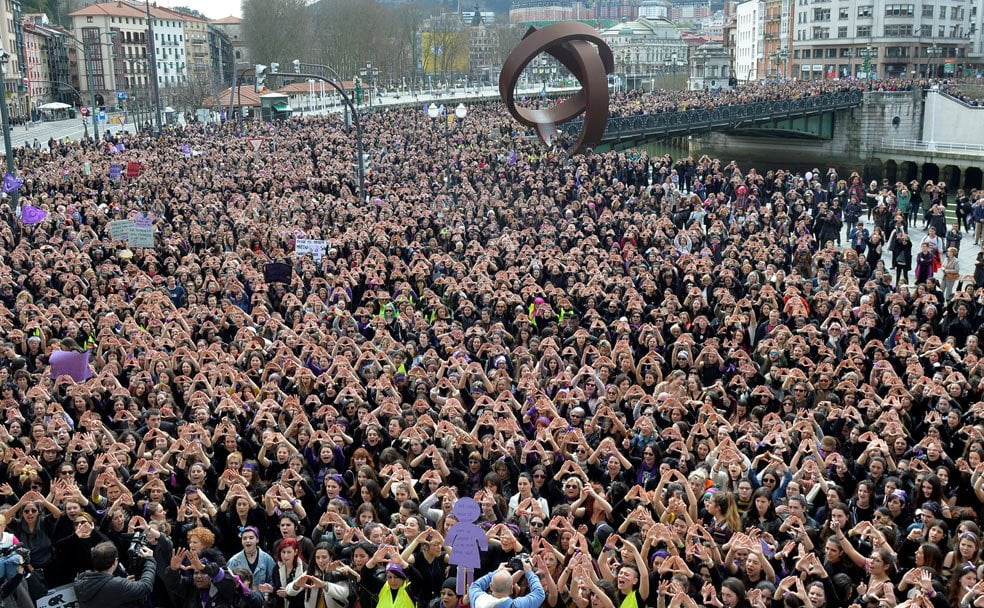 The colossal power of the workers when they enter the struggle is evident: The millions in Spain who went on strike on March 8 and took the streets against the “justice” system after the ruling for La Manada; the millions who voted in the Irish referendum; the sea of green in Argentina that fought for legalized abortion; women in Chile who occupied over 20 colleges, universities, and even high schools demanding an education without sexism and sexual harassment; the 20,000+ who flooded the streets of South Korea demanding action against hidden cameras turning their everyday lives into porn; as well as women who participated in #MeToo, delivering a blow to the stigma of being a survivor of sexual violence.

We all learn from experience—but we must also act on that hard-won knowledge. The critical lesson for any movement is that a bold leadership is needed, one that is willing to fight to the end, confident that victory is possible. Feminist leaders may take the fight against sexism to campus administrations, Congress, Hollywood, and the courts. But their ideology cannot and will not lead a mass in a life-and-death fight against the capitalist root of all exploitation. I, therefore, respectfully ask all self-identified feminists to look critically at your leaders and ideas. They have brought you this far, but is it far enough? If you’re ready to take the next step, join me and the thousands of other women around the world who have joined the IMT and the fight for socialism in our lifetime!