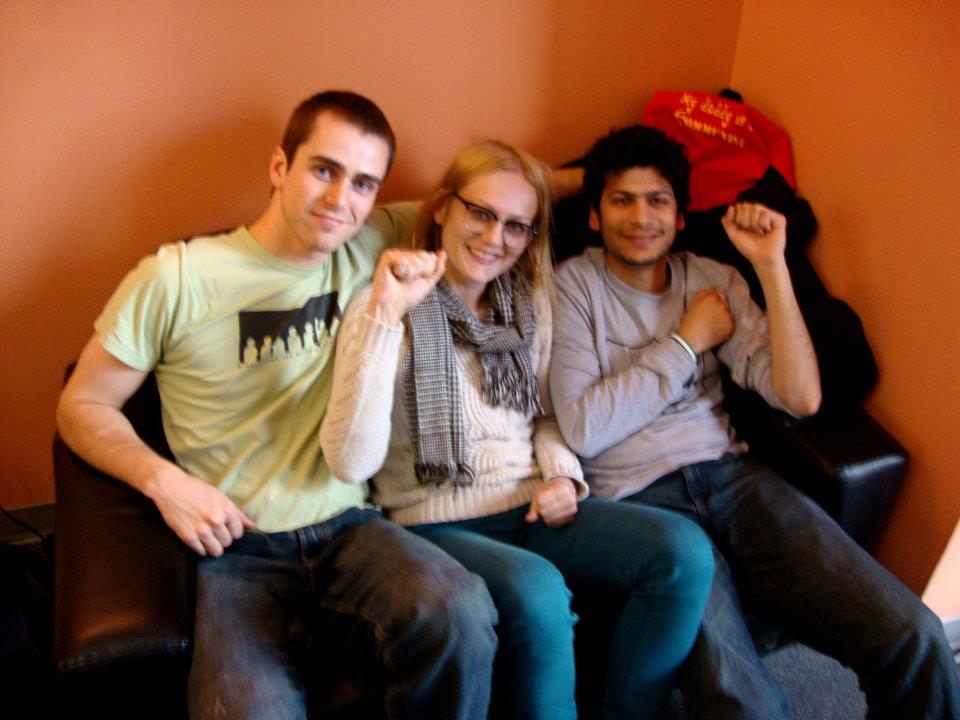 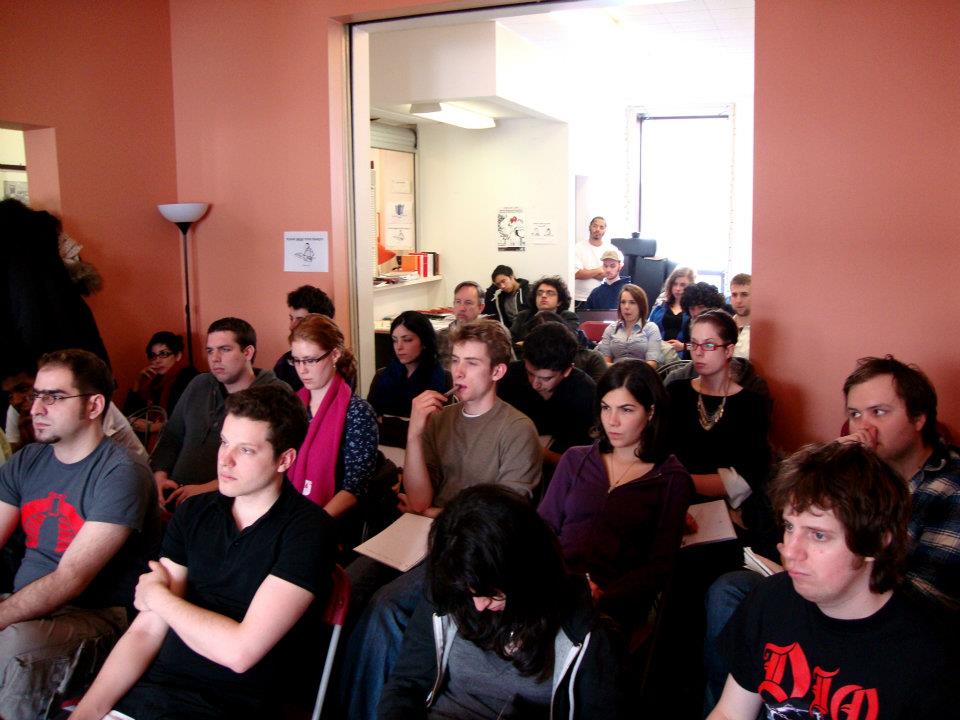 The most important lesson of the weekend was the pressing need for a revolutionary tendency with correct Marxist ideas to help the working class achieve its emancipation. This year’s sharp increase in attendance is a reflection of the revolutionary epoch we have entered.

Since last year’s school, which took place in the immediate wake of revolutions in Egypt and Tunisia, we have witnessed the wider Arab Spring, pre-revolutionary turmoil in Greece, and massive protest movements around the globe including the Spanish indignados, the Occupy movement and the anti-Putin protests in Russia. The inability of ruling classes to resolve the contradictions of capitalism have led to a global impasse. More and more workers and youth are turning to the ideas of Marxism in order to explain the world we live in and to present a viable alternative.

Arriving on Friday night to a social at the Jazz Hostel, comrades awoke early Saturday morning for a veritable two-day Marx-a-thon. Alex Grant from Fightback’s editorial board delivered the opening presentation, “Perspectives on the World Capitalist Crisis”, which briefly covered the broad historical movements of 20th century capitalism – its boom and bust periods, its contradictions leading to wars and revolutions – as a background for the new crisis we find ourselves in today.

The mass movements in the Arab world, Europe, Africa and North America illustrate that we have entered a tumultuous new period. The presence of all the objective factors for revolution is contrasted by the lack of an organized revolutionary tendency to harness the energy of the working class. If not addressed, this contradiction will play a tragic role in future developments.

Time limits prevented inclusion of some key topics in the lead-off, such as Latin America, but comrades in attendance were more than happy to fill in the blanks and provide their own perspectives during the subsequent discussion period. This was to be a recurring pattern throughout the weekend, as each participant drew upon their individual knowledge to raise the theoretical level of all.

After lunch, Camilo Cahis gave a lead-off on “Lessons of the Spanish Revolution”, a crucial struggle of the interwar period rife with lessons for today’s revolutionaries. The involvement of so many political tendencies in this struggle from 1931-1938 – Marxists, Stalinists, centrists, liberals, anarchists, fascists, conservative nationalists – renders study of the Spanish Revolution an indispensable primer on how the interaction of objective and subjective factors can make or break a workers’ revolution. Not coincidentally, Fightback just released a new booklet reprinting works of Leon Trotsky, Pierre Broué, and Ted Grant on the Spanish Revolution. These booklets were eagerly snapped up by attendees seeking more information.

The last session of the day was “The History of Marxist Organizing”, with Tom Trottier discussing the development of Trotskyist tendencies in the United States and Britain. He examined the strengths and weaknesses of prominent American Trotskyists, particularly James P. Cannon, and how the inability of the leaders of the Fourth International to absorb Trotsky’s method after his death led to a series of splits and muddled opportunistic positions in the ensuing decades.

Tom’s parallel history of the Militant tendency in Britain made the case that Ted Grant had a superior grasp of the Marxist method in his approach to organization and theory. Unfortunately, Militant was not immune to errors or objective factors that led to its eventual split. The importance of these lessons in building a new revolutionary tendency can be found in the old cliché that “those who fail to learn from history are doomed to repeat it.”

As Saturday drew to a close, comrades adjourned to the Jazz Hostel for that night’s social. Despite the ostensible goal of unwinding after a long day, the quality of the presentations fuelled many in-depth political discussions over beer that evening, and a splendid time was had by all.

Refreshed comrades returned the next day to hear Mark Rahman from the US Workers’ International League give a presentation about “The Minneapolis Teamster Rebellion of 1934”, a pivotal Depression-era struggle that saw American Trotskyists play a key organizational role.

Joel Bergman from La Riposte (Quebec) gave a final presentation on Trotsky’s In Defence of Marxism, a compilation of letters and essays the “Old Man” wrote to his American followers in the 1930s. One of the most important lessons comrades absorbed was Trotsky’s use of the proper Marxist method. Unlike the Stalinists and sectarians who attempt to resolve political differences through organizational means such as expulsions, Lenin and Trotsky always attempted to use every dispute as a means of raising the general political level of the cadres.

The comrades capped off the weekend with raucous renditions of “The Internationale” and “Bandiera Rossa”. As the weekend school ended, enthusiasm among attendees was palpable. For the first time in decades, Marxists are no longer swimming against the tide. Not only do Marxist ideas make sense of current events – far more so than the confused commentary of the bourgeois media – but workers and youth are eager to hear them, as the North American school demonstrated.

The current crisis of capitalism is not going away anytime soon. In the absence of an organized revolutionary tendency, the capitalist system will continue to cause unspeakable horror and misery for the vast majority of the human race. Development of this subjective factor must be the primary focus for all Marxists going forward. This school played an important role in this development and helped build unity between revolutionaries in Quebec, Canada, and the United States.