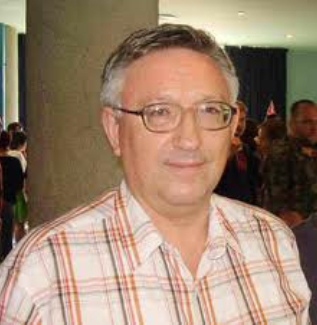 We are thrilled to welcome back Alan Woods, editor of Marxist.com, to make up for the New York City portion of his tour last year that was disrupted by Hurricane Sandy. Join the Workers International League, FightBack (Canada), La Riposte (Quebec), and the International Marxist Tendency for a Marxist Day School in NYC!

We will be holding two sessions:

11:00 am – The National Question and how to approach it is of vital importance for Marxists. Lenin and the Bolshevik Party’s policy in the Russian Empire (which Lenin described as a “prison house of nations”) allowed them to earn the trust and support of the many nationalities that had lived under the yoke of Tsarism for centuries.

Alex Grant from Fightback (Canada) will lead off the discussion, an issue which is just as important today as it was in 1917.

2:30 pm – Who was Stalin? What was Stalinism? What is genuine socialism? How did Stalin come to personify the bureaucratization of the Soviet Union? What role did he play in the Bolshevik Party prior to the revolution and what conditions led to the phenomenon now known as Stalinism?

On the 60th anniversary of Stalin’s death, Alan Woods, editor of Marxist.com (In Defence of Marxism) and the leading theoretician of the International Marxist Tendency (IMT) is working on a reissue of Trotsky’s biography, which will include new, never-before published material Trotsky intended for inclusion in this book, found in the Trotsky archives at Harvard. Alan will lead off the discussion on Stalin.

This event is open to the public. We will be asking a $10 donation to cover the cost of the event.