NYPD Gets Away with Murder Again 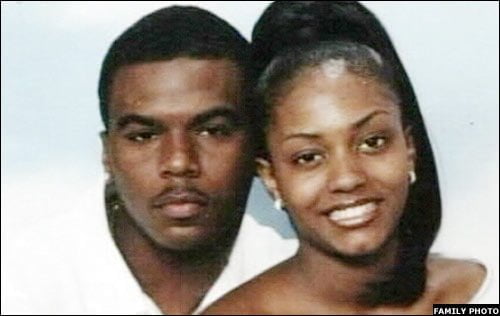 On November 25, 2006, undercover detectives shot three unarmed black men.  Sean Bell, who was to be married the next day, was killed.  Two of his friends, Trent Benefield and Joseph Guzman were wounded.  The NYPD claims that 50 shots were fired at the men.  The NYPD claims that the detectives were investigating the sale of illegal firearms.  However, no fire arms were found on Sean Bell or any of his friends.  This incident occurred even though the NYPD claims that the purpose of undercover policemen is to gather information for later arrests by uniformed police.  Therefore, not only are undercover police not supposed to fire their weapons, they are not even supposed to make an arrest!

Three of the detectives involved in the incident were put on trial, but they insisted there be no jury.  The “Not Guilty” verdict on April 25, 2008 was made by the judge.

Although the media and the politicians claim that the police department exists to protect the people from criminals, this is not the reason the police exist.  The police, the courts and the government bureaucracy were created to “maintain peace” in the context of allowing big business and the rich to exploit workers and their families, who make up the vast majority of the population.  In this country, the richest one percent own more than the bottom 90 percent of the population combined.  The police and judiciary exist to enforce laws written by the rich which are aimed against the working class and the poor, to ensure the rich can continue collecting their profits;  they exist to enforce laws that protect the landlords, so they can continue collecting their rent.

Over the years, the NYC Police Department has murdered several Black and Latino men, but when have they ever been convicted of murder?  It is of course no surprise that the judge, part of the same state apparatus as the detectives, let them off the hook.  Can you imagine if three armed men had fired 50 shots at the NYPD and one of the police had been killed?  What do you think the judge would have ruled?

The Central Labor Council, the leadership of the unions, could have taken leadership on this, but gener

ally they have a policy of friendly lobbying of the Democrats and Republican Mayor Bloomberg and any mobilization would contradict this policy.  Also, many Black leaders, such as the Reverend Al Sharpton and City Councilman Charles Baron, a former member of the Black Panthers, are members of the Democratic Party.  They are now forced to mobilize after the fact, but what program will they offer so this does not happen again?  Is appealing to Mayor Bloomberg and the judges really going to change anything?

Only when the movement breaks with both of the Big Business political parties – the  Democrats and Republicans – will it really be able to prevent future murders by the NYPD.  This movement would place no trust in the “impartiality” of the big business politicians and their state, including both the police and judicial system.  The labor movement is powerful if it mobilizes itself and relies on its own resources.  If properly organized, labor could shut down New York City.  The labor movement should unite all working people, across lines of race, gender and national origin to protest this murder and prevent the next one.  “An injury to one is an injury to all!” is a very relevant slogan in this situation.  A movement around these issues should be linked to other issues facing workers and youth in the city, such as unemployment, low wages and the need for free, universal health care.

The WIL is fighting to change the present policies of the labor unions, so that they can lead the movement for change, not stand on the sidelines as the present leadership is doing. If you agree on the need to build such a movement in New York and across the country, join us!