Obama and the Economic Crisis

Now that the electoral dust has settled, many are already disappointed with Obama and his cabinet picks. Nonetheless, he enjoys astonishing approval ratings of over 80 percent. But this only means that the reaction to the inevitable disappointment will be that much more explosive.

The world economic crisis is shaking the consciousness of the world working class. Nowhere is this more true than in the most powerful and wealthy country on earth: the United States. After decades of relative peace between the classes, the class struggle is now back on the agenda. 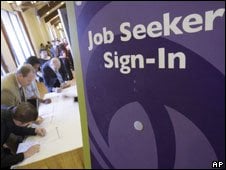 Some 1.3 million jobs were lost in just the last 3 months of 2008. The housing market has collapsed and unemployment is higher than it has been since the early 1980s and is set to get even worse. $6 trillion in home prices and $8 trillion in stocks have simply disappeared. Retail sales during the holidays fell as much as 4 percent, the worst showing in decades. The Big Three auto makers are on the verge of collapse and even Japanese auto maker Toyota, which has made huge inroads into the U.S. market at U.S. companies’ expense, is reporting its first operating loss since 1941.

The holiday shopping season was the worst in decades, and in December, U.S. factory activity fell to its lowest level since 1981. Untold billions in taxpayer dollars have been forked over to bail out private banks and insurers with no accountability whatsoever. Far from reinvigorating the economy by saving jobs and ending home foreclosures, hundreds of thousands more have lost their homes, and mass layoffs have skyrocketed, all while the bailed-out CEOs pocketed a cool $1.6 billion in salaries, bonuses and benefits. This is truly “business as usual” under capitalism.

It may well be the worst crisis since the Great Depression, a period in U.S. history that sends shivers down the spines of both workers and the ruling class. But the economic crisis of the 1930s eventually led to a massive upsurge in the class struggle. The current crisis will be no different. The pent up contradictions inherent within the system, which were exacerbated by a mind-boggling expansion of credit, indebtedness, and the housing bubble, are now coming to the surface. Already we can see examples of things to come as U.S. workers come to the painful realization that the illusion of the “American Dream” is in reality a nightmare.

But surely things will get better now that G.W. Bush is gone? As we have explained before, given the expectations he has generated, Barack Obama will be forced to make some changes, and may even make considerable investments in bolstering the social safety net, creating jobs, providing tax cuts and rebuilding the country’s infrastructure. But this will be nowhere near enough to reverse the damage already done and leaves the system intact.

Many will of course welcome this relative “loosening of the chains,” even if it is mostly cosmetic, and it could give a boost of confidence to workers after 8 years of Bush and a worsening economy. But nothing fundamental will have changed. The commanding heights of the economy will remain in private hands, and the real decisions as to who has a job and who has a house will still be made by the banks and Fortune 500 corporations.

Obama’s cabinet appointments signal that it will be business as usual in Washington. We will run a series on these appointments and their likely policies in this and future issues of Socialist Appeal. But suffice it to say that he will not bring about an immediate end to the war in Iraq, he wants to expand the war in Afghanistan and has not ruled out a U.S. invasion of Pakistan. As for Latin America, his approach will in all essentials be a continuation of the Monroe Doctrine that has guided U.S. policy in the region for nearly 200 years. In other words, the ruling class’ war on workers at home and abroad will continue much the same as before. 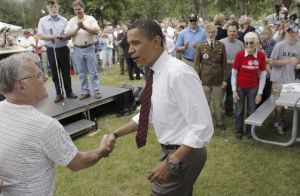 Most people will have to learn the hard way, through their own experience, that Obama, as a representative of Big Business, is organically incapable of defending the interests of the working class majority. Most people do not learn from books, history or theory. Life itself, however, is a marvelous teacher, and the U.S. working class is in for some particularly bitter lessons in how capitalism really works, or rather, how it does not work. With the economy worsening and the international situation ever more unstable, people will expect quick results from Obama. If he doesn’t deliver, they will be increasingly open to the formation of a mass party of labor based on the unions. They will also move to take things into their own hands, as the Republic Windows workers did in Chicago (Obama’s home city).

Faced with losing not only their jobs but also their back pay, severance pay and benefits, 250 workers, most of them Latino immigrants, occupied their window and door factory for nearly a week. Such was the outpouring of popular support – despite the almost total inaction of the labor leadership – that Bank of America had to guarantee loans to the company to pay its workers its obligations. Even Obama had to come out in guarded support for these workers, although he used the episode to justify the need for bank bailouts. And although the workers still lost their jobs, the result was perceived by millions of workers as a victory. This could embolden other workers across the country to follow the Republic workers’ example. The auto industry, for example, has its back against the wall, and the example of the Republic workers is sure to give auto workers a lot to think about. A generalized movement of factory occupations in the U.S. may not yet be right around the corner, but the seeds for a revival of the militant traditions of the U.S. working class have been planted. Events can develop more quickly than anyone expects.

The magnificent movement of the immigrant workers in the spring of 2006 is another example of things to come. The movement was ultimately co-opted by the Democratic Party and derailed off the streets. But the fundamental contradictions have not been resolved.  Sooner or later, it will erupt again, on an even higher plane of struggle. The “100 days” campaign to pressure Obama and demand amnesty for all has already been launched.

Many commentators have compared Obama to Abraham Lincoln. But let us not forget that Lincoln presided over one of the most tumultuous periods of U.S. history, over a class war between the capitalist North and the slave-owning South. Lincoln’s task was to defend and expand the capitalist system, which was at that time historically progressive. But Obama’s task is to maintain at all costs the capitalist system in its epoch of imperialist decay.

We have  indeed entered a new era. But it will not be an era of peace, prosperity, and plenty.  But out of the capitalist chaos of war, crisis and misery, will be forged the forces that will end this system of exploitation once and for all. Join us in the struggle for a better world!