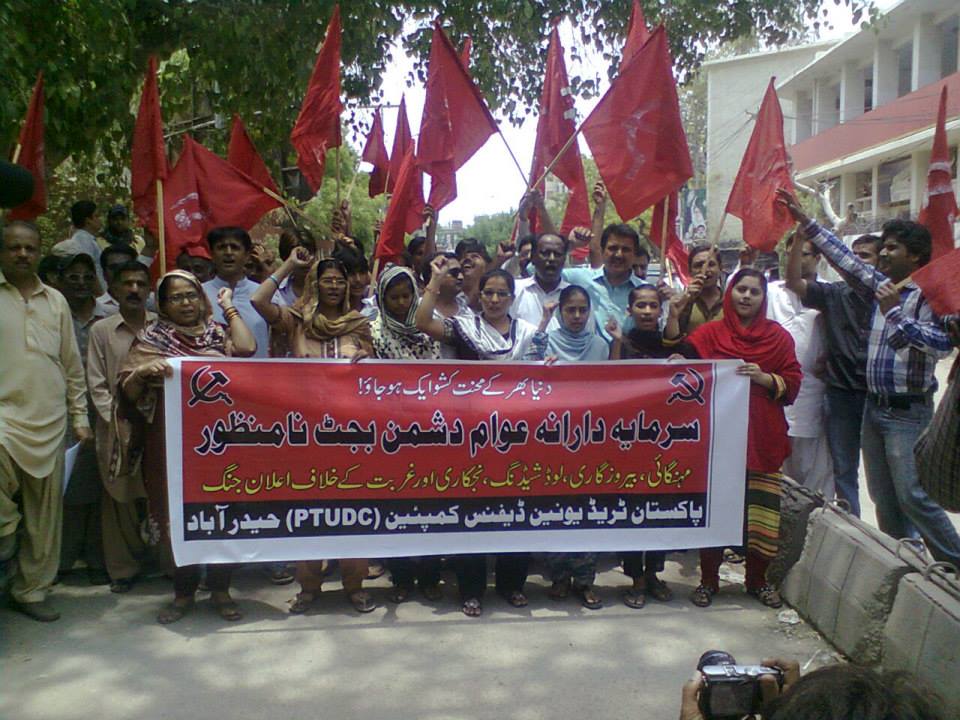 For almost two decades Pakistan has been in the international media for the wrong reasons. Each day, during this period, Pakistan has been engulfed by a new wave of uncertainty, turmoil, and carnage. This includes terrorist attacks, suicide bombings, and the onslaught of American drones killing and maiming hundreds and thousands of innocent people including women, children, and the elderly.

However, there is another Pakistan that is victim to rampant corruption, crime, unemployment, price hikes, disease, illiteracy, and poverty. The government has done nothing to provide relief to its people, instead they implement anti-worker polices.

Under these circumstances, Pakistani workers and trade unionists are struggling to achieve and maintain basic fundamental rights. With fewer than 5% of the workforce actually organized, trade unionists are facing assassinations, assaults, kidnappings, and illegal detentions by the employers and the coercive state apparatus.

There has never been a greater need for international solidarity and support for the Pakistani trade union movement as there is today. Pakistan Trade Union Defense Campaign (PTUDC) was set up in 1995 by workers leaders in various industries.

The PTUDC is working with different workers groups, trade unions, and national federations in enabling and strengthening workers’ democratic structures; engaging workers in trade unions, especially women; building unity; and ultimately bringing trade unions together into a unified national body similar to the AFL-CIO in the United States. The PTUDC is a broad-based campaign, established to build international solidarity between the Pakistani workers and the trade union movement worldwide. The PTUDC organizes public events, attends trade union meetings to highlight conditions for the trade unions in Pakistan, and promotes international solidarity between Pakistani workers and workers around the world.