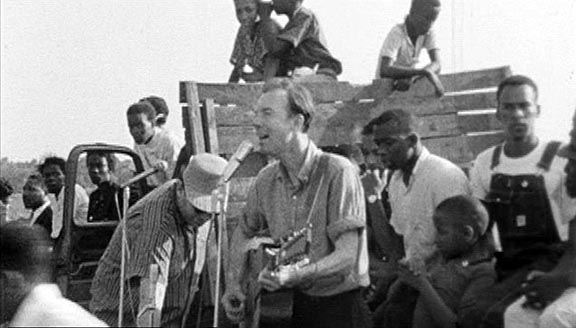 e’ve lost a spirited voice of the oppressed and exploited, as Pete Seeger drew his last breath. Having reached the age of 94, Seeger had lived, fought, and sung through several tumultuous periods of ebb and flow of the class struggle over many decades.

As a teenager during the years of the rise of the industrial unions in the 1930s, he was part of the generation of radicalized youth drawn to socialist ideas and the workers movement. In the period of political reaction following World War II, he stood up to the anti-communist witch hunt, remaining steadfast in his support of working class battles and the fight against racist oppression.

He continued throughout his later years to stand as an inspiring figure to successive generations of radicalizing youth. The WIL and supporters of Socialist Appeal offer our condolences to the Seeger family, and join the chorus with all who mourn the passing of this man.

We will publish a fuller appreciation of his life, and the influence of his music, in coming days.