Postal Workers: Time to Bring Back the Strike! 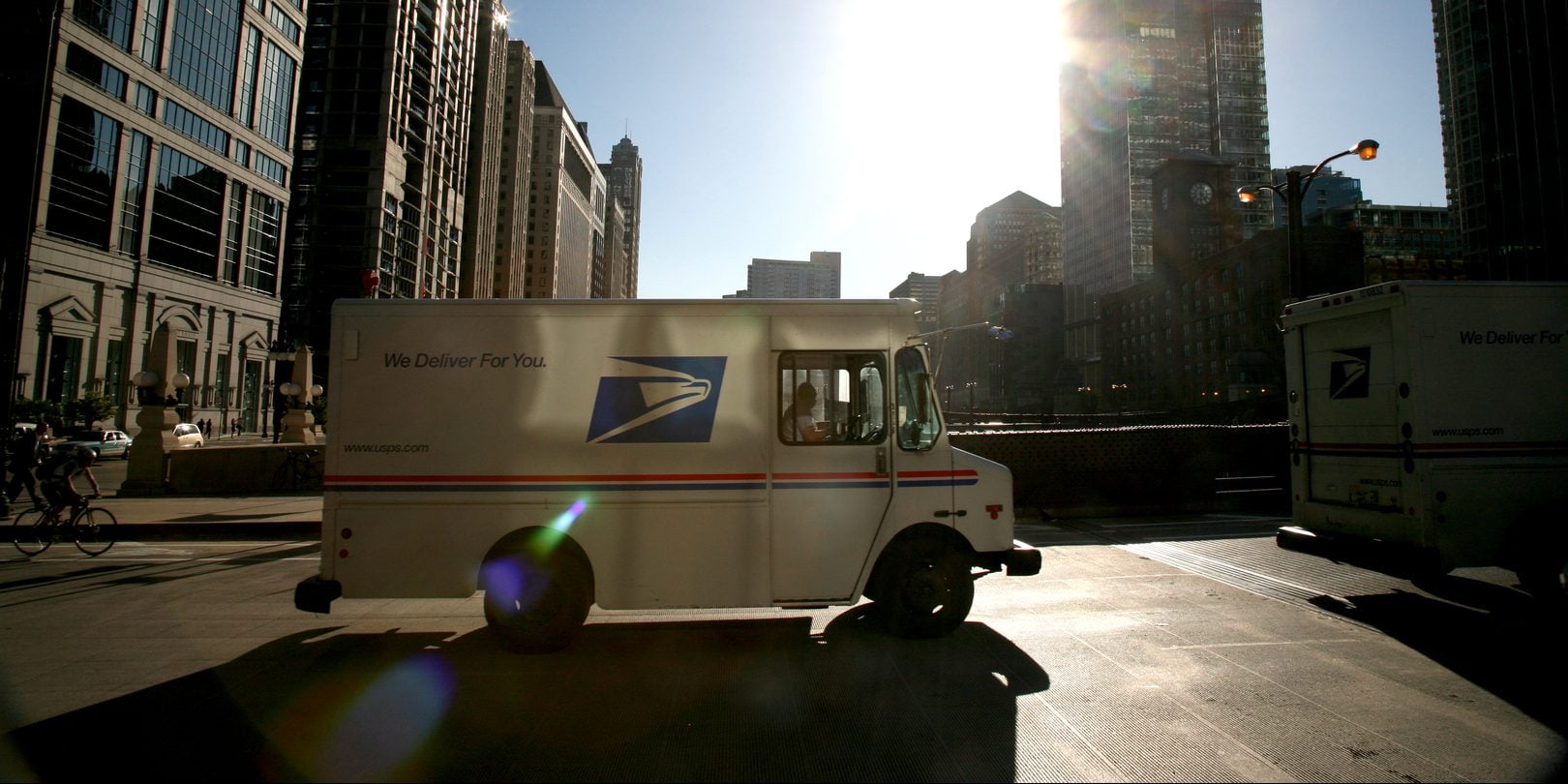 As the saying goes, neither snow nor rain nor heat—nor COVID-19—can stop the running of the US Postal Service. But continued operations have a very real cost. As of this writing, the United States Postal Service (USPS) has roughly 25 times the number of cases it had just a few weeks ago. We have over 1,200 confirmed cases, thousands of us are under quarantine, and as of April, we have lost 44 brothers and sisters to the novel coronavirus.

Management’s response has been disastrous at best. As many at our offices and plants have observed, PPE was slow to arrive. “Medical advice” was given by managers, who went off script during the morning “Stand Up Talks.” Shockingly, one manager told workers that if someone had tested positive, but wasn’t showing signs, they should “put a mask on and continue to work.” Workers who have safety concerns are afraid to speak up for fear of having a target put on their back sby managers—who hide in the safety of their offices.

Many of us are aware that while package volume has increased dramatically in many offices, the amount mail has gone down. This was a trend even before COVID-19, but it has become more acute since the beginning of the crisis. As a result, on top of the anxiety of working during a pandemic, we do not even know if we will have a job, let alone a career at the end of the tunnel. In fact, the reports coming out of the Post Master General (PMG) are quite disturbing.

Numerous articles have explained the long-coming and now-present financial crisis brought upon the USPS in 2006 with the passing of the Postal Accountability and Enhancement Act. As part of this thinly veiled effort to set up the postal service for privatization, Rep. Darrell Issa (R-CA) slipped in a healthcare pre-funding mandate. This means that the USPS must “pre-fund” future healthcare costs 75 years into the future or be considered insolvent. The fact that this fund currently has a whopping $47.5 billion in it is usually omitted from the public discourse on the service’s looming “bankruptcy.”

It is worth pointing out that Darrell Issa received over $60,000 in campaign contributions from private carrier UPS, while constantly fighting to eliminate up to 100,000 postal jobs by ending Saturday delivery and door-to-door delivery. It’s also worth noting that this law was not repealed by the Democrats when they controlled both houses of Congress and President Obama was in the White House between 2009 and 2010. Both the Democrats and the Republicans have used this contrived accounting situation to cry poverty when it comes to the postal workers’ demands for new collective bargaining contracts.

Capitalists gush about “free competition,” but in reality, they do not want competition. It is clear the UPS and Fed Ex bosses, as well as similar firms, would like to reduce the USPS’s role in package delivery. This is why privatization is a top priority for many in government.

Back on April 12, 2018, Donald Trump issued an executive order to create a task force led by a former Sears executive—well-known as an “asset stripper”—and Treasury Secretary Steve Mnuchin, to “develop recommendations for administrative and legislative reforms to the United States postal system.”

“The post office is a joke!” exclaimed President Trump. During this pandemic, with only one exception, Trump has not praised the Postal Service, while frequently praising UPS, FedEx, and oddly, for a self described “nationalist,” German-owned DHL. This, despite the USPS being the largest employer of US military veterans. The capitalists may salivate at taking over the profitable parts of the USPS, but the number of employees that would be cut and the sharp service reductions to the rural aras would likely end up damaging to the Republican Party.

No bail out for the Postal Service

The first bailout, the Coronavirus Aid, Relief, and Economic Security Act (CARES Act, P.L. 116-137), signed into law on March 27, 2020, did not offer the same kind of support for the Postal Service as it did for airlines ($61 billion), private cargo shippers ($17 billion), and other corporations ($425 billion).

There was talk of giving the USPS a $25 billion grant, but then the proposal turned into $10 billion loan, laden with conditions. Several weeks later, the USPS still doesn’t have access to the loan, since Treasury Secretary Mnuchin wants to impose harsh concessions in exchange.

“It’s a power grab to destroy the public Postal Service. Shame on them,” responded APWU President Mark Dimondstein to reports from the Washington Post that the Trump Administration is attempting to use the coronavirus crisis to force draconian cuts to the Postal Service.

“The Post’s reporting confirms what our union has long known: This Administration is committed to fulfilling the decades-long pursuit by some to sacrifice our public Postal Service at the altar of private profit,” Dimondstein said.

Unfortunately, the union leaders’ main policy is to tell us to contact our senators and congresspeople, and to contribute to the union’s Political Action Committee (PAC). Decades of lobbying our respective representatives, and pouring members’ money into PACs gotten us precisely nowhere. Our PACs donate to both Republicans and Democrats and both parties have failed us.

While our PACs have lobbied for and won some non-binding resolutions to protect six-day and door-to-door delivery, they have not been able to stop the hemorrhaging of the healthcare pre-funding mandate. The National Association of Letter Carriers (NALC) explained the damage caused by that mandate in the June edition of Postal Record: “…over the past 12 years and accounting for 92% of all the Postal Service’s losses since 2007. Without this expense, the Postal Service would have averaged more than $600 million in annual profits over the past half-dozen years.”

Management tries its best to play off one union against the other. But we would all be better off with a Postal Workers’ Alliance—a united front of all four unions standing together for a better contract for everybody. A Postal Workers Alliance should work with the Teamsters at UPS and help to organize workers at FedEx and the other non-union package delivery firms.

In addition to the divisions between the different unions, management has created divisions within the unions themselves. The 2013 NALC contract, which should have been rejected, and which should have led to a work stoppage by the postal workers, forced major concessions in wages and the creation of a two-tier workforce.

This contract permits a situation in which 30% of the workforce—known as City Carriers Assistants (CCA)—are temporary workers who are fired and rehired every 51 weeks. There is no limit on how many concesutive days a CCA can work. Ever since the USPS agreed to deliver for Amazon on Sundays, it is not uncommon for a CCA to work 14–28 days straight. After their first year, they max out their wages and cannot receive further pay raises.

Which way forward for postal workers?

The key power of the workers is the power to withhold our labor! A Postal Workers Alliance could use the threat of a strike or job action—and follow through on organizing such actions if necessary. As a postal worker, advocating this could get me fired, and I could be subjected to federal fines or even be arrested if any wildcat strikes started. This is, therefore, not something to be taken lightly, and postal workers should take great care not to discuss this openly while on the job.

But it is also important to keep in mind that this past March, the four postal unions celebrated the 50th anniversary of the great wildcat Postal Strike of 1970, which lasted eight days and resulted in massive gains for hundreds of thousands of postal workers and their families. This strike was won, but it took people with courage on the shop floor—not the national union leadership—to lead the strike.

While some union leaders and postal workers have seen the warning signs for years, the pandemic means more workers are getting a crash course in the war on the post office and labor unions. Many had hoped that if they kept their heads down, did their job, and had faith, somehow everything would work itself out. However, it is not working out at all, and with COVID-19 things are even worse!

Soon after the outbreak of coronavirus, the Labor Relations Department of the USPS issued a Memorandum of Understanding (MOU), stating that managers and supervisors should allow employees liberal usage of sick leave, annual leave, and leave without pay if they are sick or must care for children.

However, workers who speak up and have tried to enforce the MOU have been pressured by management while others are intimidated and will not say anything—despite being furious about the hypocrisy. Workers, and particularly the City Carrier Assistants, have few rights. Contract negotiations have gone nowhere for letter carriers for over six months and it is clear that the management wants more givebacks.

The 600,000 postal workers have their backs against the wall and our only lifeline is to organize a fight back, with the perspective of building a Postal Workers Alliance. The rank and file must demand that the union leaders build such an alliance, and that it take a serious and militant approach if we are to head off disaster.

Our union leadership’s subservience to laws written explicitly to tie our hands behind our backs will only lead to further defeats and eventual privatization. Without the threat of an actual strike, nothing has changed and nothing is going to change. NALC and APWU, the two bigger unions, must take a lead on this.

The situation is becoming clear to hundreds of thousands of postal workers—we didn’t create this crisis and we are not going to pay for it! We cannot wait any longer. The present policies are clearly not working. The fight to save the postal service is ultimately linked to the fight for a mass workers’ party and the fight for socialism. If you’re a postal worker and are interested in organizing for real change, we invite you to contact Socialist Revolution.