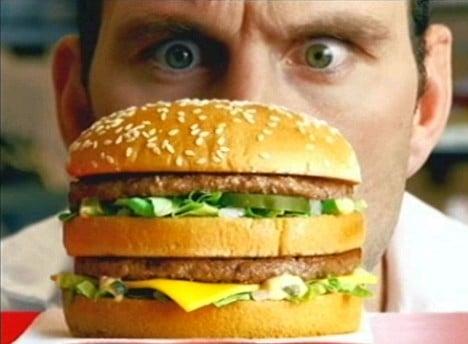 When Marie Antoinette heard that the poor of France were rebelling because of lack of access to bread, a subversive newspaper at the time alleged she dismissively said, “Let them eat cake.” There is no solid proof she ever actually said that, but this became a symbol of the ruling class’s disdain for and ignorance of the everyday lives of the masses.

Today, while workers are experiencing an obesity epidemic in the rich imperialist countries, workers in the so-called developing world are suffering from lack of access to food and medicine, millions are malnourished, and many are actually starving to death. The demagogic liberal left, whose agribusiness and fast food paymasters have helped to create this inequality of misery, chide workers in countries like the USA for our “indiscretion” and “bad choices” and would like us to take an example from our malnourished comrades. MSNBC, New York Mayor Bloomberg, and many others wag their fingers in disappointment at the unhealthy poor and remind us that “We must all tighten our belts!”

In response, “fat-taxes” are gaining popularity. Theses taxes are added to the price of fattening foods like soda, fast food and unhealthy snacks. The logic is that as unhealthy foods get cheaper, consumers buy more of them, thus getting fatter and less healthy—so raising taxes on these will in theory reduce their consumption and improve people’s diets.

On the surface this proposal has the appearance of being solid “common sense.” But in reality, this is regressive, punishing the working class and especially the poor, when responsibility for this rests squarely with the capitalists. For example, the ruling class refuses to use their obscene profits for health and education programs that would help lift the workers and poor out of unhealthy lifestyles, while continuing to fund gigantic international advertising campaigns that manipulate us into consuming their unhealthy products. At the same time, stress from overwork, degrading workplace regimes, growing precarity, unemployment, and frustration with cuts to social services force a growing segment of workers and poor to rely on fast food and cheap calories from unhealthy foods.

Fat taxes do not help workers get healthy. Instead they make us poorer by cutting into our purchasing power, reducing the amount of food we are able to get, without countering aggressive advertising or addressing the reasons why workers have poor diets.

A labor government with a socialist program would use an entirely different approach. First of all, we would shorten the workweek and raise wages, which would allow more time and resources to cook healthy meals at home (if people so choose). Access to low-cost and nutritious community restaurants, combined with lower food prices overall, would go a long way toward reversing the current trends. A socialist government would also pass laws against misleading advertising, provide free universal healthcare and lifelong education for all. Society would be able to guarantee healthy meals for all by nationalizing food companies under democratic workers’ control, as part of a rational plan of production, distribution, and exchange. And by relating to other parts of the world on the basis of solidarity, we could help eliminate hunger and malnutrition, and ensure a healthy and varied diet for every man, woman, and child on the planet.