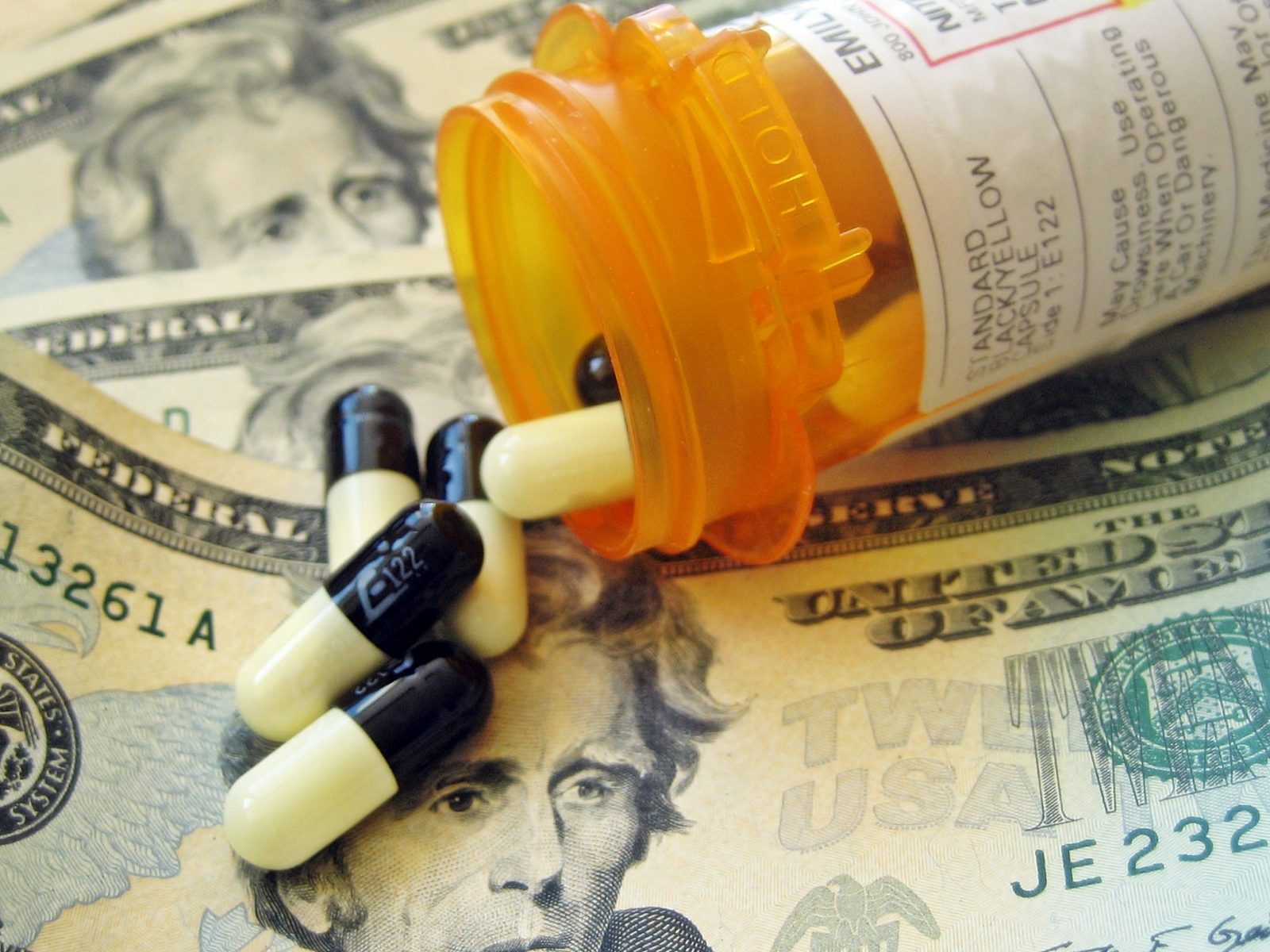 In April 2021, the World Health Organization (WHO) released an annual report, once again warning that little progress has been made in developing new, desperately needed antibiotics. Overlooked by most in the midst of the raging COVID pandemic, the report analyzed 43 antibiotics currently in the development pipeline. It found that precisely none of them address the 13 most dangerous resistant superbugs the WHO has identified, such as carbapenem-resistant Acinetobacter baumannii and Pseudomonas aeruginosa (carbapenems are the “last resort” antibiotics). The report also noted that of the 11 antibiotics approved since 2017, only two represent a novel class. The rest were simply derivatives of existing antibiotics—meaning that antimicrobial resistance could come quickly, rendering them less effective.

Antibiotic-resistant bacteria is already a huge problem that will only grow exponentially worse without a new, effective class of antibiotics. Hundreds of thousands of people die as a result of antibiotic-resistant infections every year. According to the Centers for Disease Control and Prevention, more than 2.8 million antibiotic resistant infections occur in the US every year, with more than 35,000 deaths. A 2019 joint report by the UN, WHO, and World Organization for Animal Health stated that drug-resistant diseases could cause 10 million deaths a year by 2050.

A recent study published in The Lancet tallied 1.2 million deaths from infection in 2019. That is more than deaths caused by malaria or HIV. Of course, this hits the planet’s poorest people hardest. The Lancet study found deaths caused by antibiotic resistance to be highest in sub-Saharan Africa, at 24 deaths per 100,000 population, nearly double the rate of 13 per 100,000 in high-income countries.

It really is bacteria’s world, and we are all just living in it. With the current stock of treatments rapidly losing effectiveness, why isn’t research and development of new antibiotics an urgent priority? The answer is simple and a perfect encapsulation of the absurdity of the system governing our species: it isn’t profitable.

Lack of “incentives” for capitalism

Research for antibiotics is costly and difficult, often with the same molecules being discovered over and over. Plus antibiotics are most effective when used only for short periods of time, and they work best when fewer people use them, which cuts across the development of antimicrobial resistance. Therefore, Big Pharma left the field decades ago to focus on more profitable therapeutics such as statins and antidepressants, i.e., drugs that can be taken every day for years.

In January 2020, the Wall Street Journal quoted Patrick Hudson, a general partner at venture capital firm Frazer Healthcare Partners, that to be commercially successful, a new antibiotic would need to make $300 million a year at peak, far more than usual. This, compared to the typical $1 billion-plus sales that get a new drug labeled a “blockbuster” by the industry.
Nonetheless, more than 90% of antibiotic development is happening at small companies. Such companies often have limited capital to get beyond early stage research, and that is before funding sales or marketing.

Artificial Intelligence has recently provided some hope. In a genuine breakthrough, the first antibiotic discovered by artificial intelligence took place in an MIT lab in February 2020. Training an artificial neural network—a machine learning system that can analyze relationships in a data set—with a collection of a couple thousand molecules, the researchers identified a powerful new antibiotic compound.

The computer model doesn’t have to be programmed with expertise in molecular biology. Rather, it can learn patterns that experts may not be aware of, and can screen more than a hundred million chemical compounds in a matter of days. The model is designed to pick out potential antibiotics that kill bacteria using different mechanisms than existing drugs. The researchers named the new compound halicin, after the killer AI from the film 2001: A Space Odyssey. Tests indicate halicin is quite a killer, having success against the WHO’s three biggest superbug targets when tested on mice. In April 2021, researchers at IBM announced similar results with their AI system.

AI can mitigate the issue by making production cheaper, but the lack of financial incentive remains. Indeed, in their study, MIT’s researchers noted that “the decreasing development of new antibiotics in the private sector that has resulted from a lack of economic incentives is exacerbating this already dire problem.”

Vaccines should belong to humanity

It is hardly just new antibiotics. Vaccines are another example where the world is witnessing how a lack of profitability can cause great damage. The speed at which COVID-19 vaccines were developed—around nine months instead of several years—was a marvel of science and shows the potential of a publicly funded, centrally coordinated effort. Yet this was not the result of the entrepreneurial spirit. Years of basic research conducted by the National Institutes of Health (NIH), the Defense Department, and publicly funded labs was instrumental. “This is the people’s vaccine,” Peter Maybarduk, director of Public Citizen’s Access to Medicines program, told Scientific American. “Federal scientists helped invent it and taxpayers are funding its development. … It should belong to humanity.”

Pfizer-BioNTech and Moderna may now have some newly minted billionaires, but they depended on years of publicly funded research to develop the mRNA technology. The mRNA vaccines have proven the most effective against COVID as well as the simplest to modify against new variants. The concept of RNA modification was first developed by scientists at the University of Pennsylvania. Another key element that makes these vaccines successful is the inclusion of lipid nanoparticles. These are tiny bits of manufactured fat that cloak the RNA to ferry it through the blood into cells before dissolving, thereby allowing it to do its work. This technology was developed at MIT and various other academic labs. In the case of BioNTech’s specific mRNA formula, which was acquired ready-made by Pfizer, it was the result of research funded by the German government to the tune of €375 million euros.

There were also billions of dollars in advance purchases of the vaccines. The US government promised to purchase $2 billion worth of the Pfizer vaccine and guaranteed Moderna about $2.5 billion for the manufacture of its vaccine.

If the development of the vaccines was a triumph for public medicine, their distribution has been the embodiment of capitalism. While high-income countries are receiving third shot boosters to counter the highly contagious Omicron variant, as of the end of 2021, populations in low-income countries have received less than 2% of all doses. Covax, the WHO–backed effort to provide doses to the poorest countries, missed its 2021 goal of distributing 2 billion doses by more than half. Despite an increase this past December, the program delivered just over 800 million by the end of the year and was only able to reach a billion doses by January 2022.

The program was severely set back last spring when exports were halted by its largest supplier, the Serum Institute in India, to deal with India’s gruesome Delta wave. Other issues that have plagued the program are the shipment (or dumping) of nearly expired doses and a lack of distribution capacity (mRNA vaccines need to be stored at very low temperatures). On January 19, the program announced that it would need a $5.2 billion cash infusion to purchase needed accessories such as syringes.

Meanwhile, it was recently revealed that Johnson & Johnson, whose initial one-dose vaccine is based on traditional vaccine technology and thereby doesn’t require ultracold refrigeration, making it popular in poorer countries, paused production of its COVID vaccine late last year to focus on a potentially more profitable vaccine. On February 3, scientists at the South African company Afrigen Biologics announced that they have nearly completed a successful reengineering of the Moderna vaccine—an absurdity that scientists had to waste time and resources on something that already exists. Yet in a further absurdity, that vaccine will probably have to go through clinical trials that could delay it for years. With vaccine manufacturers and their governments protecting patents and limiting technology transfer, the WHO’s goal of vaccinating 70% of the planet by the middle of this year seems far-fetched.

It is possible that the Omicron variant, more contagious and less deadly than earlier variants, signals COVID’s evolution towards a mild, endemic form. According to one estimate, as of October 2021, 86.2% of American immune systems may have interacted with the virus’s protein. But this is not inevitable, and counting on it is playing with fire, especially with much of the world unvaccinated.

The Delta variant was first discovered in India, the Omicron variant in South Africa. While imperialist countries hoard the vaccine supplies and jealously guard the patents, who knows where the next variant could be evolving. According to the People’s Vaccine alliance, as of May 2021 vaccines makers Pfizer, AstraZeneca, and Johnson & Johnson had paid out $26 billion in dividends to stockholders, an amount sufficient to vaccinate all of Africa. On January 10, Moderna announced that it expects 2022 sales from its COVID vaccine to reach $18.5 billion.

Faced with such obvious market failure, the solution presents itself: a nationalized pharmaceutical and medical equipment sector integrated with the hospital networks as part of a unified, democratically administered public health provider. This would mark an immense step towards liberating science from the dictates of capitalism.

The question of profitability would no longer be a factor. Human need would drive the production of vaccines, antibiotics, and treatments for things like long-neglected tropical diseases. No longer would billions be wasted on advertising, stock buybacks, and armies of patent lawyers. Such a solution may seem impossible today but it need not be. In the past decade, support for universal healthcare has increased in the US. Of course, it would be folly to rely on the ruling parties to bring about such a change—this battle can only be won by class struggle.

If the COVID pandemic continues to spawn new variants, the contradictions of the pharmaceutical industry will only become more apparent. And as the crisis of antibiotic resistance deepens, the socialist solution will be more than obvious—it will be an existential necessity.