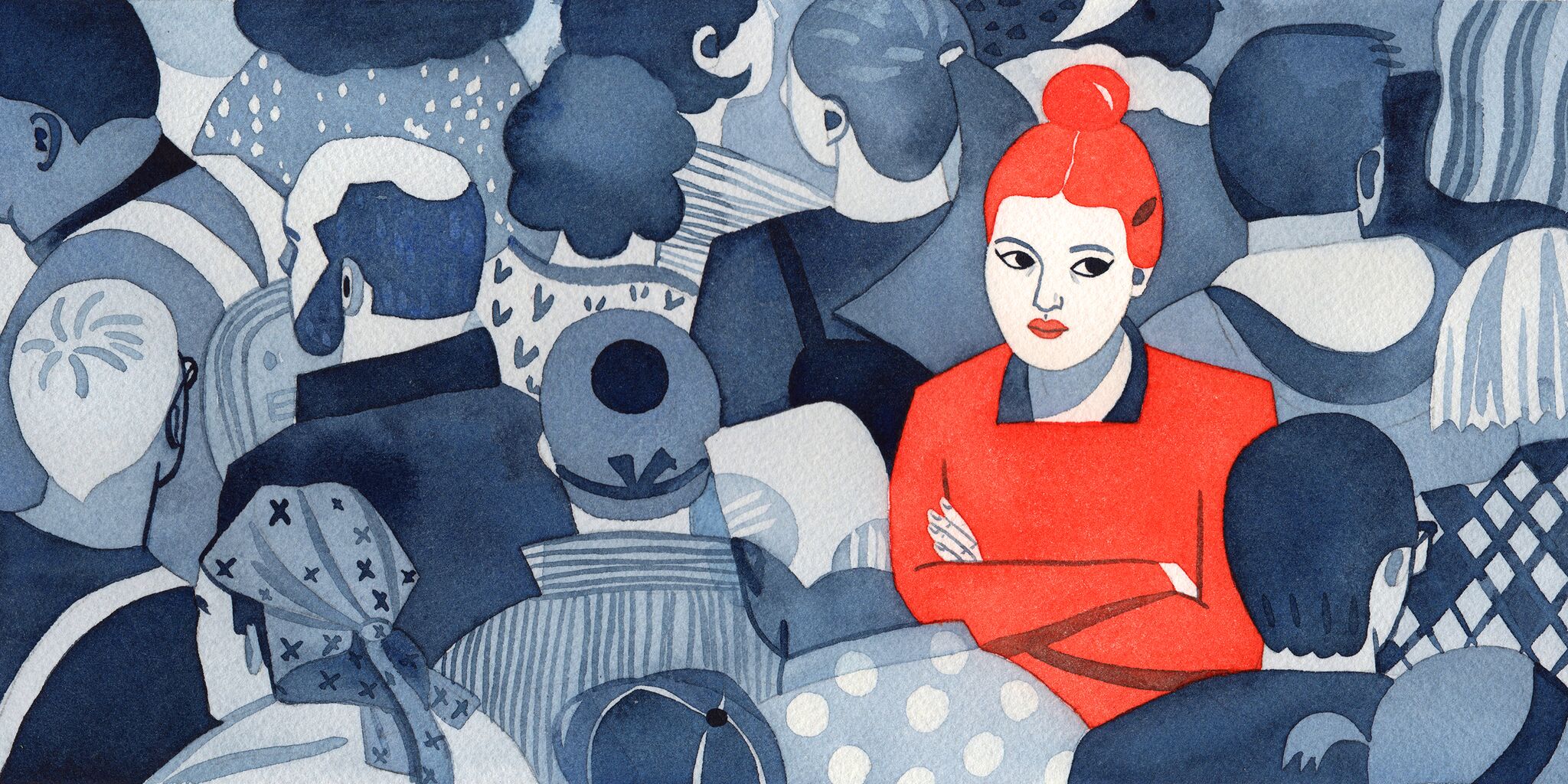 Over the last few decades, rates of depression and anxiety have skyrocketed, expressing themselves objectively and subjectively throughout society in both obvious and subtle ways. The Center for Disease Control and Prevention reports that “from 1999 through 2014, the age-adjusted suicide rate in the United States increased 24%.” Mental Health America reports that “rates of youth with severe depression increased from 5.9% in 2012 to 8.2% in 2015.” Anyone who uses the internet even moderately can attest to a rise in content related to mental health, including articles about holistic living and memes in which the punchline is the absence of the creator’s will to live. Also profoundly telling is a recommended Google search that came up while researching for this article, simply put: “why is everyone so depressed.”

It is unsurprising that a society with unprecedented levels of job scarcity, wage stagnation, military intervention, and individual atomization would give rise to feelings of hopelessness, insecurity, alienation, and rising rates of depression and anxiety. Lee Singh Gill has described this in detail in an article titled “Self-Harm, Suicide and Capitalist Alienation,” published by In Defence of Marxism. The idea that depression is powerfully impacted by objective conditions has gained prominence even in liberal circles with the recent publication of Lost Connections by Johann Hari, which explains the societal basis for depression, though he does not explicitly name capitalism as the problem.

It may be argued that the increase in diagnoses for depression and anxiety is due merely to rising awareness of these issues. There is surely an element of truth to this, but that does not account for increases in more objective measurements such as rates of suicide, self-harm, and mental health-related hospitalizations. Nor does it account for the findings of a study published in 2009 in Clinical Psychology Review, showing that from 1938 onwards, American high-school and college students have reported more and more symptoms of depression and anxiety, even if they do not refer to them in clinical terms.

Out of this crisis of alienation and mental health, two parallel trends have emerged: self-improvement and self-care (considered here as subcultures, and not to be confused simply with the concepts themselves). Largely internet-based and primarily appealing to millennials, both trends present their ideologies as solutions to the economic and/or psychological perils so many people experience. And although these subcultures present themselves very differently, they share the same foundation—a flawed, individualist approach to problems that are collective in nature.

Self-improvement culture is primarily practiced by young men who are openly opposed to ideas they consider “leftist.” They focus intensely on earning and investing money, developing physical strength, increasing social connections and general knowledge, and “toughening up” in general. Their goal is to become self-reliant, restoring traditional notions of masculinity and “working hard to earn your place in the world.” Alongside the “entrepreneurial” focus is an emphasis on finding a romantic partner and starting a family, presented as a cure for loneliness. Additionally, there is an emphasis on fully accepting the hierarchies in the world and the belief that they will always be present. 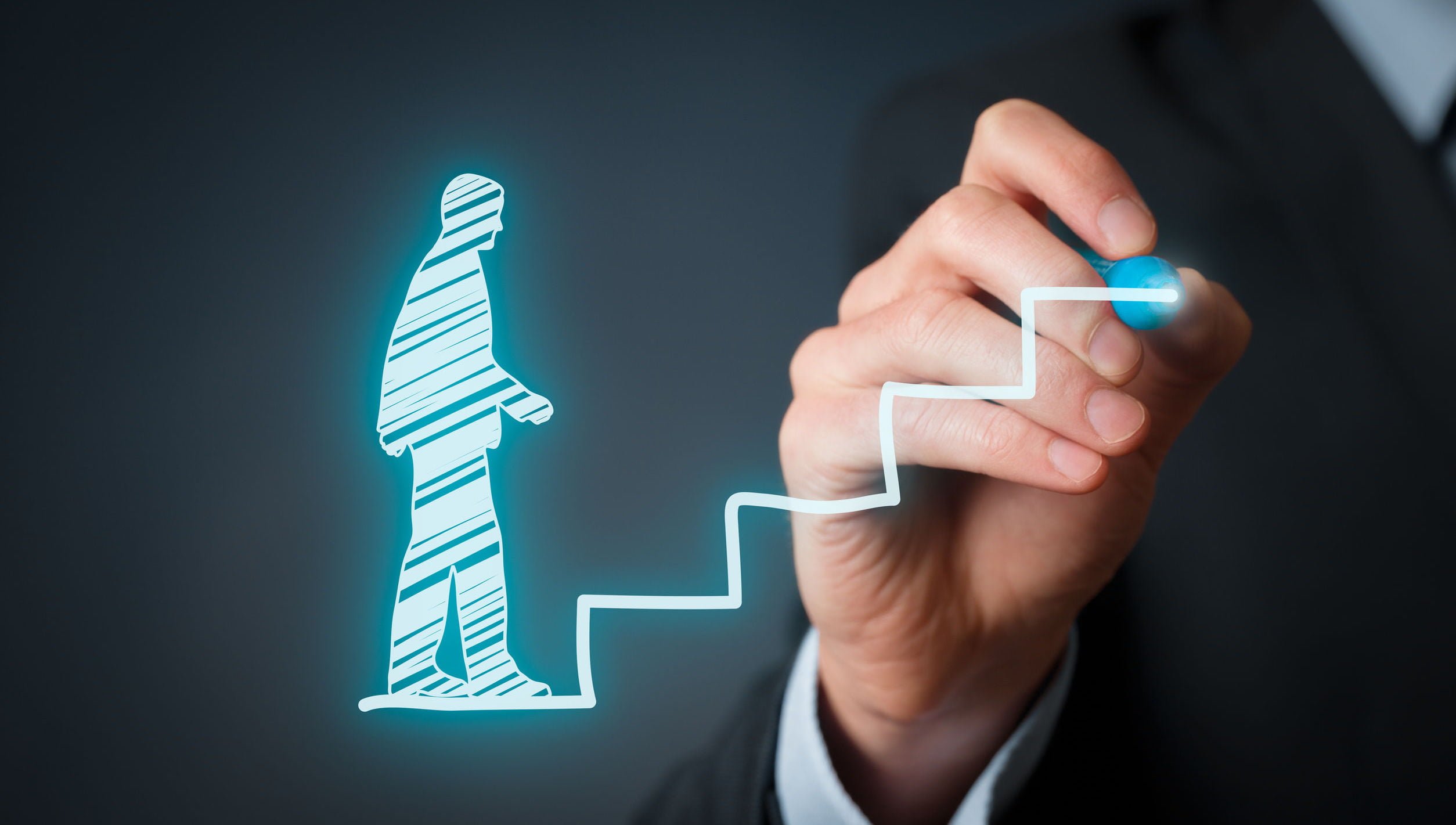 Self-improvement culture has a focus on “entrepreneurship,” becoming self-reliant, and restoring traditional notions of masculinity.

These ideas are nothing new. The Protestant work ethic and the idealization of the self-made family man go back centuries. But as employment grows scarcer, loneliness increases, and the world seems to be in a state of perpetual decay, there is renewed interest in these ideals as people lack a more comprehensive explanation. In essence, this subculture presents the classic idea of restoring “traditional values” to “fix” society, repackaged for the internet. And though this subculture generally lacks explicitly mental health-related language, we can be confident that any trend that focuses on improving physical health, “curing” loneliness, and, as the subculture’s de facto leader Professor Jordan B. Peterson puts it, “sorting yourself out,” has deep roots in the crisis of mental health ultimately caused by capitalism.

It is worth adding that this subculture is often the gateway to an interest in right-wing politics (if that interest is not already present), mediated through the intoxicatingly simple propositions and anti-Left sentiments espoused by Jordan Peterson through his tweets and YouTube videos. A thorough exposition of Peterson’s abysmal understanding of politics is beyond the scope of this article. Suffice it to say that, whether he intends it or not, YouTube’s Preeminent Father Figure (his words) doesn’t just encourage alienated young people to improve themselves, but purposefully draws them in with the self-improvement shtick before overtly nudging them to the political right.

However, the right-wing manifestation of individualist ideology is only part of it. On the other hand, we see self-care culture, whose proponents are primarily liberal-leaning and openly embrace the language of mental health. This subculture suggests measures such as splurging, treating yourself, adjusting your diet and exercise habits, drinking water, seeking therapy, meditating, living holistically, and thinking positively as solutions to the rising rates of depression and anxiety. The cause of psychological ails, this logic suggests, is simply that people have lost focus on themselves. If only people would treat themselves better, then perhaps they would feel better. But aside from a narrow understanding of why human needs like proper nutrition and relaxation have declined in quality in recent decades, proponents of this subculture incorrectly believe that depression and anxiety are privatized problems—the result of mere chemical imbalances in the brains of individuals.

The rise of self-care culture is reflected in its cooptation by the self-help industry. In an article titled “The Millennial Obsession With Self-Care,” NPR reports that millennials spend twice as much as baby boomers on products related to self-care. This is especially telling as millennials have been blamed for “killing” a range of industries because they have less disposable income than previous generations. The fact that millions of young people choose to spend their limited funds on self-care is indicative of deep dissatisfaction with capitalist society. Of course, it is good that a growing number of people are trying to address their mental health and that they are concerned with destigmatizing it. But more broadly, it highlights worrying developments about our public health, however positive the temporary, individual results of self-care may be. 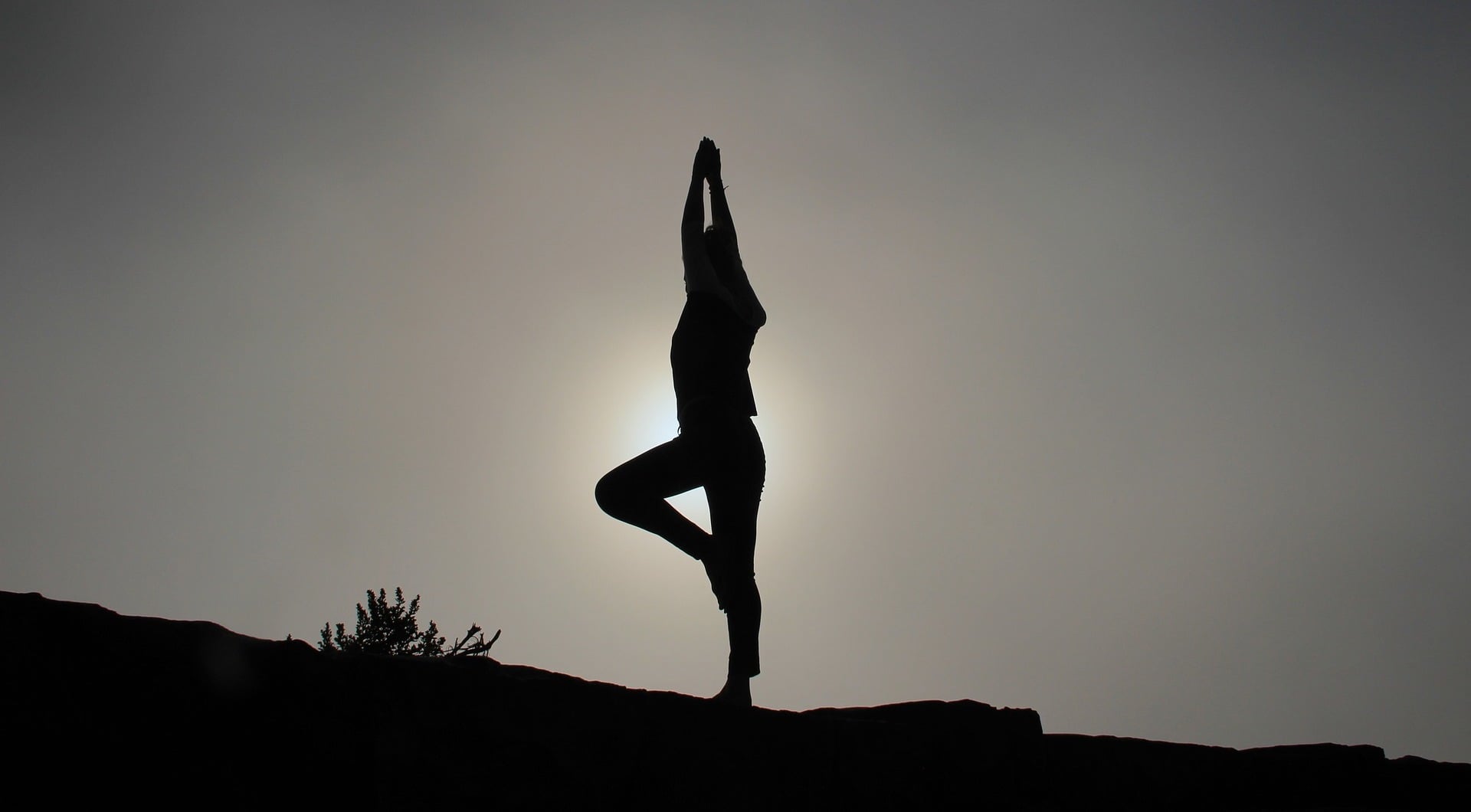 Millennials spend twice as much as baby boomers on products related to self-care.

Trends and subcultures do not develop by accident or without cause. The emergence of these parallel phenomena reflects the broader trend of rising rates of depression and anxiety, as well as generalized dissatisfaction with life under capitalism and a search for answers to life’s difficulties. And although they both appeal to groups who consider themselves opposed to one another, they are ultimately two sides of the same idealistic, individualist coin. Both subcultures suggest that we can address systemic problems through individual actions—a petty-bourgeois, utopian fantasy.

Both subcultures present logically flawed solutions. Common sentiments among the self-improvement camp are the need to “clean your room!” and the idea that before you have any right to criticize society, you must get your own life together. But what if there are societal reasons for the difficulties you face in getting your life together? What do you do if you cannot find work, afford a gym membership, or proper nutrition? What if you do everything “right” and still find yourself defeated by market forces? And what if you cannot afford self-care products and services, or lack the time necessary for treating yourself due to your work schedule? Do we really want to live in a world in which the majority of our free time is spent recovering from and overcompensating for the relentless pressures of capitalism? Clearly, changes in lifestyle are not sufficient on their own, and not possible for all.

This does not at all mean that Marxists oppose self-improvement and self-care as such. There is nothing wrong with many of the activities suggested by either subculture, nor would socialism be a world without individual care and development. On the contrary, we oppose capitalism, in part, because it directly disincentivizes self-enrichment, encouraging the accumulation of capital or higher wages above everything else. Under capitalism, an individual who chooses to prioritize their hobbies and social well-being runs the risk of being “outcompeted” by those more willing to subordinate those needs to the logic of profit motive. 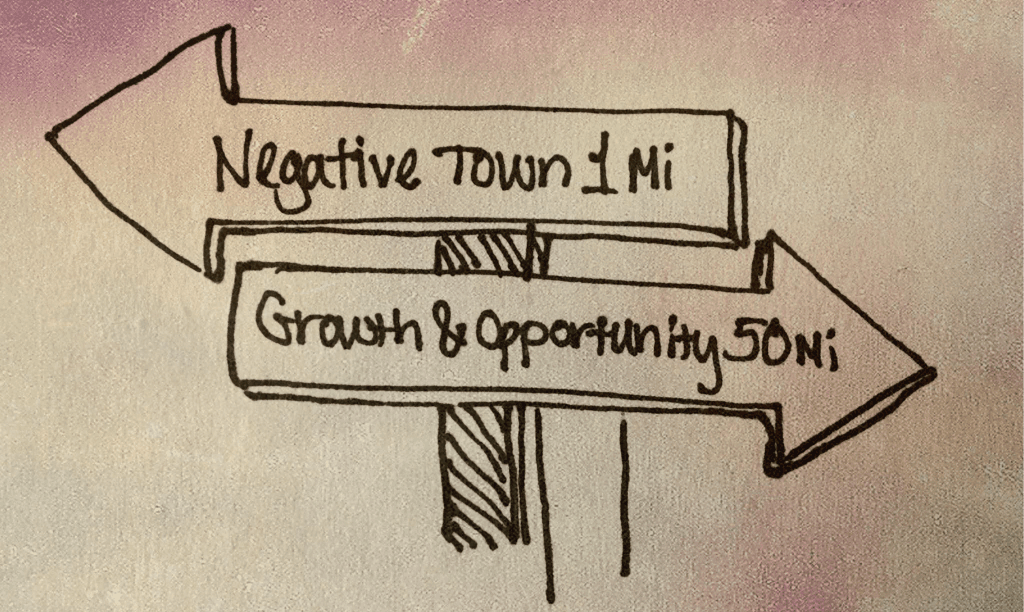 Marxists don’t agree with the flawed conclusion that systemic problems can be resolved through individual actions and changes in lifestyle.

However, we must oppose and combat the notion that self-improvement and self-care are, in the abstract, genuine means of overcoming the problems of capitalist society. Certainly, such methods should be employed by anyone who finds them useful as a way of temporarily coping with life under capitalism, but we should not be content with simply “coping” forever. A socialist society would provide everyone with adequate housing, quality nutrition, stable employment, and a vastly reduced workweek. This alone would transform societal health, not to mention vastly improved access to cultural activities and opportunities for self-development and expression. Self-improvement and self-care would no longer be means for advancing economically or recovering from societal ills but ends in themselves.

In the absence of mass workers’ organizations fighting collectively against the bosses to improve our quality of life, it is no surprise that people seek solutions in isolation. However, as many are coming to realize, these individual “solutions” lead nowhere meaningful. The only effective way to address the rise in depression and anxiety is to end the economic order which places the vast majority of people in a tumultuous, insecure position, and build one in which human need is prioritized; that is, to end capitalism and build socialism. But that cannot be achieved through lifting weights or lighting candles, but only through unified collective action.

The crisis of mental health is neither “human nature” nor the sum of millions of individual experiences. It is a systemic problem with a systemic solution. Nothing prevents us from creating an unimaginably superior world but the fetters of capitalism.