Socialism: Change We Can Actually Believe In 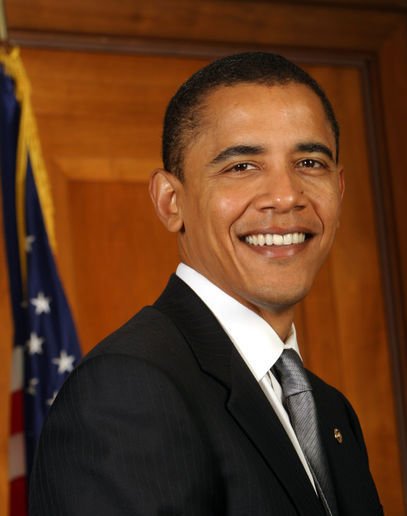 It’s official. Barack Obama is the presidential candidate of the Democratic Party. His rapid rise to national prominence and eventual nomination have left millions of American workers and youth dizzy with hope for real change. Many have lamented or attempted to justify his shift to the right since he won the nomination (a shift from the so-called “center” of U.S. politics as he has never been on the “left”). But few have drawn the logical conclusion from this: that as we have explained time and again in the pages of Socialist Appeal, Obama does not represent real change and is organically incapable of changing anything fundamental. How could he? He is a Big Business politician and he will defend Big Business’ interests.

It’s understandable that so many people see in him what they would like to see. But the serious bourgeois press has a far more sober approach. They know that both Obama and McCain are stuffing their pockets with millions from Big Business as they prepare to take the helm of the most powerful economy and imperialist war machine in history. There is a lot at stake in these times of crisis; above all, the profits of corporate America and the very stability of the capitalist system.

According to the Wall Street Journal, Obama’s changing rhetoric is an admission on his part that the “conservatives are right” on most issues. The Journal then concludes that whether it’s Obama or McCain, it will in effect represent a third term for Bush. And who would know better than the leading mouthpiece of American Big Business?

The smarter elements of the ruling class understand that it is probably in their interests that Obama win. Just as Bill Clinton was able to charm his way into dismantling the social safety net while pursuing an aggressive foreign policy, someone like Obama would likely be better able to contend with the economic, social, and political crisis threatening the system. A McCain victory would mean an instantly emboldened anti-war movement and even greater disillusionment with the two party system.

After eight years of Bush’s disastrous policies, Obama should be able to wipe the floor with the incumbent party’s candidate. In the early days of his campaign, he demagogically reached out to the millions of workers and poor who want quality jobs, universal health care, education, affordable housing and an end to the war, leading to the wave of “Obamamania” that swept the nation and even the world. However, Obama’s true colors are now coming out, and he appears to be focused on winning “the center,” of appealing to the most conservative elements of the Democratic Party and Independents.  If he continues this approach, then the election will be decided on questions of “morals,” “character,” race, and personality. If this is the case, Obama may well lose the election. In fact, some polls show that McCain has made gains on Obama’s lead, and one poll, conducted by Reuters/Zogby, showed McCain ahead by 5 percent.

The fact is, the two main capitalist parties are so similar, even on the surface, that voters have little incentive to vote for one or the other, except when it comes to secondary “moral” and social issues. For example, it was rumored at one point that Obama might pick Republican Senator Chuck Hagel from Nebraska as his running mate (not that Joe Biden’s policies are that much different at root). And Joe Lieberman, former Democratic vice-presidential candidate in Al Gore’s failed 2000 bid, is slated to speak at the Republican National Convention. Many Hillary Clinton supporters have made it clear that they would rather vote for McCain than Obama, and during the primaries, many Republicans said they would prefer Clinton to McCain. 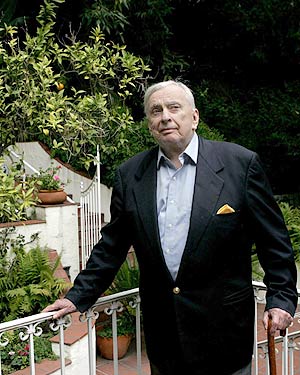 Perhaps the American novelist and political commentator Gore Vidal said it best way back in 1977: “[T]here is only one party in the United States, the Property Party … and it has two right wings: Republican and Democrat. Republicans are a bit stupider, more rigid, more doctrinaire in their laissez-faire capitalism than the Democrats, who are cuter, prettier, a bit more corrupt – until recently… and more willing than the Republicans to make small adjustments when the poor, the Black, the anti-imperialists get out of hand. But, essentially, there is no difference between the two parties.”

Nonetheless, the thirst for change runs deep. A recent report on campaign contributions by active duty servicemen and women both overseas and at home, shows that they have a definite, albeit contradictory, anti-war and anti-“business as usual” leaning. Obama, who despite his real policies is perceived by many as being more “anti-war,” has received six times more in contributions from soldiers than McCain, the “decorated veteran.” Republican Ron Paul, whose anti-war sentiments stem from a conservative, libertarian perspective, received 4.5 times more money from military personnel than McCain. It is clear that those actually doing the killing and dying in the “war on terror” are looking for something different.

And according to a poll by the Pew Research Center for the People and the Press, a majority of U.S. adults, 56 percent, are in favor of a third major political party. This, despite the current lack of a truly viable third party with a nationwide presence. With the approval rating of the Democratic-controlled Congress at just 9 percent, it’s no wonder so many people are open to the idea of a new party. This underlines the tremendous potential for a mass party of labor in the U.S. And still, the unions continue to pour millions of dollars into the failed strategy of “pressuring” the Democrats into defending workers’ interests.

But how can a party headed by a handful of millionaires and billionaires fight in the interests of the working class majority? How can McCain, who along with his wife is worth some $100 million, and Obama, whose 2007 tax returns showed an income of $4.2 million, know anything about the problems faced by working people?

The Consumer Price Index, a key measure of inflation, has jumped by 5.6 percent in the year since July 2007, the worst increase since the Gulf War in 1991.  The four-week moving average of unemployment stood at 440,500 in July, the highest reading since April 2002. From July 2007 to July 2008, energy costs rose 29.3 percent, with gasoline up 37.9 percent. Food costs have risen by 6 percent over the same period. Although prices will likely ease as summer comes to an end, the damage has been done. Millions of workers have suffered while billions in profits were made.

The WIL supports Cynthia McKinney’s “Power to the People” presidential campaign as an example of what is possible outside the narrow limits of the two bosses’ parties. But what U.S. workers and youth ultimately need is for the unions to break with the pro-capitalist Democrats and the building of a mass party of labor, fighting for a socialist program. In the final analysis, only the socialist transformation of society can put an end to the war, racism, inequality, poverty, and misery that are part and parcel of the capitalist system. Now, that’s change you can believe in.